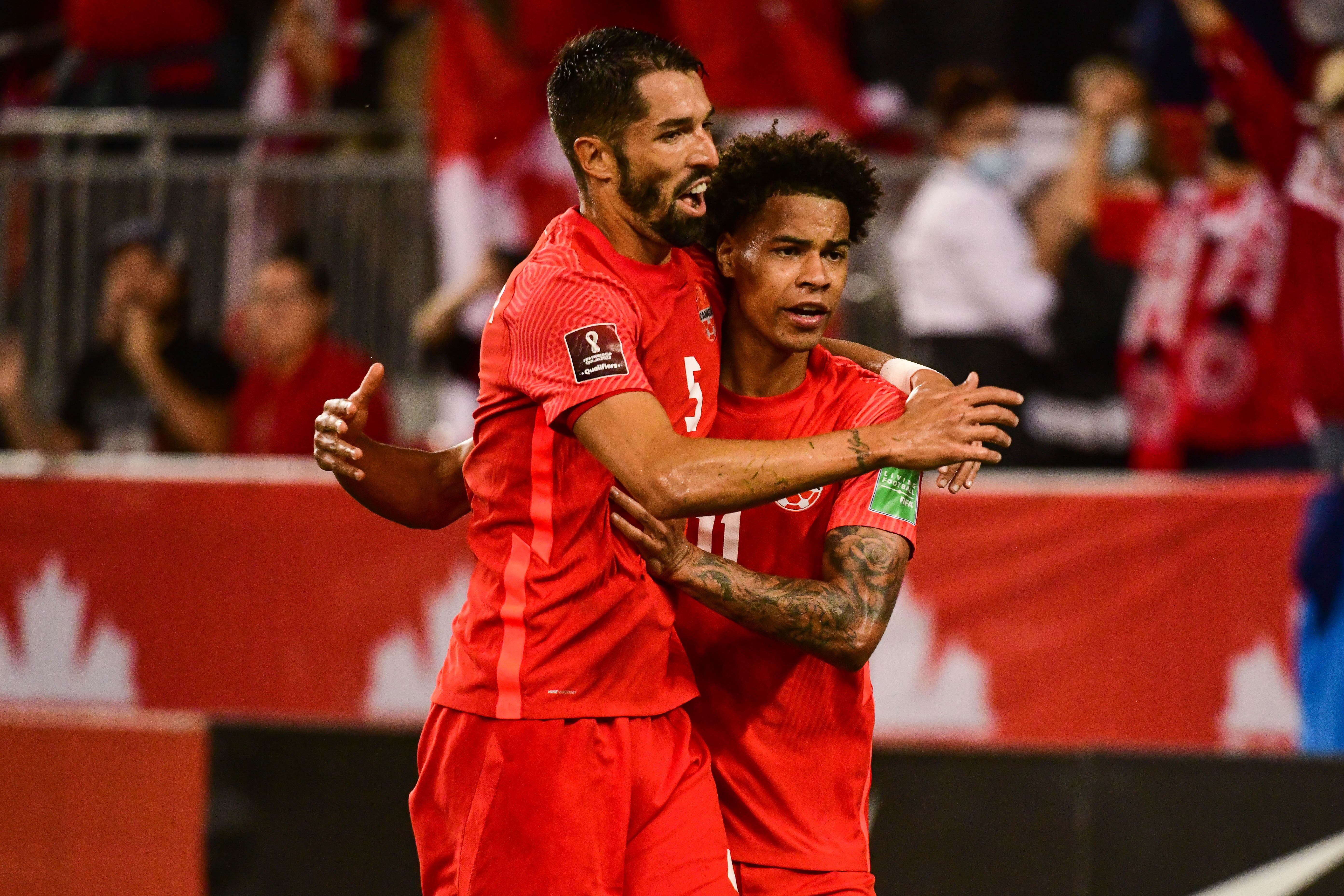 The Canadian men’s national team survived an early scare at BMO Field on Wednesday night, as they fought back after conceding first to beat Panama, 4-1, in their third and final match of this window in FIFA World Cup Qualifying. The visitors opened the scoring just five minutes in after a defensive breakdown proved costly and allowed Rolando Blackburn to give Panama a lead.

Canada took over from there, though; they scored an equalizer midway through the first half as Alphonso Davies’ corner kick delivery deflected off a Panamanian defender and into the net. After halftime, the hosts continued to press forward, and they found the breakthrough in the 66th minute: Davies, at full sprint, kept a ball in play at the touchline and took the ball into the box himself, where he fooled the ‘keeper with a low finish.

Just a few minutes later, Tajon Buchanan made it 3-1 with an incredible towering header, and Jonathan David added another to open his account in the Octagon and cap off an electric night in Toronto for Canada.

With the win, Canada will finish this window in third place in the Octagon — keeping them in one of the spots for automatic World Cup qualification.

As he’s done so often with this Canadian men’s national team, John Herdman pulled out a new trick with his lineup for this game. Most notably, star left winger/fullback Alphonso Davies lined up for this contest as a free-roaming striker, linking up with Jonathan David in a front two.

After a bit of a feeling-out process in the first few minutes, Davies was absolutely electric in that forward role. In the first half, he was far and away the best player on the pitch — he usually is for Canada, of course, but he was on another level on Wednesday. Davies had freedom to attack Panama on the dribble, which he did to tremendous effect too many times to count.

Canada’s equalizer in the first half was mostly Davies’ doing, as well: it was his pace and creativity that won the initial corner kick for Canada (which turned into a run of several back-to-back), and his delivery to Tajon Buchanan was perfect to provide the assist.

Ultimately, Davies was able to completely take over the game from his central position, getting on the ball in the attacking half more than he typically might as a wingback; the Bayern Munich star pulled Canada forward almost on his own at times, playing incredible through balls to David — who was making good runs, but still seemed to be lacking the clinical finishing ability he’s shown recently for his club.

Davies’ goal was one of the best any Canadian men’s team player has ever scored for Les Rouges, and it came at the greatest possible moment. The man is a superstar, and he came through on the greatest stage when his team needed him most.

Canada fight through adversity, gamesmanship to survive in must-win game

The pressure was on Canada from the get-go in this one, absolutely needing a result to keep the pace in the Octagon. That pressure increased tenfold when Panama scored just five minutes in.

There were a lot of moments in this game where it felt like it might go wrong — the many shouts for penalty kicks in the first half, the cynical fouling, the early time-wasting from Panama (the goalkeeper in particular) — and, at moments, the situation seemed to get to them. Frustration was certainly mounting near the 20-minute mark of the first half, with Canada unable to convert from a massive amount of possession.

As they’ve done in the past, though, Canada fought through the adversity and got the job done in the end. Certainly, conceding early is a concern — and not for the first time this year with this team — but that they’re so consistently able to come from behind and roll with the punches is an incredibly positive sign.

Things very nearly boiled over on a few occasions — right before halftime, both benches cleared when the Panamanians took issue to Canada’s substitutes standing too close to the corner flag as they prepared to take a set piece, and the bad blood continued after the final whistle. Those kinds of extra-curriculars probably played into Panama’s hands, but Canada ultimately let their superior quality do the talking.

On a night where they absolutely had to have the win, John Herdman’s side dug deep and found an extra gear rather than succumbing to frustration.

"It was an electric atmosphere." #CANMNT #WCQ #ForCanada pic.twitter.com/JcZggkf7vE

Canada did not defend particularly well for vast stretches of the first half — the goal, a fast counter-attack from Panama, was probably preventable; not only did Canada get caught with men forward, the centre-backs who were in position did not put nearly enough pressure on the ball and gave the Panamanian players far too much space to operate.

Kamal Miller in particular had a rough first half, getting dragged out of position by Panama’s off-ball runners far too often, and struggling to connect his passes out of the back at times. Canada had to do more desperation defending than they would have liked early on, with Panama causing serious troubles with their directness down the flanks.

Eventually, though, Canada settled down significantly. Miller and Steven Vitoria brought an element of calmness to the back as did Alistair Johnston — Canada shifted at times to play with a tight back five out of possession, in which Alistair Johnston played a key role with his ability to read a play defensively.

This was a game that could’ve unravelled quickly — even after Canada equalized, Panama had a few chances that did nothing to calm the nerves of the BMO Field faithful, and a handful of set-piece opportunities where they certainly could’ve changed the course of the game dramatically.

Canada held firm in the moments when they needed to, though; they managed to shut down Panama almost entirely in the second half, limiting them to toothless shots from distance that Maxime Crepeau could parry easily.

The defending in the early stages is a concern for this team, who would like to be stronger over the full 90 minutes, but the fact that they were able to adjust on the fly and solve the issues says a lot about the team’s ability — and Herdman’s coaching acumen.

We have run out of adjectives with which to describe this player. Davies, cementing his status as the best player in Concacaf, played perhaps his finest ever game in a Canada shirt, delivering in style when his country needed him most.

This international window has now ended, but Canada still have eight games remaining in this round of World Cup Qualifying. Up next, they’ll be in Edmonton next month when they host Costa Rica on November 12. All Canadian national team matches are available live on OneSoccer.