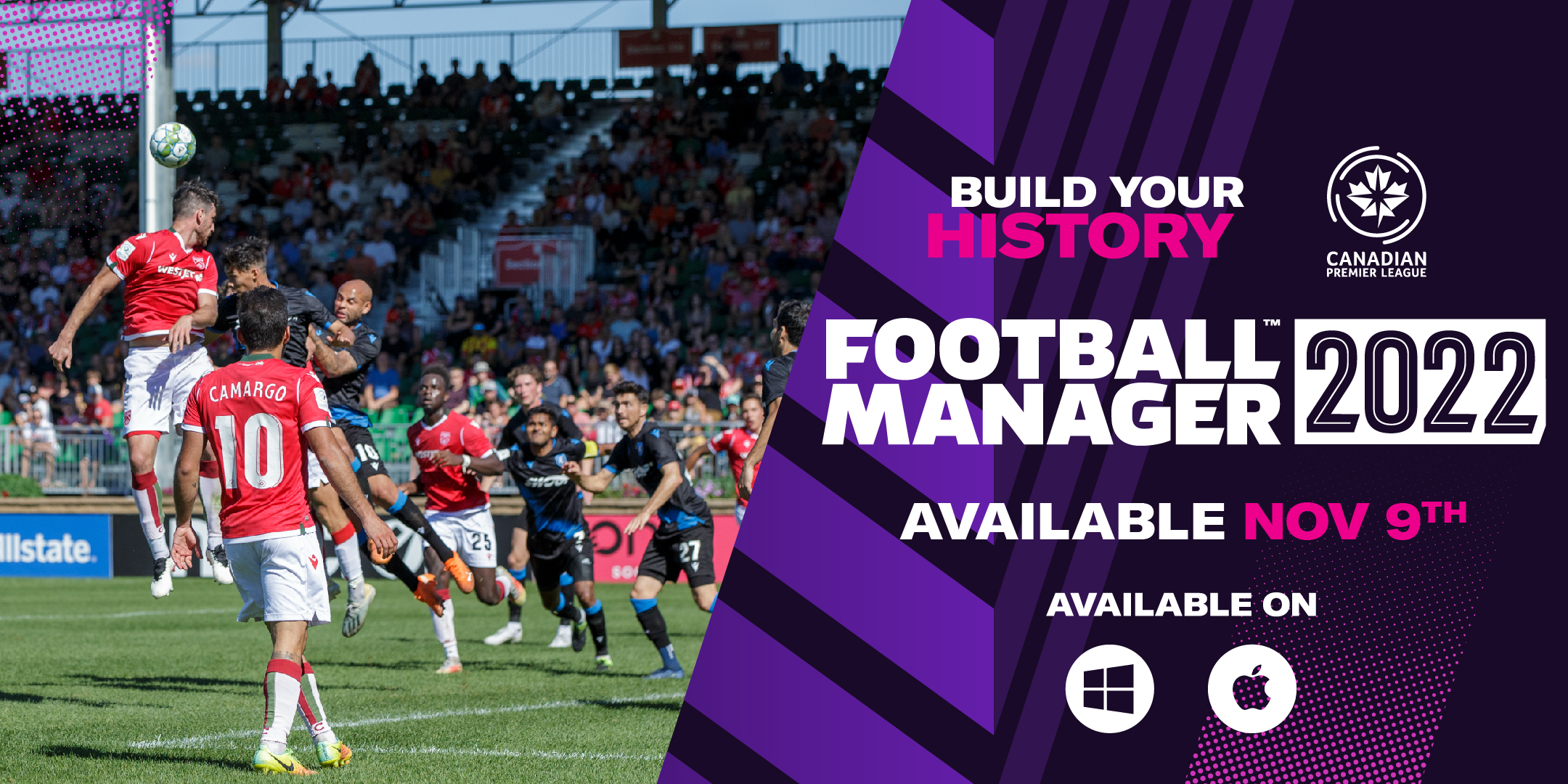 The Canadian Premier League is back in Football Manager for FM22 – the latest installment of Sports Interactive’s longtime soccer simulation series formally released on Monday.

Play and manage all eight CPL clubs with officially licensed kits, headshots, and rosters. FM22 is available to be downloaded here on Steam, Epic Games, Xbox, Nintendo Switch, and on mobile.

Can you follow Bobby Smyrniotis’ lead at the helm of Forge FC, guiding Hamilton to continental glory? What about Pacific FC, committing to a style of play and utilizing standouts like Marco Bustos to guide your team to the CPL Playoffs and beyond? The choice, and the squad, is yours.

FM22 is the third game CPL has featured as an officially-licensed league, the first of which came in an exclusive patch for FM20 back in 2019.