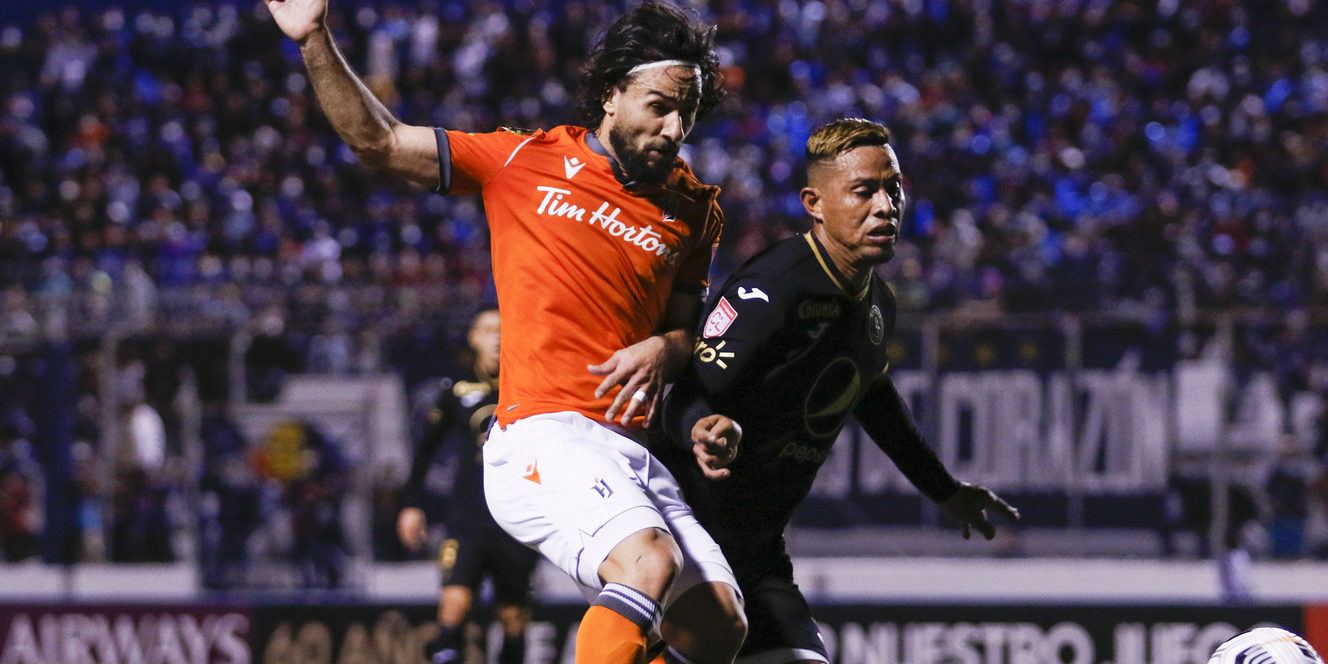 Forge FC’s 2021 Concacaf League journey came to an end on Wednesday night in Honduras, as a hard-fought 0-0 draw with FC Motagua eliminated them on away goals. Both sides had a slate of chances to break the deadlock at Tegucigalpa’s Estadio Nacional, but in the end neither club could find the net — which favoured the hosts, after the 2-2 draw in last week’s first leg at Tim Hortons Field.

Everyone knew heading into this fixture that Motagua would be perfectly happy with a 0-0 or 1-1 draw, considering their two away goals from Leg 1. Toward the final stages of the match, the dark arts of time-wasting certainly showed up — there’s no way all three minutes of stoppage time in the second half were fully played amid all the delays — but regardless, the opposition did very well to preserve the result they needed.

By playing the way they did, Motagua showed their Canadian guests a high level of respect, which Forge have earned over three years in the Concacaf League — coach Bobby Smyrniotis revealed postmatch that even Motagua’s fans gave Forge a standing ovation as they left the field, which is a very rare sight in Central America.

“I think both teams wanted to limit risk in their own half,” Smyrniotis suggested. “We’ve created some excellent opportunities — Navarro’s probably got another three on his plate there where he’s done a good job of getting in behind them. Credit to the opponent as well, they had those opportunities to score.

The prevailing sentiment from the Forge camp, surely, is that they have nothing to be ashamed of from bowing out in that fashion. They’ve accomplished incredible things in this year’s tournament — beating CD FAS, Independiente, and Santos de Guápiles, then finishing 2-2 on aggregate with Motagua.

At the end of it, Forge have continued to make a name for themselves and for Canadian football in some of the most passionate soccer countries in the world, despite their short history. Just like last year, they took one step further in the competition, having played their entertaining brand of soccer throughout.

Just like they did the week before at Tim Hortons Field, Motagua were very deliberate with how many players they sent upfield to press when Forge had the ball. With key ball-movers Daniel Krutzen and Elimane Cisse both out of the lineup, Forge’s ability to play out of the back was hindered somewhat, though Alexander Achinioti-Jonsson’s return as a deep-dropping midfielder helped in that regard.

Still, Forge found it very difficult to establish their build-up play, which manifested in a heavy advantage for Motagua in possession. Quick forwards and midfielders were aggressive in closing down Forge’s defenders and even goalkeeper Triston Henry, which in turn forced sloppy passes for Motagua to intercept, or long balls into touch that surrendered possession.

Motagua ended up with 57% possession, limiting Forge to just 193 passes completed (55 missed), all of which fall well below the usual standard for the Canadian side. That’s a credit to Motagua’s quality and fitness, that they were able to press so comprehensively.

The visiting side improved significantly in the second half — they seemed to settle into the affair and started making better passes and winning more of their duels. Of course, the atmosphere in the stadium was surely enough to shake any unfamiliar visiting time in the early going, but it’s a credit to Forge that they found themselves relatively quickly and, ultimately, looked the better side in the second 45 (though Motagua certainly had the best chance of the night — a play that Gonzalo Klusener will want back).

It’s hard for a team like Forge who loves to play in transition to get off the ground when they’re being pressed so aggressively — at times, it seemed Motagua were able to set traps and force Forge to slow down or play backwards — although they certainly did break the press a few times.

Kwame Awuah and Omar Browne, on the left and right flanks respectively, used their pace and vision to get into pockets behind the Motagua fullbacks when they stepped forward to join the full-team press, which led to some of Forge’s best chances to score (most notably, Awuah’s run to win a footrace and send in a cross that Josh Navarro very nearly scored).

Perhaps the strangest part of this ordeal is that Forge have absolutely no time to lick their wounds after a disappointing semi-final loss. They’ll fly back home to Canada as quickly as possible, where Pacific FC await them for this Sunday’s Canadian Premier League Final.

This is not the first time Forge have had to quickly shake off a result on a short turnaround; even this season, they lost (in heartbreaking fashion) in the Canadian Championship to CF Montreal, before diving right into another CPL match followed quickly by the Concacaf League quarter-final. This time, the pain of losing in this competition will directly fuel their preparation for the CPL Final: winning on Sunday gives them another shot at winning the Concacaf League trophy, which this club will want desperately.

They put in a good, resilient performance in front of a rambunctious home crowd and they did themselves proud — as they always do in this competition, it seems.

“Anytime you lose a semi-final, it sucks,” Forge captain Kyle Bekker said of the result. “But when you take a step back and you look at the entire scope of the situation, there’s nothing anyone in our locker room can hang their head about. The boys have to be proud of how we’ve come down here, we’ve gotten a result on the road. Yeah, you can say we’re not playing in the final and as I said before that stinks, but the bigger picture is incredible, man. It was an exciting game, a tough place to play — the atmosphere was fantastic — but listen, we took one of the biggest teams in Concacaf on in two games, and they didn’t beat us. We have to be proud of that.”

Now, Forge will be desperate to end their memorable 2021 season on another high note. Bobby Smyrniotis spoke postgame about flipping a switch; with just a few days before the Final, they have to immediately find their edge to

“It’s a motivating factor; I’m not in the business of losing finals,” Bekker added. “There’s a group of guys in our locker room right now who’s just as hungry to lift another trophy for our team in the CPL.”

For the second consecutive match, Awuah was a major difference-maker for Forge. He created many of their best chances (including their most dangerous, which Josh Navarro nearly finished), and he was influential on both sides of the ball thanks to his relentless workrate.

Up next for Forge is a quick turnaround to the weekend, as they host Pacific FC this Sunday, December 5 in the Canadian Premier League Final (4:30 pm ET). Motagua, meanwhile, advance to the Concacaf League Final, where they’ll take on Guatemalan side Comunicaciones. Watch all matches live on OneSoccer. In addition to its website and app, OneSoccer is now available on TELUS channel 980 and on Fubo TV. Call your local cable provider to ask for OneSoccer today.