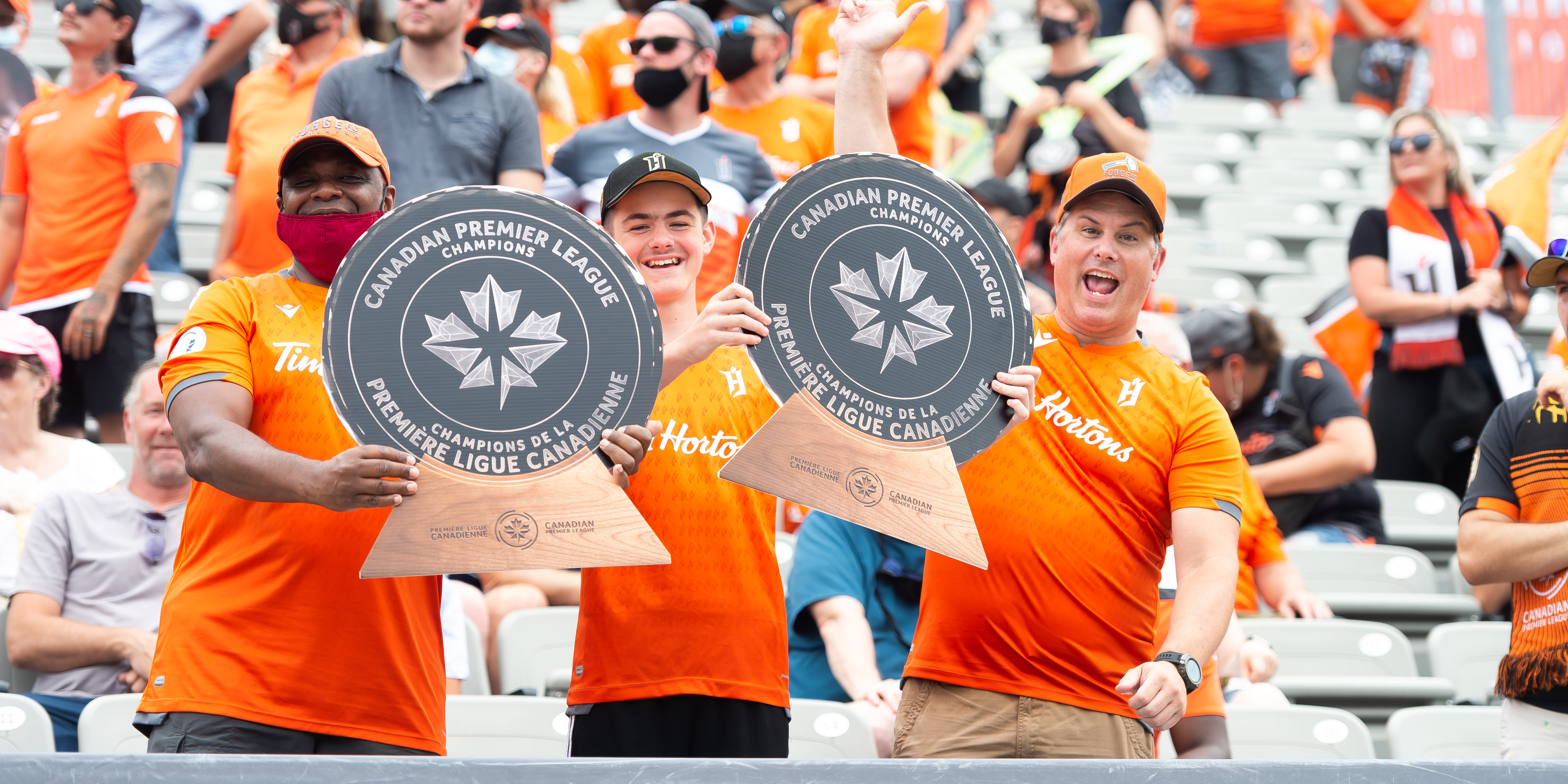 After defeating York United 3-1 in their semi-final match at this same venue, Forge will look to complete the hat trick, a feat that may never be repeated for all we know. The Hammers won the regular season, edging out Cavalry FC for first place, and locked down home field advantage through the playoffs.

Their 50 points from 28 regular season matches is five more than Pacific’s 45. The Tridents struggled a little bit heading into the playoffs, falling from first to third in the latter stages of the campaign, but they beat Cavalry on the road in their semi-final match, earning a spot in the season finale against a Forge FC side they have never won against.

While playing at home is also an advantage for the Hammers, here are three other reasons why Forge FC will win the 2021 CPL title.

1. They’ve done it before

Forge have dominated the first three years of the Canadian Premier League.

They, just behind Cavalry FC, ran away from the rest of the pack in the 2019 regular season, and beat their rivals from Alberta 2-0 over two legs in the inaugural CPL Final.

They took care of business at Tim Hortons Field in the first leg, beating Cavalry 1-0 on a goal from Tristan Borges, before heading to ATCO Field and securing the North Star Shield on a stoppage time winner from David Choinière.

They took that big game experience into the 2020 season, and repeated as champions. After advancing past the first round of the Island Games and then advancing into the final after a second round robin, Forge took on HFX Wanderers in the final.

Alexander Achinioti-Jönsson scored the winning goal for Forge FC around the hour mark, heading home a cross from Mo Babouli, before Maxim Tissot doubled the lead in the 90th minute with a free kick from long range that Wanderers goalkeeper mishandled.

Forge also have some important knockout match experience from Concacaf League, reaching the quarter-finals in 2020 and going one step further before losing in the 2021 semi-final this past week (more on that in a moment).

Whoever manages the nerves better in this match and draws on that past experience will likely have the upper hand.

No professional sports team enjoys losing, and Forge FC are no different. They rarely get outplayed, and when they are on the losing end of a big game, they bounce back quickly.

Earlier this season, for example, they lost at the semi-final stage of the Canadian Championship on penalties to MLS side CF Montreal after outplaying them for large stretches of the match. Forge responded with a dominant 4-1 victory over HFX Wanderers, before beating Santos de Guápiles 3-0 in a Concacaf League tie, and following that up with two important wins on the road at York Lions Stadium against their local rival York United.

In 2019, after losing 4-1 to Olimpia in the Concacaf League, they won five of their next eight matches, drawing the other three.

After bowing out of the 2021 Concacaf League at the semi-final stage on Wednesday, captain Kyle Bekker caught people’s attention when he said that he is “not in the business of losing finals” when asked about Sunday’s upcoming match. It’s that kind of winning mentality that makes Forge so hard to beat on any given day, but especially after a bit of adversity.

.@ForgeFCHamilton captain Kyle Bekker on playing #CanPL Final after tonight: "It's a motivating factor. I'm not in the business of losing finals."

Forge technically didn’t lose either of their Concacaf League semi-final matches, drawing 2-2 at home and 0-0 away to go down 2-0 on away goals, but that’s little consolation for them considering they were knocked out of the competition.

Forge will be on a mission to both avenge that defeat, and win an unprecedented third straight title on Sunday, so Pacific need to be ready for a high-intensity game of football.

3. They have two CPL Player of the Year winners

As mentioned above, Forge FC have been a powerhouse in the first three years of the Canadian Premier League — thanks in large part to the high calibre of players they’ve been able to recruit.

In 2019 it was the “Killer B’s” — Tristan Borges and Kyle Bekker running the show for Forge. Borges ended up winning the Golden Boot, scoring 13 goals (including the winning goal in the final), and went on to pick up the Player of the Year and U21 Canadian Player of the Year awards as well.

Bekker was also nominated for the Player Of The Year award in 2019, and in 2020 took it a step further and won the award as he lifted the North Star Shield for the second time as Forge FC captain.

While Borges wasn’t with the team in 2020, as he was sold to Belgian side OH Leuven after the 2019 season, he returned to the Hammers on loan for the 2021 season. He hasn’t reached his 2019 heights but has remained a formidable part of the Forge attack, especially in the latter parts of the season.

At the start of the year Bobby Smyrniotis was often playing Borges out wide, usually on the right wing, but has more recently started playing him as a central attacking midfielder.

The move has worked wonders. In Forge’s semi-final win over York United, for example, Borges was all over the pitch, and it was his perfect through ball to Woobens Pacius that gave Forge an early lead.

If these two are on their game on Sunday, Pacific’s defenders will have a lot on their hands.