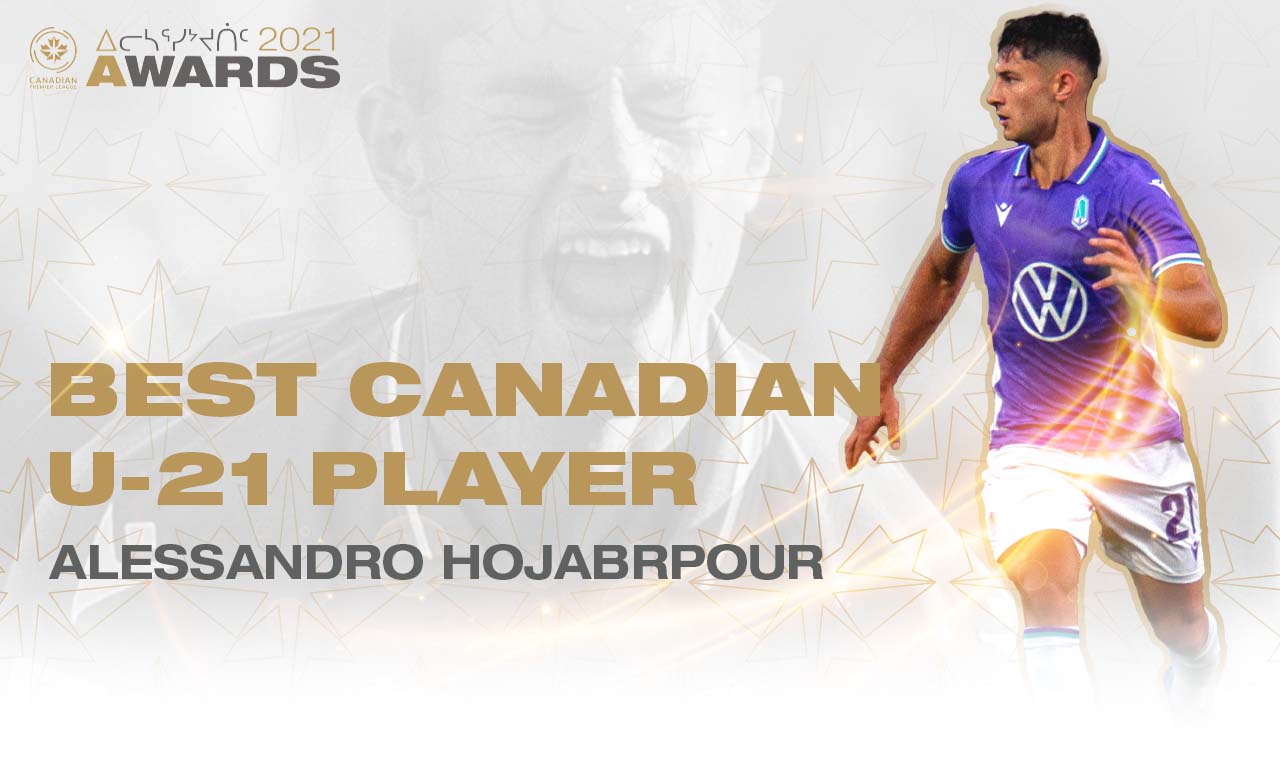 Pacific FC’s Alessandro Hojabrpour, just over a week after his heroics in the Canadian Premier League Final, added another accolade to his resumé on Tuesday as he was named the league’s Under-21 Canadian Player of the Year for the 2021 season at the CPL Awards ceremony in Toronto.

Hojabrpour has now played three seasons in the CPL despite still being just 21 years old, having signed for the Vancouver Island club as a teenager in early 2019. This year, he made 26  CPL appearances for Pacific, playing the seventh-most minutes (1,899) on the team — meaning he alone would have fulfilled the Tridents’ 1,500 U-21 minutes requirement. He became an integral part of the Pacific lineup this season, establishing himself as one of the most reliable central midfielders in the league.

The Burnaby, British Columbia native scored two goals in 2021 — one of which was perhaps the most important in his club’s history, with his near-post header in the CPL Final at Tim Hortons Field to deliver Pacific a 1-0 win over defending champions Forge FC and deliver them their first-ever league title.

“I’m lucky enough to be so young, tasted what it is and what it takes to win a championship,” Hojabrpour said after winning the award. “It’s been a fun couple of weeks, but you kind of enjoy it for a bit then it’s on to the next one. Once you get a taste of what it’s like to win, you don’t accept anything less than that kind of thinking in the future.”

His role at Pacific has grown over his years with the club, having seized an opportunity in 2019 and making himself a crucial part of the team’s play. He joined the squad after two years in Bulgaria playing for the U-19 team of Lokomotiv Plovdiv, though he also spent several years of his youth career closer to home in the Vancouver Whitecaps academy.

“It started with how tight-knit this group is,” Hojabrpour said about the honour and his Pacific team. “It always makes it easier when players are playing for each other, all the way to the coach. And we started from there, we built a family and a community on the Island and they help push us.”

Hojabrpour captured Tuesday’s honour after besting fellow nominees Victor Loturi of Cavalry FC and York United’s Max Ferrari in a poll of media writers and reporters from across Canada. He’s the third winner of this award, joining Forge FC’s Tristan Borges from 2019 and Cavalry FC’s Mo Farsi from 2020.