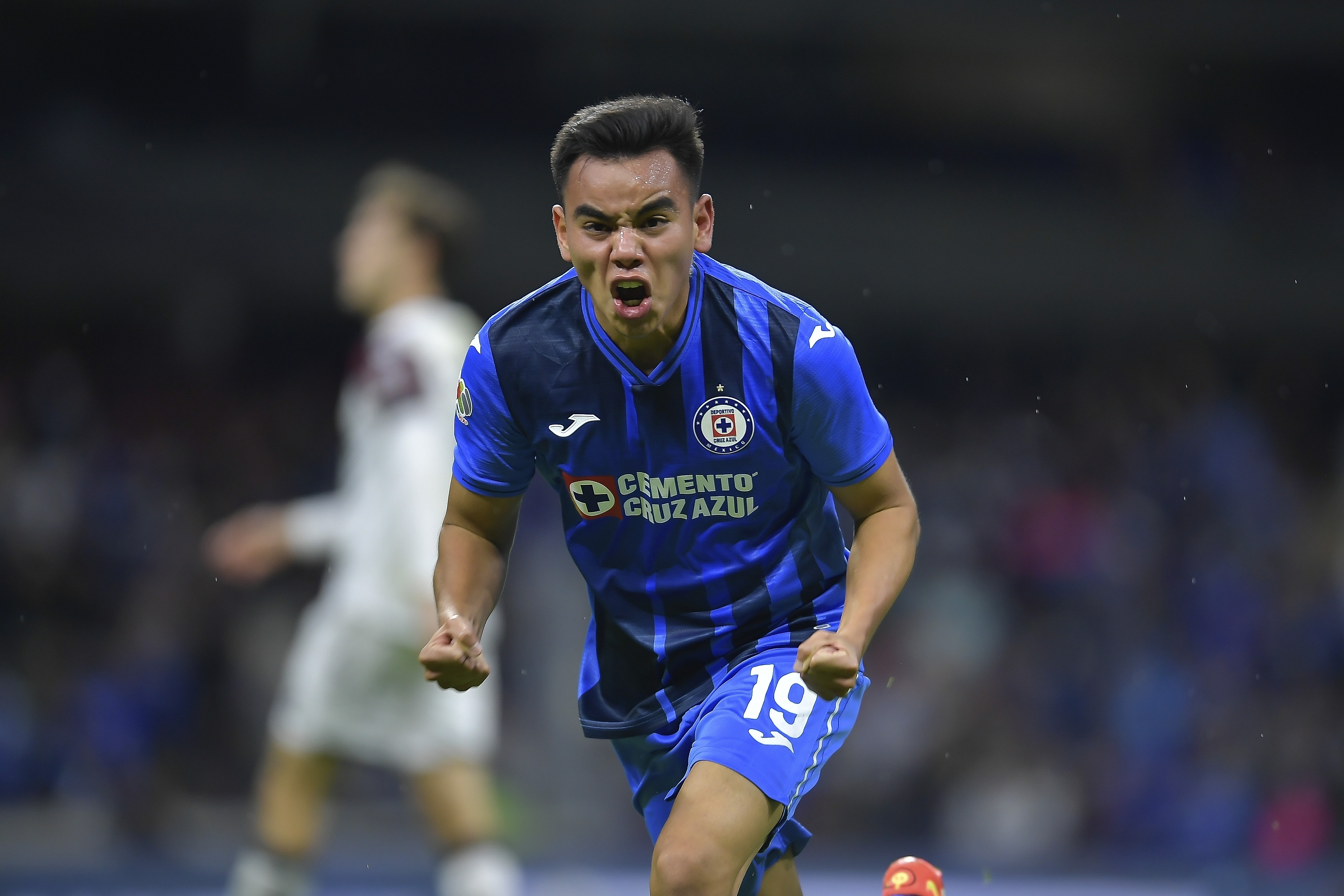 Forge FC’s first-ever foray into the Concacaf Champions League was always going to be a monumental episode in their history, regardless of the opposition. But when they found themselves drawn against Mexican side Cruz Azul, the promise of a two-legged round of 16 tie with a true Concacaf giant and a trip to Estadio Azteca was positively mouth-watering.

This Wednesday, February 16 will see the 2021 Liga MX Clausura title winners take the pitch at Tim Hortons Field in Hamilton in what will, undoubtedly, be a fascinating test for the CPL outfit Forge. As always when they take on new challenges in the continental game, Bobby Smyrniotis’ Forge will not be intimidated by the stature or gravity of their opponents, but nonetheless there’s a reason this particular draw makes the tie a little more special.

To begin: Cruz Azul are one of the oldest and most successful clubs in Mexico. They’ve won nine Liga MX titles (fourth most), and they’ve been crowned champions of Concacaf six times (most recently in 2014) — more than all but one other club in the region. Founded in 1927 in Mexico’s Hidalgo region, they moved in 1971 to the capital Mexico City — and the fabled Azteca. Despite their storied history, though, the 21st century has been a little dry for Los Cementeros.

In fact, their 2021 title was the first time they’d won the league since the 1997 season, when they became the first club to win a North American treble — Liga MX, Copa MX, and Concacaf championships. Recently, though, Cruz Azul have been very competitive, both at home and abroad.

Cruz Azul enjoyed a strong run in the Champions League just last year, where they beat Haitian side Arcahaie (remember them?) 8-0 on aggregate before defeating Toronto FC in the quarter-finals, though they bowed out in the semi-finals against fellow Mexican side Monterrey. This year, their third consecutive appearance in the CCL, they have serious designs on winning the trophy, coming in as the highest-seeded team in the tournament. That said, Arcahaie did hold them to a 0-0 draw at home in their tie last year (before the eight-goal deluge in Mexico), so Forge may fancy themselves to put up a good fight on Wednesday.

So then, what makes this Cruz Azul side so dangerous? To start with, their attack can be lethal. Only one Liga MX team (Tigres UANL) has scored more goals than them in the 2021-22 campaign, having potted 28 in 22 matches. The Mexican league uses an Apertura/Clausura structure with two “seasons” per league campaign, and the 2021 Apertura — which ran from July to November — was a little rough for them, finishing eighth in the 18-team table. The Clausura season kicked off in early January, though, and it’s been much better for Cruz Azul so far; after five games, they sit in third with a 3-1-1 record, including a big away win over most recent Liga MX finalists Club León.

After that bumpy Apertura campaign, Peruvian manager Juan Reynoso made some major changes to his squad in hopes of improving their 2022 fortunes. Cruz Azul made a few head-turning acquisitions from within the league, including 24-year-old winger Uriel Antuna from Chivas Guadalajara and 25-year-old midfielder Carlos Rodríguez from Monterrey — both of whom have almost 30 caps for the Mexican national team. They did have to sacrifice a few key pieces, though, like attacker Orbelín Pineda (who moved overseas to La Liga’s Celta Vigo) and young phenom Roberto Alvarado, who left for Chivas when Antuna went the other way.

Rodríguez has hit the ground running so far, with two goals and an assist already, and Antuna has a pair of goals as well. Aside from the newcomers, though, there’s a strong existing core at Cruz Azul too. Defensively, they’ve found success with a pairing of Paraguayan international Pablo Aguilar and Mexican stalwart Julio Domínguez (who started for El Tri against Canada in the November World Cup Qualifying match).

It’s typically been a 4-2-3-1 formation for Cruz Azul in recent contests, with the midfield double-pivot of Érik Lira (another newcomer) and 32-year-old Rafael Baca, with a rotating cast of various wingers and, usually, Ecuadorian striker Bryan Angulo up top as a lone number nine.

Angulo’s might be a familiar name to some Canadian fans, of course, after his three goals over two legs against Toronto FC in last year’s CCL quarter-final, including a pair of stunning finishes from distance.

Overall, Cruz Azul are one of the most experienced clubs in Liga MX and the CCL (their average age is 29.5), though they don’t want for younger talent in the attack. They’re a deadly side in transition, which will be the key area for Forge to try and neutralize them; the likes of Angulo, Antuna, and Rodríguez can be absolutely devastating with their pace and efficiency when they attack directly.

Cruz Azul are content to allow opposing sides to play with the ball — they average just 49.3% possession — but they don’t typically surrender many shots. They themselves don’t take a lot of shots either, but they’re effective at putting them on target when they do. Reynoso’s team loves vertical, direct attacking through the middle of the pitch, and they sit near the top of Liga MX in interceptions, as they look constantly to pick off passes and spring a counter-attack.

They’ve also got a feisty edge to them; with 57 yellow cards in the 2021-22 season, Cruz Azul were cautioned more times than any other Mexican side, so there could also be some bite against Forge.

There will certainly be ways for Forge to threaten their Mexican opponents, of course. They’ll be somewhat wounded, having lost at home on Saturday to mid-table Necaxa, and not long before that they gave up two stoppage-time goals to squander a two-goal lead drop points against Monterrey. Forge’s own quick transitional play could be an asset, as could their creativity and chemistry in the final third.

Ultimately, Cruz Azul’s reputation as a top side in Concacaf — and in the Champions League especially — is not unwarranted. They will pose a very stiff test for Forge, who have made history just by qualifying for this year’s tournament.

Nonetheless, games are not played on paper. Forge have proven themselves worthy adversaries for many an opponent in their Concacaf League travels; can they do so yet again on Wednesday?