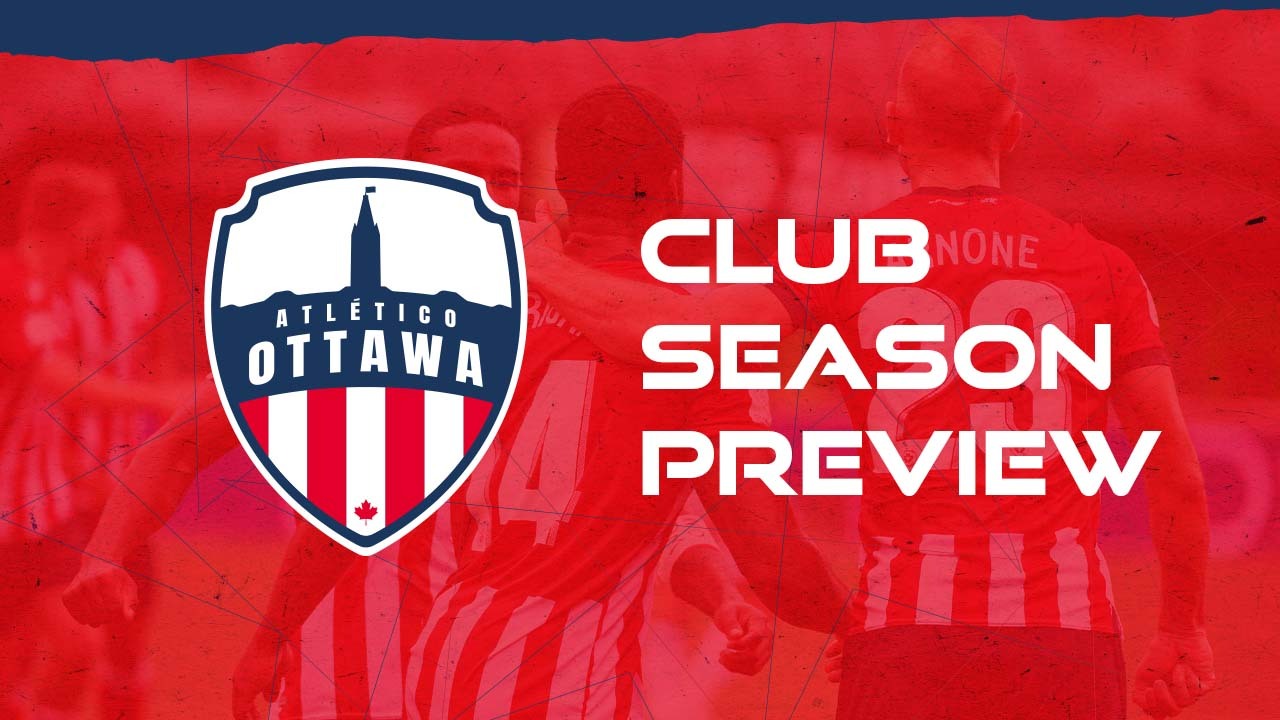 The 2021 Canadian Premier League season was a difficult one at times for Atlético Ottawa, but filled with moments to learn from. The club finished last in its first full season (after playing its opening season in the bubble at the Island Games in 2020), conceding the most goals and scoring the second-fewest.

One of the most noticeable areas of weakness for the club was the number of penalties they conceded. In 28 matches they conceded 12 penalties, 11 of which were converted into goals. For comparison, the next highest team was Valour FC, who conceded half as many — six, of which only three were scored. They often impacted the momentum of the match completely, and were usually paired with a booking, changing how they had to defend.

An example of this was their final match of The Kickoff, the season-opening bubble in Winnipeg, against Pacific FC. Ottawa jumped out to an early 2-0 lead after 15 minutes thanks to a pair of goals from Malcolm Shaw, but a red card to Ben McKendry in the 22nd minute flipped the script. Pacific were now on the front foot, and got back into the game on a penalty scored by Alejandro Diaz in the 35th minute which was the beginning of a comeback that saw the Pacific striker score the second hat trick in CPL history, with Terran Campbell adding the other in a 4-2 win for the Tridents.

With a lot of their core returning for 2022, and some impressive additions to the squad, Atlético Ottawa have a promising chance to take a step forward in their first “normal” season (the full 28 games, no bubble). With new head coach Carlos González taking over from Mista in the offseason as well it’s a chance to build on the foundation already set. Making sure they don’t beat themselves in games will be an important first step to having an improved season.

Atlético Ottawa have made some of the biggest splashes of the offseason thus far, including signing former CF Montreal and Barcelona B attacker Ballou Tabla to a three-year contract. The 23-year-old Canada international joins the club after what he called a “tough” few years, dealing with several injury setbacks. He has the potential to be one of the best attackers in the league when he’s fit and in good form, and the club will be hoping he links up well with returning striker Malcolm Shaw, who was among the league leaders last year with 10 goals. Another major signing for the club is that of Abdoul Sissoko, a midfielder who played for new Ottawa manager Carlos González at Kuwait SC, and has played in some of the top leagues in the world including Ligue 1, Serie A, La Liga in Spain and the Turkish Süper Lig.

The club have also brought in several players with ties to the city, signing Maxim Tissot from Forge FC and Carl Haworth from Indy Eleven — both of whom previously played for the Ottawa Fury. Haworth is considered arguably the best player in Fury history, playing for the club in each of its seasons between the NASL and USL.

Also joining from elsewhere in the CPL are goalkeeper Nathan Ingham from York United, and midfielders Ollie Bassett and Keven Aleman from Pacific FC and Valour FC, respectively. Attacker Vladimir Moragrega joins on loan from affiliated Mexican club Atlético San Luis, and Diego Espejo is on loan from Atlético Madrid B.

Atlético Ottawa’s season begins on Saturday April 9, with a home game at TD Place against Cavalry FC. The game is another ‘Pay What You Can’ offer from the club, with proceeds supporting humanitarian efforts in Ukraine. The club will also be wearing special yellow and blue kits, which will be auctioned off after the match.

It kicks off a three-game homestand to start the season for the club, who will host HFX Wanderers and Valour FC on the following two weekends. They take on fellow Ontario side York United in their first away game, heading to York Lions Stadium on April 29, and head back across Ontario on May 14 to visit Forge FC at Tim Hortons Field.

Their first game against reigning champions Pacific FC comes a week earlier on May 7, at TD Place.

Replacing Dylon Powley, who retired at the end of the 2021 season, in goal is expected to be new signing Nathan Ingham. Ingham, who spent the last three seasons as the starter for fellow Ontario club York United, a stint which included 13 clean sheets in 53 league appearances, making 62 in all competitions.

The backline could look very similar to last year, with veteran leader Drew Beckie the rock in the middle of the defence. With regular 2021 centreback partners Milovan Kapor and Matthew Arnone moving on after the season ended, Beckie will be joined in defence by a couple of new faces, including Diego Espejo on loan from Atlético Madrid B, and recently-signed U Sports draft pick José Cunha.

Miguel Acosta played every minute of all but one CPL game for the club in 2021, usually at left back, leading the league with 2430 minutes played. His 41 tackles were also among the league’s best, two shy of teammate Zach Verhoven, who was second in the league with 43. Verhoven was converted to a right back during the 2021 season and didn’t look out of place at all, strong both defensively and offensively, also leading his club with five assists.

Midfield is where Ottawa had a lot of problems a year ago. The team was having trouble connecting the defence and the attack, often leading to turnovers in midfield, or attacking movements where players weren’t on the same page that broke down. They have recruited several quality players to try and change that, including Ollie Bassett and Keven Aleman from within the CPL, who will compete for minutes to be one of their more attacking midfielders. Defensively, Ben McKendry will again be an important leader in the middle of the park, as will new, experienced signing Abdoul Sissoko.

On the two wings will be another pair of signings from the offseason, names that will be familiar to many — Ballou Tabla, the star signing from CF Montreal, likely on the left wing — and Carl Haworth, a longtime member of the Ottawa Fury who is returning to the city after two seasons away. Up top, Malcolm Shaw will be the first choice striker going into his third year with the club.

Shaw scored ten goals last season, one of only five CPL players to reach that milestone, and doing it without a prolific strike partner at the level that Terran Campbell (11 goals) and Alejandro Diaz (10) had together at Pacific, for example. He’ll be relied on to score goals, and with (hopefully) better service from Tabla and Haworth than he had last year, could even raise his game to an even higher level.

One of the biggest signings league-wide this offseason has been Canadian international Ballou Tabla joining Ottawa on a free transfer from MLS side CF Montreal. The 23-year-old has a high pedigree but due to injury has found playing time hard to come by. His first stint with Montreal resulted in a high-profile move to Barcelona B, but the second was more frustrating for him.

One of his standout performances in 2021 came against a CPL club, versus HFX Wanderers in the Canadian Championship. After being subbed on at halftime, Tabla won the game for his side, scoring a pair of late goals in the 89th and 92nd minutes, securing a 3-1 victory with a couple of emphatic finishes.

If he can stay fit, Tabla has the talent to be a star in the CPL, he just needs all the pieces to come together. He’ll be a focal point in the Ottawa attack during his first season in the CPL, looking to recapture the form that had John Herdman calling him up for the national team.