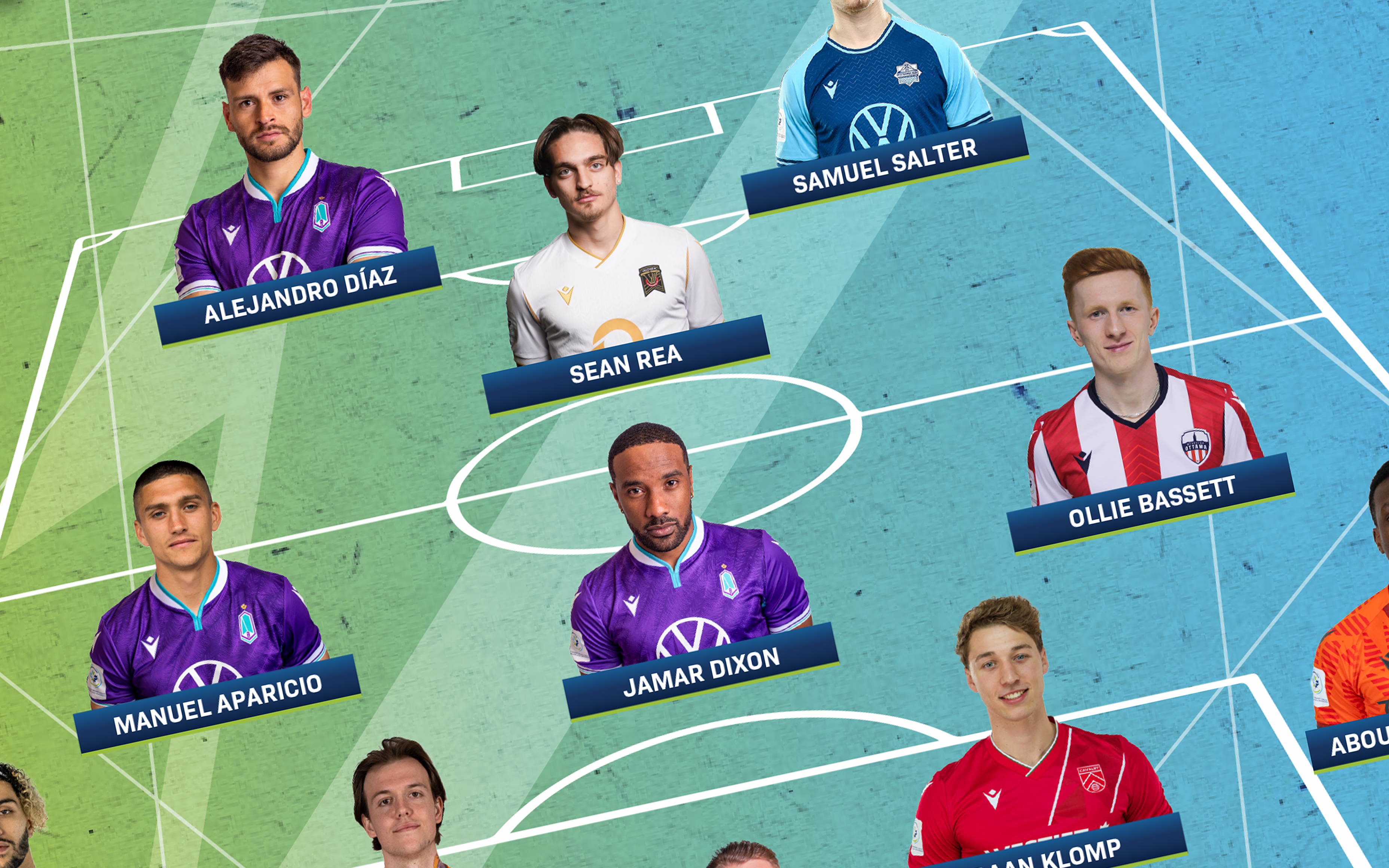 The Gatorade Team of the Week for the sixth week of Canadian Premier League action in 2022, brought to you by Kristian Jack and OneSoccer’s Oliver Platt. 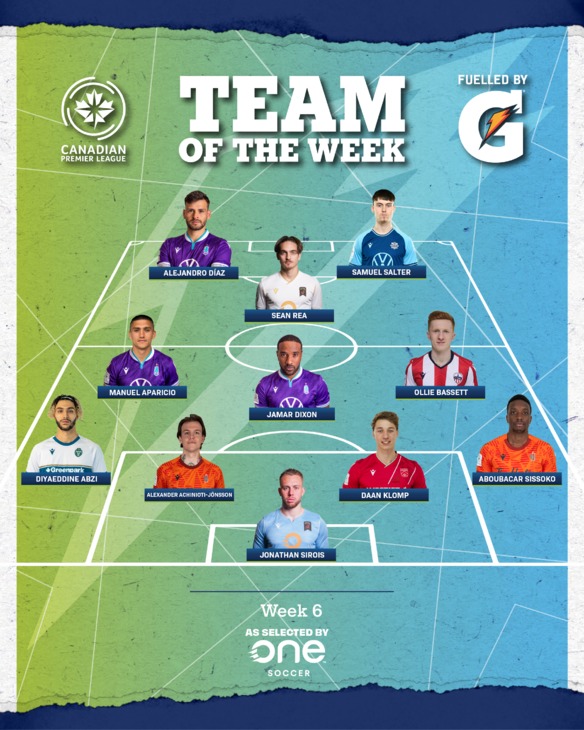 If it wasn’t for an otherwordly performance from Callum Irving last week, this likely would have been the second straight week that Sirois appeared in this team. Last year’s goalkeeper of the year continues to be outstanding on penalty kicks as he denied Osaze De Rosario from the spot, and Abzi on the rebound, to preserve his second clean sheet of the season and a huge 1-0 victory for Valour. He has now saved four penalties over the past two seasons.

Largely lining up against one of the league’s best attackers in Malcolm Shaw, Sissoko was excellent in limiting Ottawa’s chances. Shaw, and fellow striker Tabla, only had 27 and 16 touches respectively during the match. Sissoko was once again key to that, winning 13 of 20 duels, winning six fouls and three interceptions.

Against a defensively resilient Halifax side, it is always going to take some extra effort to score. For Cavalry, that came in the form of Daan Klomp and set pieces. In the first half, Klomp’s header off of a corner kick was deflected into the net by striker Myer Bevan. Then, when all appeared lost in the final moments, he rescued a point for the Cavs by deflecting an Ali Musse free-kick into the net. Klomp was also excellent at the back, winning possession 10 times and making three clearances.

Alex Anchinioti-Jönsson was the closest thing that Forge had to a centreback in their starting XI on the weekend, and as he always does when asked to fill it at the roll he was excellent. Wearing the armband on the day, and playing next to two natural fullbacks, he won two tackles, three of his four duels and completed an impressive 94% of his passes.

From Fullback, Abzi was once again the architect of the York attack on Sunday. He had a team-high 77 touches on the ball, created two chances, and had 14 passes into the final third and three shots during the match. York manager Martin Nash said midweek that he believes Abzi is the best attacking fullback in the league by far, and this was another performance where he looked up to that standard.

Over the past few weeks, Bassett has been one of the best chance creators in the Canadian Premier League, but he took matters into his own hands this week smashing home the opening goal of Ottawa’s 1-1 draw with Forge FC. Bassett continued to be tidy in all areas of his game, completing 89% of his passes and creating another chance.

The captain of the league leaders delivered a solid match in the centre of the park, completing 88% of his passes. He was also excellent in making sure that Pacific stayed on the front foot throughout 90 minutes, with eight of 12 duels won, winning three of four in the air, and three tackles.

Back-to-back team of the week appearances for Aparicio and it comes as no surprise as the Pacific midfielder has played at an MVP-level calibre so far this season. He set up Pacific’s winning goal against FC Edmonton with a brilliant cross after a clever run in behind the Edmonton backline. His composure on the ball was once again evident as he had five completed dribbles and had a stunning 28 passes into the final third.

Even before he scored the goal of the weekend, Sean Rea was magnificent for Valour. The young attacker had six total shots during the game including two on target, and was unlucky to see one of his efforts blocked by a teammate. He also created two chances and had four successful dribbles during the match against York. Then, in the dying moments, he showed brilliant skill on the ball before smashing a long-range effort home to secure Valour a 1-0 win.

Halifax likely deserved more than just a point over the weekend and a bit part of that was the play of Salter. The 21-year-old forward showed off his full range of skill on Sunday, scoring the Wanderers’ second goal off of a well-placed volley, helping to set up another goal, flexing his dribbling ability (three successful dribbles) and creating three total chances during a man of the match level performance.

It is now a league-leading five goals in seven matches for Diaz after he scored Pacific’s opener on the weekend. While it wasn’t the prettiest goal he will ever score, Diaz’s ability to get himself into good positions in the opposition box continues to pay off. He also had three shots on target and a chance created.