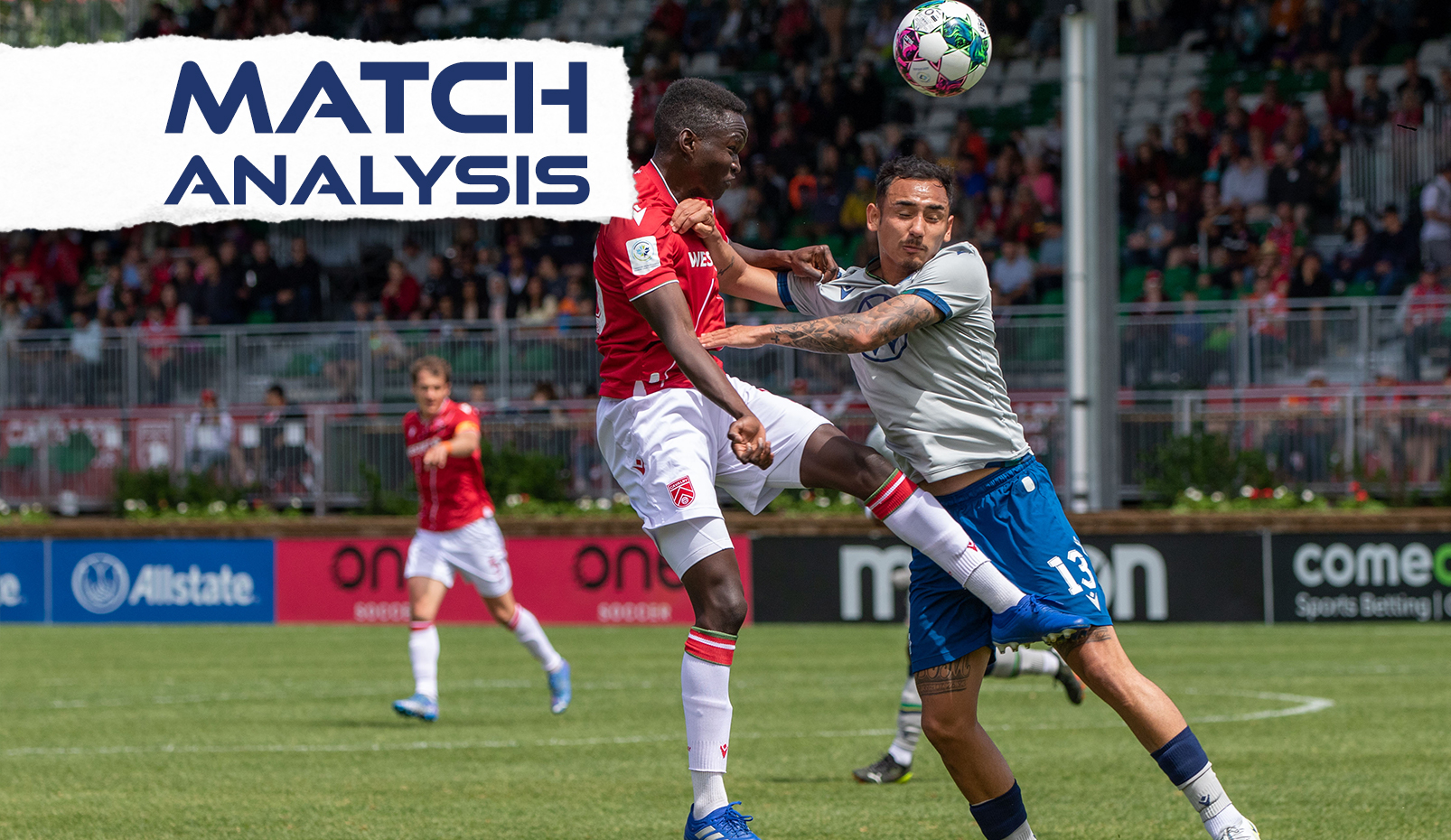 Cavalry FC maintained its perfect record at Spruce Meadows in Canadian Premier League action after a 1-0 win over HFX Wanderers. Aribim Pepple had the lone goal of the match, his second game-winner in a row in his first start of the season.

Marco Carducci made six saves to secure a league-leading fourth clean sheet. The win pushes Cavalry up into second in the Canadian Premier League standings and is their sixth consecutive game in the league without a loss. One more would tie the club record for their longest undefeated streak.

Aribim Pepple starting to show his potential for Cavalry

Today 19-year-old striker Aribim Pepple once again demonstrated why so many European clubs were interested in his services the past few years, and why he had the quality to play for the Getafe youth sides. For the second straight match, he scored the winner for Cavalry, this time off of a brilliant volley that will certainly be a goal of the month candidate.

The young striker is confident that now that this run has started, it won’t be ending any time soon.

“For most of my life it has been like that, usually I get off to a bit of a slow start because as people always say the first goal is always the hardest. Once you get that first goal it is almost like pressure off your back, I knew once I got that one, chances would keep coming and eventually I was able to get another one and hopefully I will just keep going.”

It will be the goal that creates headlines for Pepple, but the young striker also had an incredible work rate throughout the match to help Cavalry see out the result. He won two fouls, including the one that led to his goal, won possession six times and had an interception.

For Cavalry, it was yet another week where a different player showed their attacking ability, as they continue to make a case for being the league’s deepest squad.

“If there was a golden boot for shared goals I think we’d have it, what it does is it keeps Myer Bevan who is sat in the stands today, it keeps him hungry,” said Cavalry manager Tommy Wheeldon Jr. “Joe Mason played a deeper role today because that is what the team needed and did smashing, could have had one himself. And Aribim is just confident. So as coaches it makes our life easier you just go with the one who is confident. [Aribim] had a terrific match, I think beyond just his goals I think his general play was impressive today as well.”

Pepple’s confidence after scoring was evident, especially when he attempted a bicycle kick late in the match that didn’t quite come off.

“The bicycle kick, just playing in the backyard with my brother you are always trying stupid things,” said Pepple. “So the confidence is flowing and I don’t know if it was even close, I couldn’t really see.”

Set piece joy for Cavalry against Halifax once again

With Myer Bevan and Ali Musse sitting out this match for precautionary reasons, Cavalry was without two of their biggest goal threats this season. That meant finding other ways to create chances, and for the second straight match against Halifax, their goal came from a set-piece.

All five goals this season, today’s and the four from a 2-2 draw in Halifax back in May, between the two sides have come from set-plays. Today it was a Ben Fisk indirect free-kick that was the difference, as he lofted the ball to the back post, where Karifa Yao headed it into the path of Pepple. The young striker was in the perfect spot to provide a brilliant finish.

“Especially in this league the games are always tight so you know one set piece can change the game,” said Pepple after the match. “During the week Leon [Hapgood] kind of said ‘when the ball comes over just make sure you are in and around the area to kind of poach’ and thankfully it came off. We all know the importance of set pieces. It has gotten us at least nine points this year, and it can be the difference between making the playoffs and not.”

Hapgood, a coach and the club’s technical director, has received plenty of praise this season for the work he does on Cavalry set pieces, and once again the side spent time this week making sure they were well-prepared in that department for today’s match. It paid off in a big way.

“What we looked at was how we scored against them last time, how they set up against us and how they scored against us and we amended a few things,” said Wheeldon Jr. “Because we wanted to keep them guessing on a few things. It was the second phase of the set play that was good, and it was that little tidbit here because we know if we aren’t going to score in open play, we’ve got a chance in set plays.”

Compact midfield allows Halifax a strong start on the road

When looking to take control of a match on the road, the middle of the park is always a good place to start, and Halifax followed this recipe for success brilliantly in the first half against Cavalry.

Their midfield trio of Jérémy Gagnon-Laparé, Pierre Lamothe and Andre Rampersad dictated the start of the match. They did so by playing in very close quarters, clogging up the middle of the park and forcing Cavalry to play out wide.

The graphic below shows the average position in the first half of Lamonthe (#5), Gagnon-Laparé (#28) and Rampersad (#18, hidden behind Lamonthe’s circle) and just how close of quarters they found themselves in during the first 45.

In attack, this allowed them to move the ball quickly and precisely over short distances between the three of them, building attacking triangles that provided the spine for many Halifax attacking actions. The Wanderers had 129 passes in the opposition half during the first 45, and an 81.2 per cent completion rate in the final third largely due to the passing work of Lamothe, Rampersad and Gagnon-Laparé.

“We wanted to take away their midfield and I thought in possession we moved the ball with good speed, and defensively we did our best to disrupt their play,” said Hart after the match. “Those three in midfield were excellent.”

The heatmap graphic below shows just how difficult it was for Cavalry to play through the middle in the opening half, and is a credit to how difficult it was to play balls through the centre of the park. They weren’t ultimately able to get a result in Calgary, but Halifax’s midfield continues to be a centrepiece around which they can build a solid campaign.

Getting an assist on the goal was just the start of yet another dominant defensive performance from Yao. He won six of his eight duels, had five clearances and was excellent in the air to help Cavalry see out a big result.