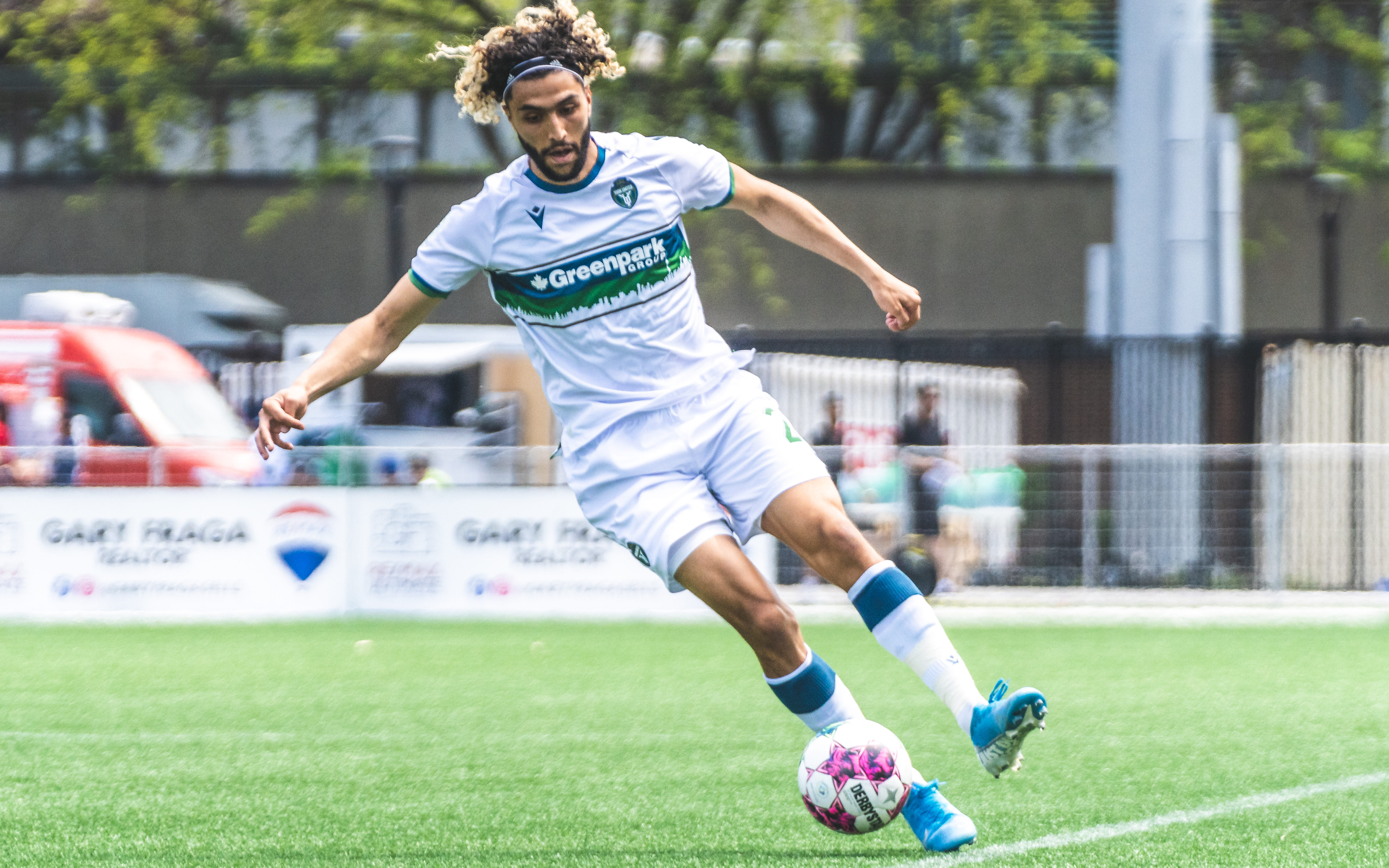 Abzi, a 23-year-old born in Morocco but raised in Montreal, has been a foundational player for York over all four years of its existence, first signing for the club in February 2019. Since then, he has developed into one of the most dynamic and talented wide players in the Canadian Premier League, making a total of 74 appearances for York, scoring eight goals and adding nine assists in over 6,000 minutes played. He also previously represented Canada’s U-23 side at the 2021 Concacaf Olympic Qualifying Tournament.

This current season, Abzi has continued to play a key role under York coach Martin Nash. He’s missed just one of the club’s 12 games, and he scored a crucial goal for them in their Canadian Championship preliminary round tie against Atlético Ottawa.

Throughout his time at York, Abzi turned heads as one of the best fullbacks in the CPL both on and off the ball. His ability to drive down the wing with pace and beat defenders one-on-one truly put him in elite company in the league, as did his knack for picking out creative passes and crosses. As a key component of York’s well-organized backline, as well, Abzi has proven to be an intelligent defensive footballer too.

Last December, on the back of an excellent 2021 season at York, Abzi was voted fourth in the CPL50 rankings of the league’s top players.

After impressing for so long in the CPL, though, Abzi will be moving on to his new club in southwest France following next week’s Canadian Championship semi-final against Vancouver Whitecaps FC, which is slated to be his final appearance for the Nine Stripes. He will leave the club as their all-time appearances leader, and one of just two players to suit up for them in all four CPL seasons.

A taste of what the Canadian defender has to offer on the pitch 👇#CanPL l 📺: @onesoccer pic.twitter.com/NHuY0DTBcz

“I’m very grateful to (Pau) for being so understanding of how crucial our upcoming games are and agreeing to a release after the Canadian Championship semi-final with Vancouver Whitecaps next week,” said York United President/CEO and GM Angus McNab in a statement. “It also allows us to announce the move in advance so that our supporters and all CPL fans get the chance to say ‘Bon voyage’ this weekend in our league game vs Pacific FC.”

Pau recently wrapped up the 2021-22 season in France’s second tier, where they finished 10th in the league table under manager Didier Tholot. They recently earned promotion to Ligue 2 after topping the third division in 2020.

McNab explained that multiple clubs had shown interest in acquiring Abzi from York, but that Pau was the destination Abzi himself preferred.

“Abzi has shown what this league is all about,” McNab added. “A young player was presented with a platform and handed an opportunity that he’s harnessed and really made his own. Now we see him move to an illustrious football nation and into one of the most scouted leagues in world football. That was crucial to us because in addition to the transfer fee, we also have a significant sell-on clause should he move on from Pau in the future.

“Finally, I’d like to take this opportunity to thank him for everything he’s contributed to this club over the last number of years and we wish him nothing but the very best.”

Abzi will be available for one final home match at York Lions Stadium, this coming Saturday against Pacific FC, before he and his York teammates travel to BC Place for their matchup with the Whitecaps next Wednesday.