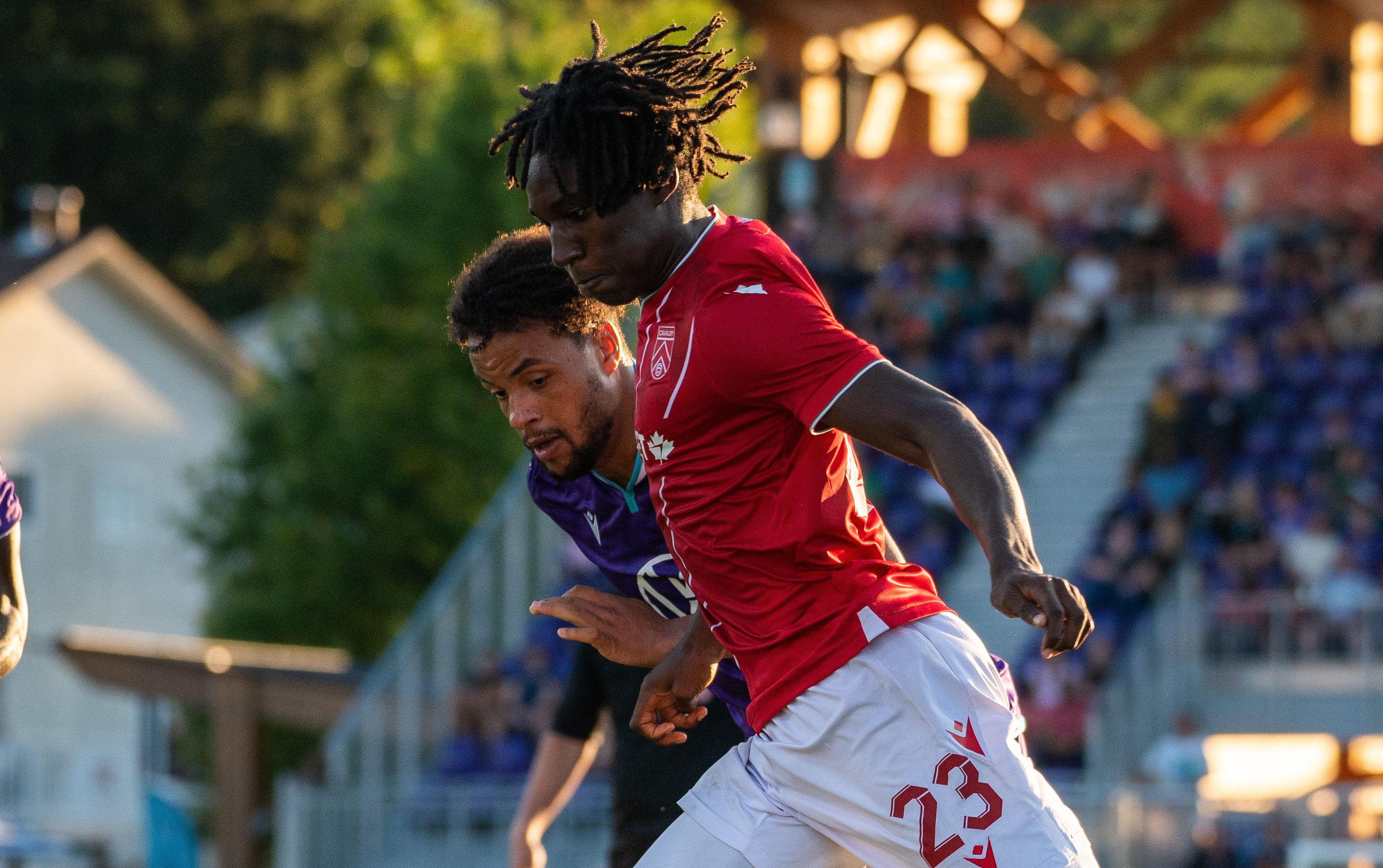 Cavalry FC of the Canadian Premier League announced that they have agreed a deal to transfer forward Aribim Pepple to English club Luton Town FC for an undisclosed fee, effective immediately.

The 19-year-old striker has secured this move to the EFL Championship side after a rampant run of form in the CPL, having scored six goals in just seven games so far this season. After scoring his first professional goal on May 29 against York United, he went on to score in every single game he played for Cavalry in June before departing for Luton.

Pepple, who was born in Kettering, England and moved to Calgary as a child, was a product of the Calgary Foothills development system and entered the professional ranks with the Cavs at the age of 16. He made his CPL debut in August 2019 against HFX Wanderers, and went on to make nine appearances for the club in all competitions that season. He would also play in five matches for the team at the Island Games in 2020. Following the 2020 campaign, Pepple went to Europe for trials with various clubs, including English Premier League sides Sheffield United and Leicester City, before signing with the youth team of Spanish club Getafe CF.

Following his stint in Spain, Pepple returned to Cavalry in April 2022. Now, he departs his hometown club with 22 total appearances under his belt, having helped them vie for first place in the CPL table at the midway point of the season.

RELATED: Aribim Pepple to Luton Town: Behind the scenes of a CPL transfer

“We’d like to congratulate Aribim on his move to the English Championship with Luton Town FC,” said Cavalry manager Tommy Wheeldon Jr. “He is a great example of why our domestic league was created and has grasped his opportunity with both hands. I firmly believe that his character and capability give him the foundations of a big career ahead and we will watch proudly knowing we played a small part in helping the journey of a local kid develop.”

Luton Town, Pepple’s new club, are a historic organization currently in the second flight of English football. They achieved promotion three times within the last 10 years, working their way up from the fifth-tier National League and winning League One in 2019 to return to the Championship for the first time since 2007. This past season, Luton finished sixth in the table but lost on aggregate to Huddersfield Town in the semifinal of the Premier League promotion play-offs.

“It may be a little bit different back over here, but I’m sure he’ll adapt to that and he’ll quickly come into the reckoning here, and whatever he needs to get up to speed, we’ll give him that,” said Luton Town manager Nathan Jones in a statement. “He’s a wonderful kid and we are really looking forward to working with him.”

Pepple is the second young Cavalry player to earn a move overseas this summer, following Victor Loturi’s transfer to Scottish Premiership side Ross County in June. He’s the fourth player from the Canadian Premier League to get a major transfer abroad in the past few weeks, after not only Loturi but also Diyaeddine Abzi of York United (to Pau FC in France) and William Akio of Valour FC (also to Ross County).