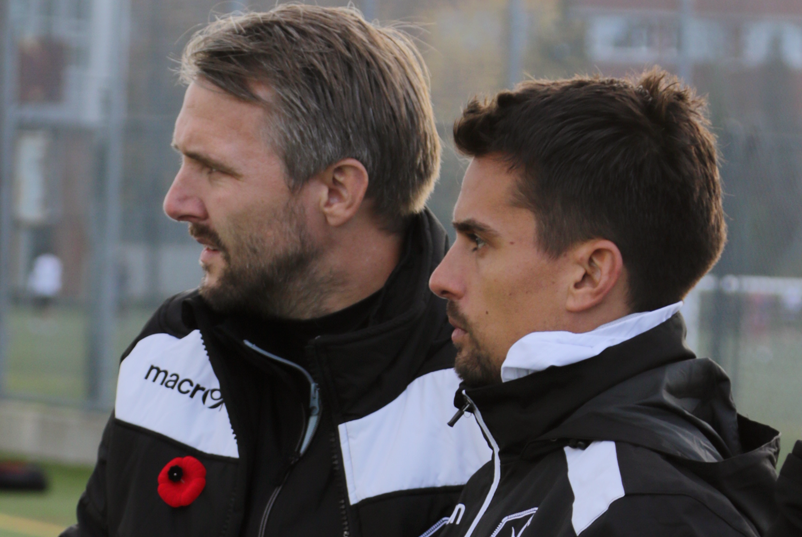 As much as Sunday will mark the anticipated season debut for Pacific FC against HFX Wanderers (4 p.m. PT, 7 p.m. ET, OneSoccer), it will also provide observers with a potentially far more interesting revelation: Just what exactly the league’s most closely-guarded unit will look like on the field.

The organization helmed by first-time manager Michael Silberbauer has kept its cards close to its chest, offering little in the way of soundbites beyond promising to play “high-energy” football – a promise just about any club would make, right next to working hard and playing a game the fans will enjoy.

“I think we’re going to be a really hard-working group,” offered media-savvy winger Ben Fisk, who made twelve league appearances for Ireland’s Derry City in 2018. “We’ve got young, hungry players.”

So, what might observers expect when the Langford-based club hosts HFX Wanderers FC in their season opener? How will Silberbauer’s chess pieces come together on the board?

“We want to play attacking football,” PFC’s assistant coach, James Merriman, told CanPL.ca, “but we’ll wait and see what the first game brings, and we’ll build from there.”

The club’s roster certainly appears built for the attack.

Listed conservatively at 6’3″, towering striker Marcus Haber will be expected to draw attention from the Wanderers’ backline and goalkeeper Jan-Michael Williams, as will veteran winger Issey Nakajima-Farran, whose 38 appearances for Canada’s national team ranks among the league’s highest. Fisk promises to be a threat to create chances from the wing as well.

Still, Silberbauer stresses the club’s identity is a work-in-progress.

“We’re still shaping it. To say that you can implement a playing style fully over two, three months is simply not possible,” Silberbauer told CanPL.ca. “But we do want to be an attacking team that’s fun to watch, and hopefully we’ll be that.”

When it comes to the Wanderers, Stephen Hart’s side will not be entirely unfamiliar to Pacific’s coaching staff, given the Trinidad and Tobago native’s tenure with both the Canadian national team and the Trinidadian national team. PFC’s coaches had an early glimpse of the opposition in the Dominican Republic, as well.

“I had an opportunity to see them,” Silberbauer told CanPL.ca. “But if they were anything like us, they were hiding stuff as well, so we’re mainly focusing on ourselves and how we’re going to attack the game.”

“We know Stephen Hart, obviously, has great experience, and know what type of football he likes to implement with his groups,” added Merriman, “but you can’t read too far into it.”

Thus far, Silberbauer has been mum on any decisions around a solidified starting eleven.

“You always have ideas, but it can change within an instant,” said Silberbauer. “Injuries or someone doing well in training can change your mind a bit. So I have an idea, but it’s not in any way fixed yet.”

Since marquee defender Marcel de Jong ruptured his Achilles in the pre-season, Pacific FC’s back line has been reshaped almost entirely, with the additions of veterans Blake Smith, 28, and Hendrik Starostzik, 27. 28-year-old Ryan McCurdy will be working to play his way onto the back line, as well.

For now, Pacific’s coaching staff preaches patience and the chance to learn from Game 1.

“From what we hear, it’s going to be a busy stadium, which is what we want to hear,” said Merriman.