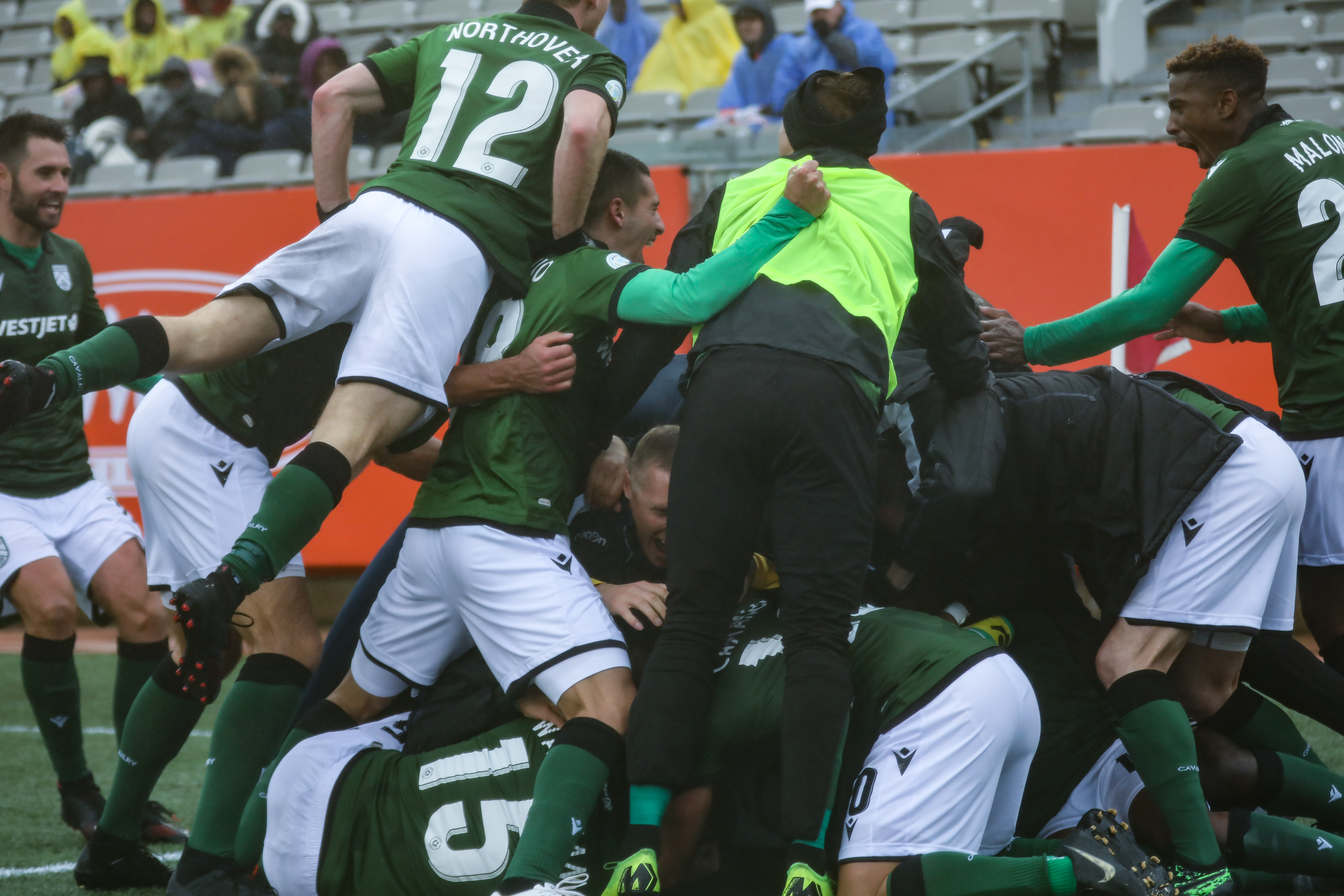 Just three games into their season, it’s become difficult to look past Tommy Wheeldon Jr.’s side.

They have collected a perfect nine points from nine. They lead the CPL in goals per game and goal difference, and a positive result in next weekend’s Al Classico tilt vs. FC Edmonton could give them the league’s best defensive record.

The underlying numbers like them, too: Cavalry has come out ahead on expected goals in each of the games it has played thus far. Expected goals, or xG, assigns a value to the probability of each shot taken resulting in a goal and tallies them up, giving us an idea of which team had the better opportunities in a match independent of whether those opportunities were finished or not.

Most importantly, Cavalry has beaten the two teams that look most likely to challenge them for top spot in back-to-back fixtures.

Valour will not get another chance to take points off Cavalry until the Fall season. Forge faces them again on June 22, but without home-field advantage.

Speaking of which: Up next for Cavalry is another pair of home games that gives them the chance to reach 15 points, a total to which they may only need to add one or two results in their final five matches to take the spring crown and book a spot in the 2019 CPL Championship.

It could have been different. Cavalry needed a late goal to beat Valour in midweek, and struck right at the death to see off Forge following a spell in which the home side had been pushing for a winner of its own.

Those circumstances make it tempting to describe the Cavs as a solid but unspectacular team that has been boosted by a couple of lucky breaks.

There might be a grain of truth there. For long stretches at Tim Hortons Field, Cavalry was focused on little more than keeping a fluid Forge team at bay.

But that description does not tell the full story nor give Wheeldon the credit he deserves.

Take a closer look at José Escalante’s free-kick, the goal that won the game against Valour, and note how Nik Ledgerwood is standing in the path of the shot and jumps away at the last minute to create a lane for it to pass through unimpeded.

Take a closer look at Nico Pasquotti’s winner in Hamilton and note how Pasquotti, Sergio Camargo, and Jordan Brown all make runs to the near post despite the fact that the ball is clearly going to soar over their heads.

They were decoys, taking their markers with them to create a one-on-one aerial duel between Joel Waterman and Alexander Achinioti Jönsson at the back post.

As soon as the ball had passed them, Pasquotti and Camargo aborted those near-post runs and dropped back to the penalty spot in anticipation of a knockdown from Waterman, which the defender duly provided.

Those goals were not happy accidents. When it mattered most, Wheeldon and Cavalry had a trick left up their sleeve.

They have now scored all five of their goals this season from set-piece situations having seen off York9 with two corners and opened the scoring against Forge off a throw-in.

Needless to say, breaking their duck from open play — how Camargo didn’t is a mystery — at some point would be a good idea. On that front, Forge exposed the limitations of Cavalry’s 3-4-1-2 system by keeping their wingers high and the Cavs’ wing-backs pushed back, forcing the visitors to try to funnel their transitions to attack through the middle of the field.

That lack of width could become more of a problem if Escalante’s injury is serious.

But they will have the chance to solve it and to continue to evolve as a team with the cushion of a three-point lead and a game in hand at the top of the standings.

Wheeldon has a full 23-man roster at his disposal but has used just 16 players so far this season.

That’s in contrast to Forge. Bobby Smyrniotis is carrying three players fewer but has used 19 of them, with 18-year-old defender Monti Mohsen the only one still waiting for his first appearance.

When you factor in that Mauro Eustaquio, Oliver Minatel, and Pasquotti have accumulated only 20, 21, and 39 minutes respectively, the difference is even more pronounced. Forge has 17 players with an hour or more under their belts; Cavalry has 13. Cavalry has five players who have played every minute; Forge has two.

It speaks, in some ways, to two different approaches. Wheeldon, coming off the back of the Calgary Foothills’ PDL championship, is in win-now mode and needs to figure out how he is going to get Malyk Hamilton, Gabriel Bitar, and/or Victor Loturi into the action at some point to meet the league’s under-21 minutes requirements.

There is no doubt that Forge and Smyrniotis are eyeing silverware early and often, too, but there is also a clear emphasis being placed on implementing the philosophy he became known for at Sigma FC and getting a look at as many young players as possible — often in different positions from one game to the next.

That level of experimentation has surely been a factor in some of the less polished moments that have cost Forge a few points already.

The bet Smyrniotis is making is that the lessons learned now will pay off in the long run and make his side a formidable opponent come October.