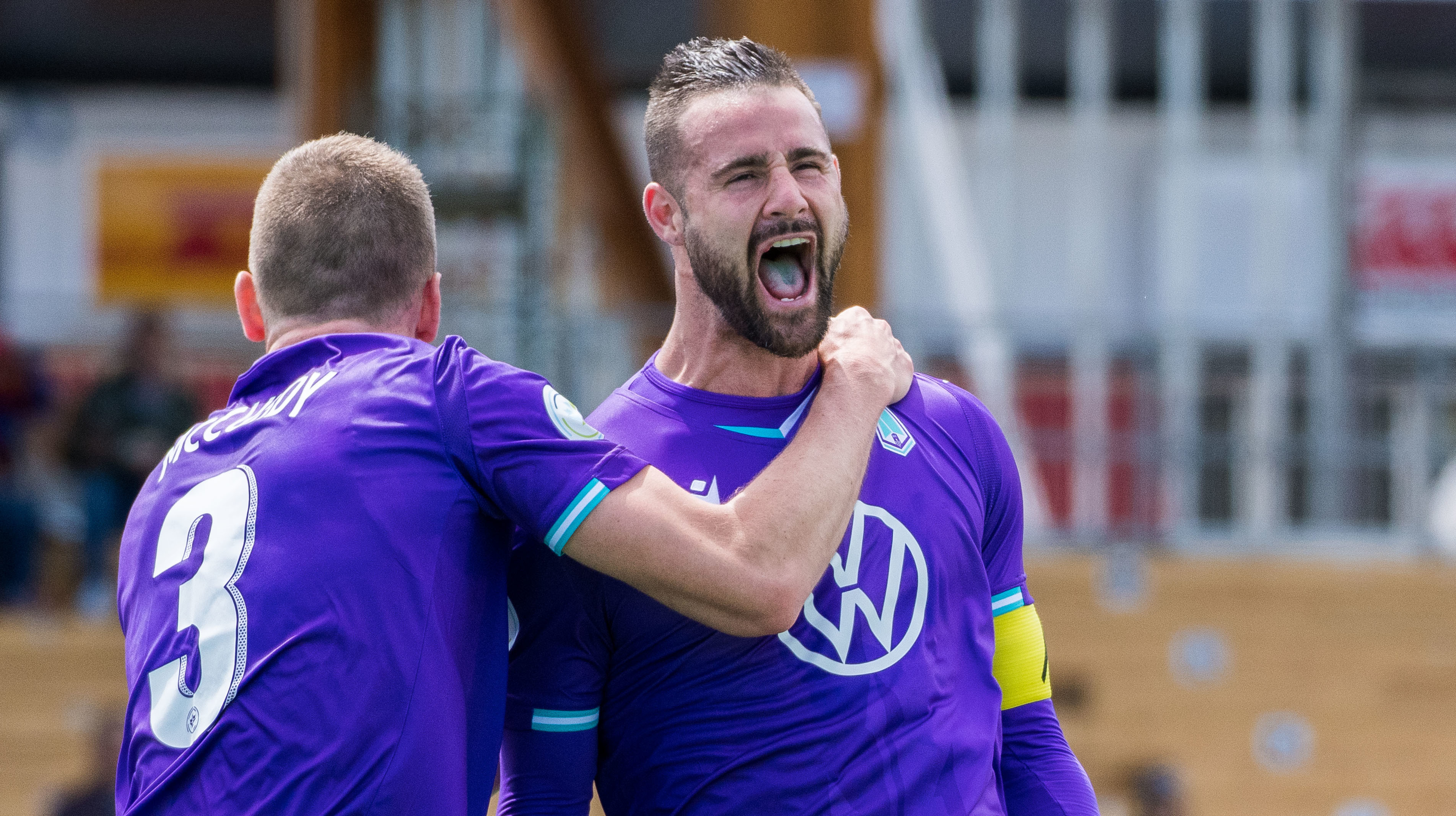 It was always bound to come for Marcus Haber.

One of the marquee signings of the Canadian Premier League’s inaugural season finally broke his proverbial duck on Saturday afternoon, scoring his first goal in a Pacific FC uniform in a 2-2 draw with York9 FC.

“As a forward, that’s what you’re paid to do,” the 30-year-old striker said just moments after stepping off the pitch at Westhills Stadium. “I’ve been trying to get one for a while and have been a bit unlucky.”

Haber’s cold streak came with great volume. The PFC No. 9 fired six shots on Saturday — two of which hit the target — adding to his league-leading total of 14. Of his 14 total shots, 10 have been missed headers, and four have come off his right foot.

An in-swinging corner from Ben Fisk came across Haber and his Y9 marker Justin Springer. Haber’s 6’3″ frame finished the kind of chance he’s compensated for – a header right in the centre of the six-yard box.

“It was a big weight off my shoulders … and it’s something to build on,” Haber continued. “I think we have lots to take away from today’s performance.”

Haber, who returned to the side on Wednesday following a toe injury, had largely avoided criticism for his lack of prowess in front of the goal to this point in the season. There were jokes made after their 2-1 defeat to Valour where Haber hit the post twice, point-blank, in one attacking sequence. Commentators later dubbed the attempts, two of seven shots in that match, “the CPL’s first meme.”

But Saturday was a different (and more fruitful) story.

There was the 10th minute when Haber nearly tipped the ball over a punching goalkeeper, or in the 62nd when he tried glancing an uncontested header to the back post.

Playing alone up top in a 4-2-3-1, Haber touched the ball nine times in the box, mostly with his head. The other 12 outfield players managed just six in the same category. He delivered two key passes, too, according to OPTA.

Whether he scored or not on Saturday, the British Columbia native proved to be the clear focal point Pacific FC was missing during their goalless drought.

Take their 3-0 loss to Forge, for example; the side centered the ball 22 times in what appears to be a pretty comprehensive defeat. Haber and his well-known heading ability sat on the bench injured.

“We’ve been up for the physical side, which is something we lacked [in our last match] against Cavalry.  I think we created more than enough going forward to get something from this game, but that’s football – sometimes you don’t get the three points.”

Saturday’s draw put a long seven-point gap between PFC and the league leaders in Cavalry FC (4-0-0), who they are set to play in the Canadian Championship. The Cavs smothered PFC in the first leg at Westhills, taking a 2-0 advantage to the second leg.

With a tall, commanding, and freshly-scoring striker now reaching form, Michael Silberbauer will be smiling knowing sometimes in the game of football, that’s all you need to win matches.