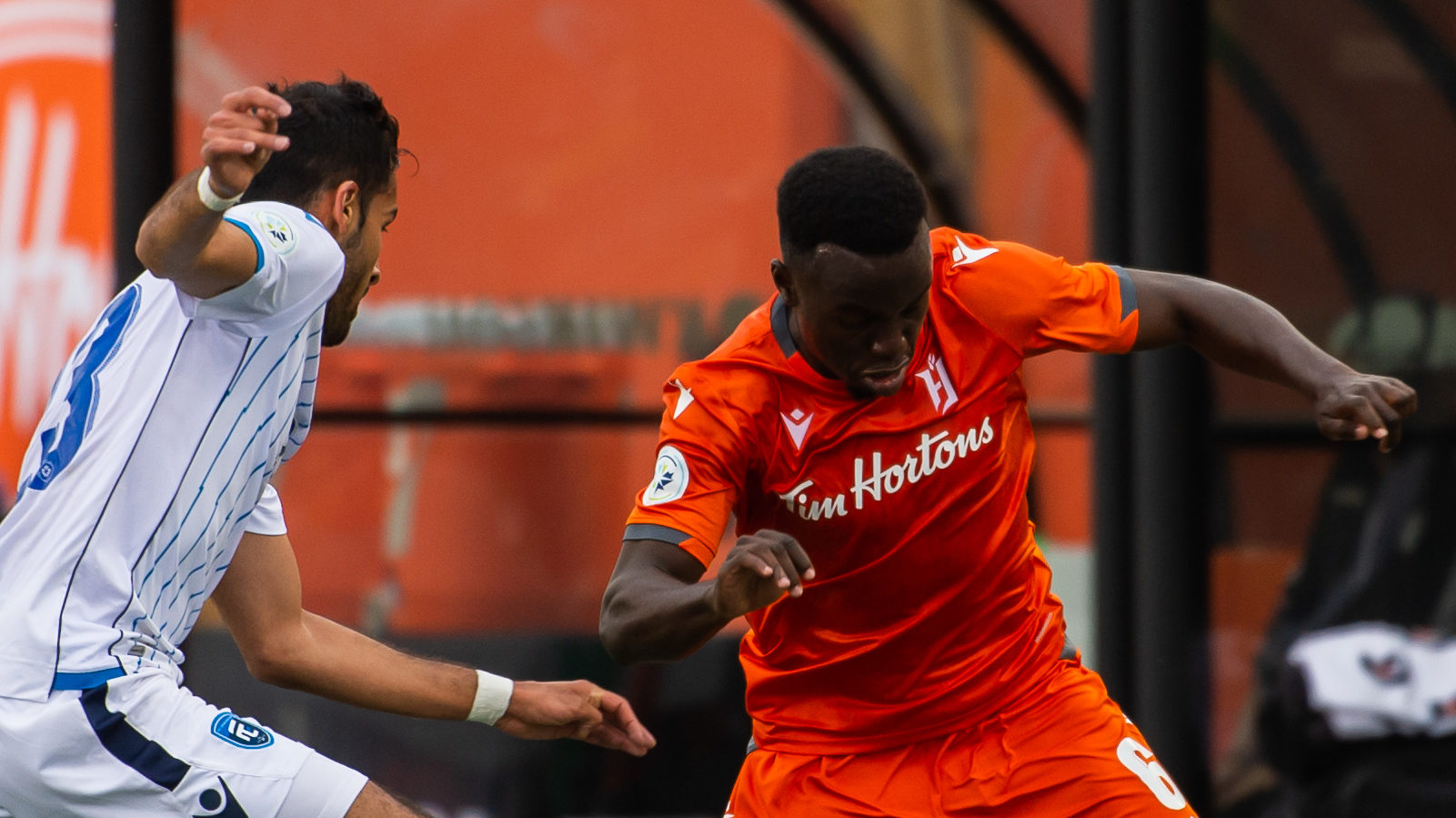 After their third straight 2-0 victory, this time at home against FC Edmonton, Forge FC are doing all they can to keep pace with Cavalry FC at the top of the Canadian Premier League’s Spring season standings.

They entered the game against an unknown quantity in the Eddies, who had played just three games (and not for 10 days before Wednesday’s match). Against a team with talented attackers like Tomi Ameobi and Randy Edwini-Bonsu, Forge’s backline held firm, as it has for the past three games now.

“One thing we talked about from the beginning of the season, letting in some goals, was we needed to be tighter in the back,” said Forge coach Bobby Smyrniotis.

“I do like attacking football, (the players) like scoring goals, but everything starts with the defensive end. Everything has to start with a clean sheet, and I think we’ve made it a bigger focus.”

Much has been made of Forge’s dangerous offence, now with 12 goals through seven games. Tristan Borges was the attacking hero again on Wednesday, scoring a penalty and providing the assist for Daniel Krutzen’s goal.

As Forge played to their fourth clean sheet of the season though, it was evident how much the defensive area of their game has improved since the start of the year. They limited FC Edmonton to just four shots, making 20 tackles between them.

The defensive contingent for Forge has appeared in a handful of different arrangements; of late, Krutzen and Dominic Samuel have both shown an ability to play either at full-back or more centrally. Smyrniotis has not been afraid to mix things up in his lineup, typically deploying some combination of Bertrand Owundi, Kwame Awuah, and Giuliano Frano depending on the game.

Further up the pitch, Alexander Achinioti-Jonsson has settled into his role as a holding midfielder. On Wednesday, he managed to frustrate the Eddies’ attack before it became a real threat, making four interceptions and three tackles.

As a team that seems to love scoring on lightning-fast counter-attacks, Forge are putting themselves in that position more often now by cutting off passes in their half. That bodes well for this entertaining side to continue filling the net.

“The guys have bought into it,” Smyrniotis said of his wholesale defensive strategy. “(They) really want to make sure that we’re taking care of things on the back end.”

So, with seven of 10 Spring season games now complete for Forge, confidence in the dressing room is understandably high. The team is scoring at a click well ahead of any other, and it seems that now they’ve become a rock-solid defensive outfit, too.

Forge’s league schedule gets a little lighter from here, but they’re now turning their attention to a daunting Canadian Championship date with Cavalry FC on Tuesday (7:30 p.m. ET, available on OneSoccer). Smyrniotis is glad to be entering that competition with a little momentum behind his side.

“This gives the guys a little fresh air,” Smyrniotis said. “Three wins in a row, keeping clean sheets. We’re getting into a different competition, but I think everyone is in good spirits after this (game). We’re just focused, we work on it every day and we’ll get ready for the next one.”

Cavalry have a ton of momentum behind them too. If Forge can indeed continue their defensive run, though, perhaps they can be the first to knock the league leaders off their high perch.