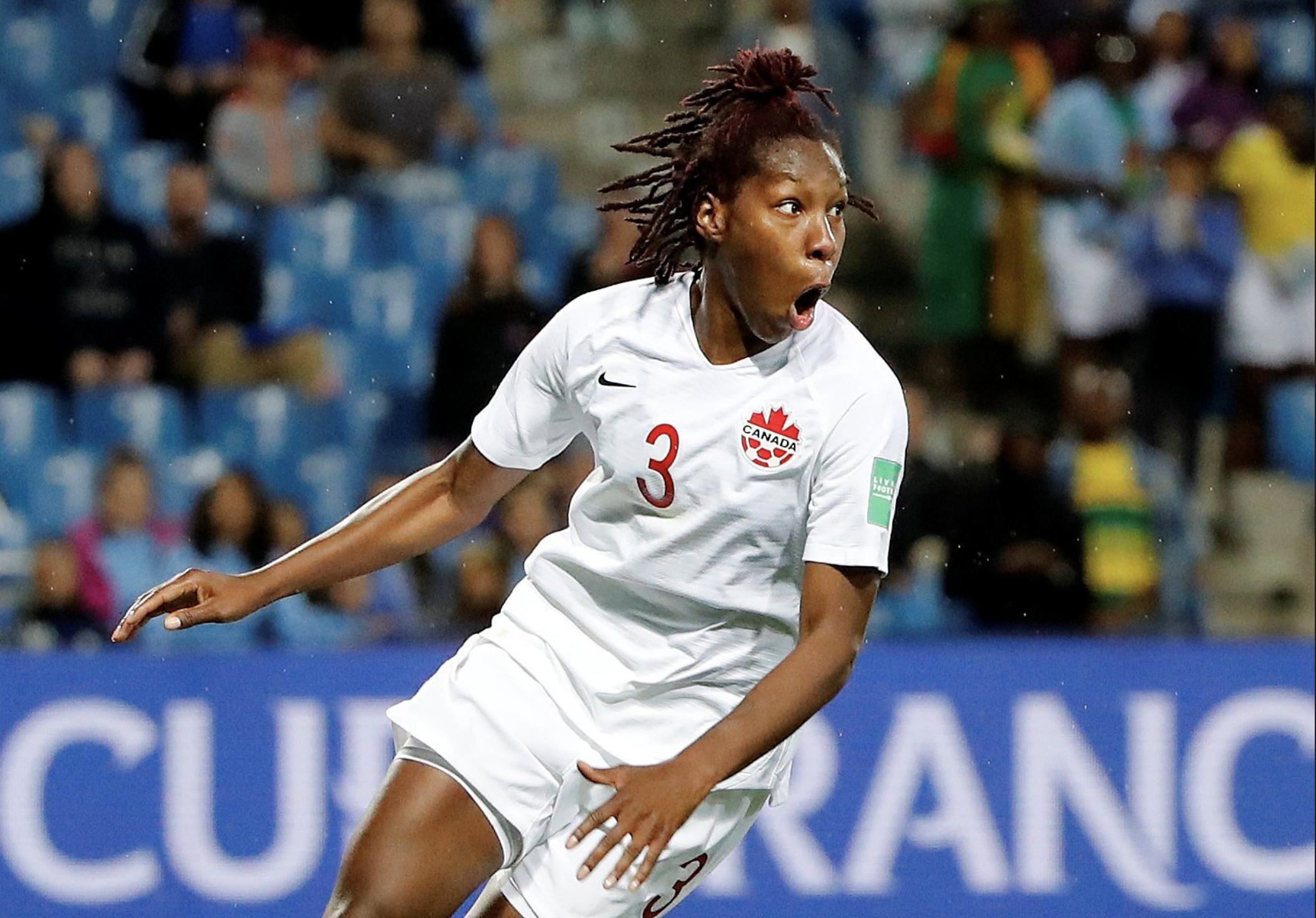 Canada kicked off its 2019 FIFA Women’s World Cup adventure with a bang, defeating Cameroon 1-0 in the opening match of Group E courtesy of a powerful header by Kadeisha Buchanan in the 45th minute of play.

The 23-year-old defender rose magnificently to meet a corner kick cross and beat goalkeeper Annette Ngo Ndom on her near side, finding the back of the net for the only goal of the game to take three points out of Les Rouges‘ opener.

“We wanted to score early and release that pressure off our backs,” Buchanan told the TSN broadcast crew after the match.   ”We just got the nerves out this game. For sure, we’re going to come back even stronger in the next game. There’s always room for improvement, and we’re good at the comeback game, so we’ll be improved for the next game (against New Zealand).”

She added: “I think it’s crucial to get all the little jitters out in the first (match) on this soil. Now it’s about momentum – we have to keep that momentum going and we’ll be better.”

Canada were relatively untested over 90 minutes, with Cameroon’s lone chance coming in the second half with a similar corner kick effort, which was headed just wide.

Christine Sinclair, chasing three more goals to tie the 184-goal record in women’s soccer set by U.S. forward Abby Wambach, nearly found a first in the tournament of her own late in the match, but could not direct a scrambled ball past the Cameroonian throng surrounding her in the box.

Still, manager Kenneth Heiner-Moller had nothing to complain about after the final whistle.

“We knew it was going to be a battle,” the Canada coach said after the match. “It was a matter of (whether) we were stepping down or stepping up; I thought we were stepping up, against a hard team to play, especially when they sit that deep. We deserved the win and definitely put in a great performance.”

Canada has now gone 10 matches in a row without losing, and kept a clean sheet while scoring a goal off a set piece, factors that Heiner-Moller outlined as key training ground focuses in the build-up to this tournament.

And, while he commended Buchanan for her “signature” performance on both ends of the ball, the 23-year-old defender also drew attention for her unique goal celebration, mimicking a standard post-free throw high five routine.

When asked after the match if she was giving kudos to the Toronto Raptors ahead of their NBA Championship Game 5, Buchanan made no two ways about it.

“Yes, that was a tribute to the Raptors,” she affirmed. “(We’re) wishing them good luck!”