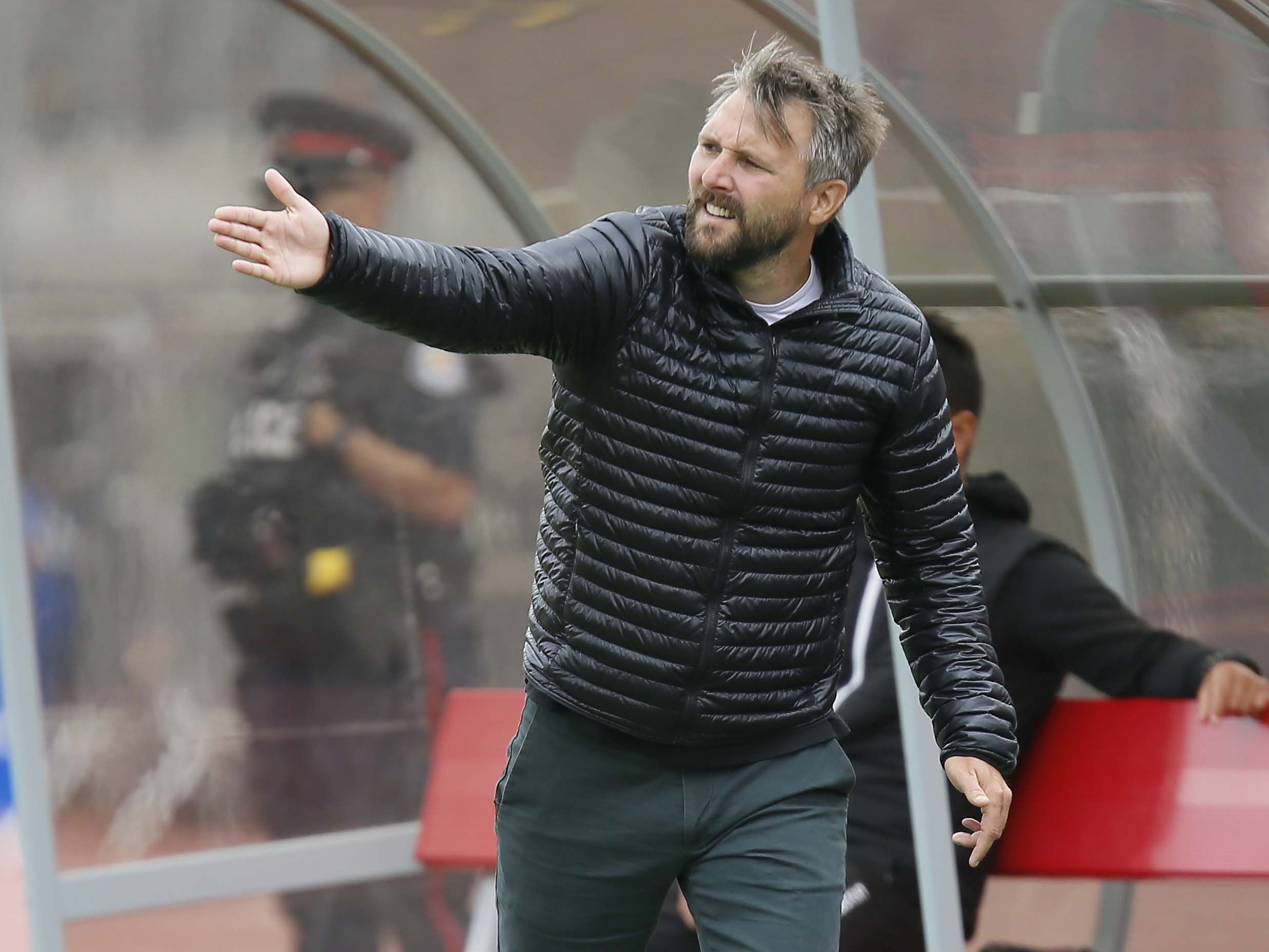 Following a 1-0 loss to York9 FC at York Lions Stadium on Saturday, Pacific FC now finds itself numerically unable to mount any sort of comeback for the Spring title, and thus become the first CPL outfit eliminated from this opening stanza – and the berth in the CPL Championship that it grants.

Pacific FC have played seven matches; they’ve won just once, in their very first match against HFX Wanderers FC. Since then, they’ve lost four and drawn twice. The club was also eliminated in the first round of the 2019 Canadian Championship. The Spring title is now beyond their grasp.

And, while Silberbauer’s side will have another opportunity when the 2019 CPL season restarts for the Fall portion, this first-half failure cannot – and will not – be blamed on anything other than themselves, affirmed the Danish tactician.

“We don’t give the referees the blame, or the travel the blame – we’re looking at ourselves,” Silberbauer told reporters after the match.

“It was another loss in a game where we feel we could have gotten more away from it,” he continued. “We had the chances in the second half … we had the opportunities, but didn’t make it, and in the end, I feel like there’s just a little bit missing, before we get the results that we want.”

What was missing, though? Injuries reduced Pacific FC’s potency before the season even kicked off, with Marcel de Jong rupturing his Achilles tendon in pre-season; Marcus Haber came off the bench and provided a flash of inspiration, but couldn’t find the back of the net; the rest of Pacific’s attack looked lifeless, though not without glances at goal.

Silberbauer reckons it comes down to the finer margins.

“I talked to the boys today,” Silberbauer began. “If everyone can bring just one percent more, that will bring in extra energy. It’s those little things, the details, that are missing, but details are important to win games, especially at the highest level where there’s no team that’s much better than the others.”

So, Pacific FC regroups, once again, in hopes of finding a formula that works for them. The youngest team in the CPL, which has afforded the most minutes of any outfit to players under the age of 21, is still very clearly learning and growing.

And, of course, travelling far and wide in search of three points.

“If Canada wants a professional league, and you have a country that’s this size, that’s the reality,” Silberbauer said, dismissing any notion that the travel is to blame for his team’s performances. “There’s no way around it. It can’t be changed. If you want to play professional football in Canada, travel is a part of it.”