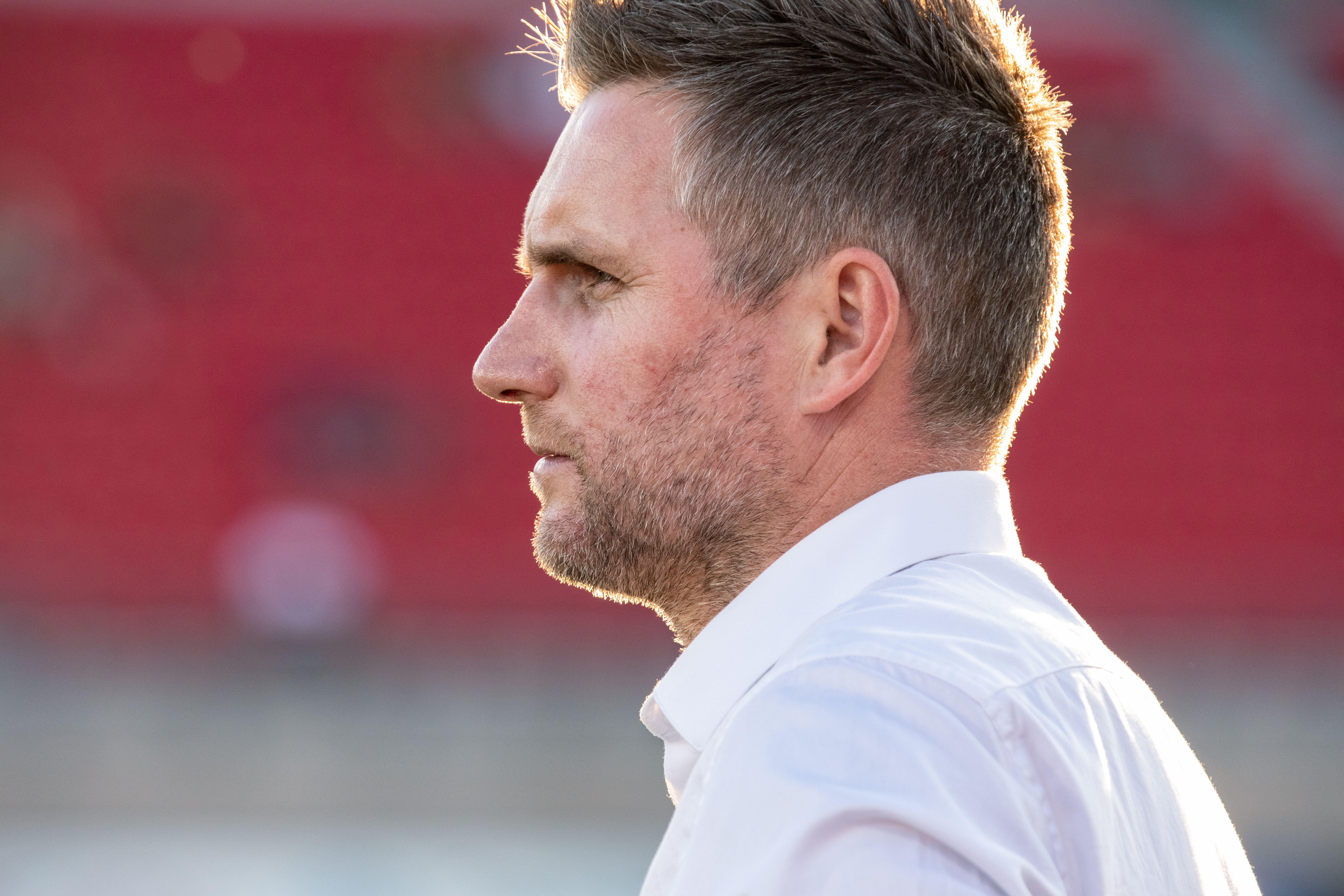 York9 FC knows all about flipping the script – they’ve done it all season, after all, having kicked off their CPL journey by playing the role of spoilers in the league’s inaugural match in Hamilton.

In the weeks since that 1-1 draw, York Region’s outfit went into something of a lull, failing to produce off what looked like plenty of potential on paper.

As such, the Nine Stripes, who hadn’t scored a goal in over 320 minutes coming into this tilt, came into Winnipeg needing a turnaround, and got just that, defeating Valour 3-1 and ended their Spring campaign on a high.

While Y9 head coach Jimmy Brennan was confident the goals would come for his team soon enough, his players’ showings in Winnipeg left him more than pleased, doubly so with the character his team displayed after conceding just one minute into the match.

“I had a feeling today would be the day we would get our goals,” Brennan said after the match. “It wasn’t an easy game, but the group dug in and showed their character and deserved that win. Every single one of the players put in a good shift and worked hard for one another, so it was good to see.”

This latest win moves York9 out of 7th in the league table, meaning either Valour FC or Pacific FC can finish in last place. Those table results had Brennan reflecting on this 10-match opening sprint as he now switches focus to the Fall portion of the 2019 CPL season.

“We finish the first part of the season off with a win, got a hell of a lot of draws, so we want to turn them into wins,” Brennan said. “The guys say it themselves, we want to compete, we want to win and we want to be in that final.”

A meeting with Cavalry FC at the end of the season is the goal, and for captain Manny Aparicio, who scored the game-winning free kick goal – his first for the club – this result was a “great way to end the Spring season.”

“We know we have the grit and passion, it just shows the character of this team,” Aparicio said after the match.

“This is really important for some guys,” Telfer said. “It’s that confidence, you know, being able to hit the back of the net. We’ve had goalscoring droughts, and Jimmy spoke to us and said it’s one of those times where you can’t hit the net for whatever reason, then all of a sudden one game comes and everything that we hit goes in. Today was one of those days.”

Telfer added: “It was perfect timing. Now we’re looking forward to the Fall season, looking at how the whole thing started for us. But the most important thing was we wanted to start playing our own brand of football. And we just want to get to that point where we keep improving every single game.

“Ultimately, we want to be playing a championship game come the end of the season. So that’s really the goal.”