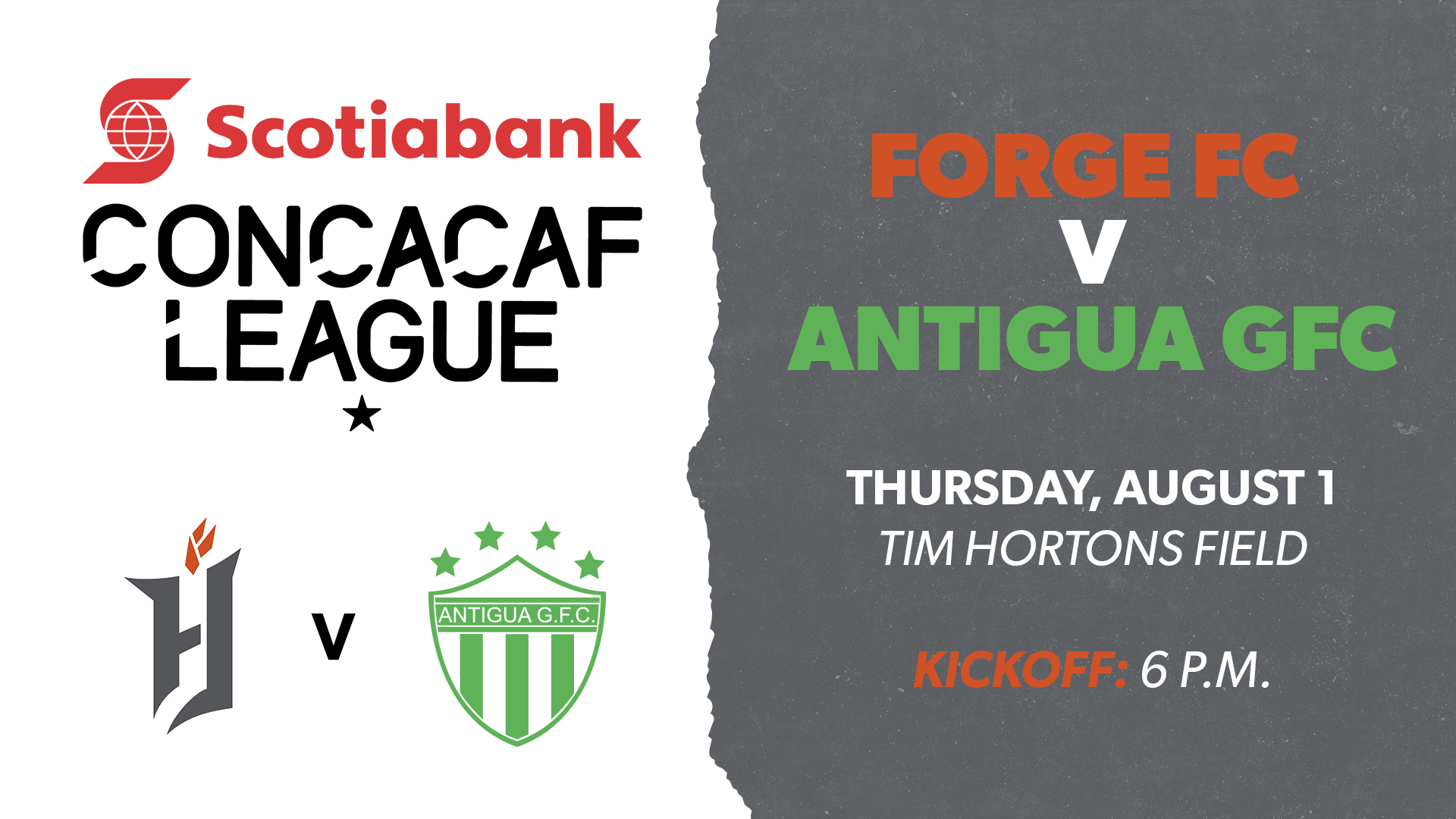 Forge FC will host Antigua GFC Thursday, August 1 at 6 p.m. EDT at Tim Hortons Field in the first leg of 2019 Concacaf League preliminary round play. The two teams will meet again one week later in Antigua, Guatemala for the second leg on Thursday, August 8 at 8 p.m. EDT at Estadio Doroteo Guamuch Flores.

These historic matches represent the first time a Canadian Premier League or North American club will be participating in the competition. This year’s Concacaf League features an expanded 22 top clubs from across Central America, the Caribbean and North America whose lone representative is Forge FC. The Concacaf League champion and the next-best five finishers will advance to the 2020 Concacaf Champions League tournament. For details on the format and expansion of the Concacaf League, click HERE.

For details on how to purchase tickets to Concacaf League games, or for any other inquiries, please click HERE.

Due to Forge FC’s participation in Concacaf League, the club will now collaborate with the Canadian Premier League to reschedule the following two CPL league matches: