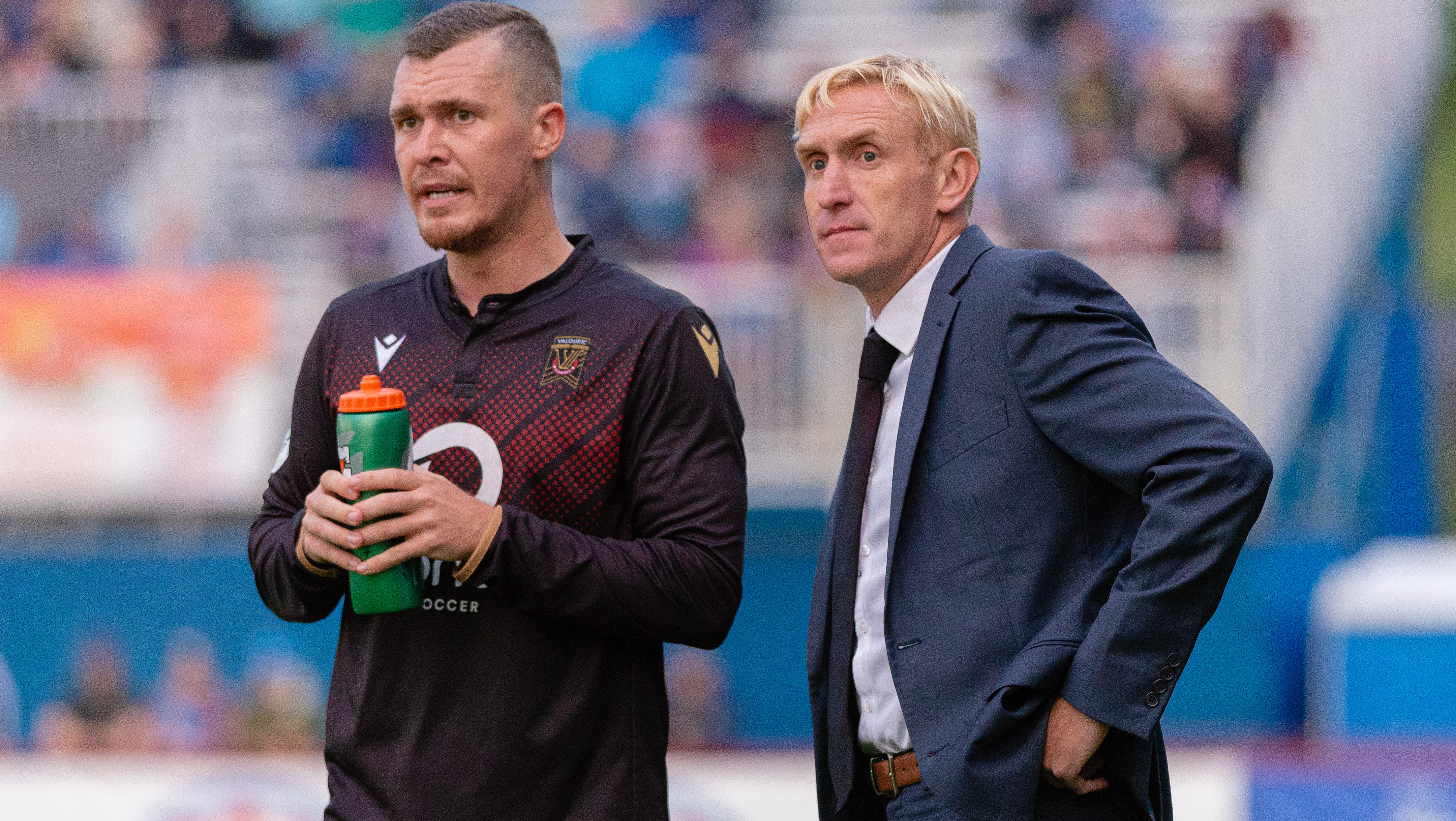 WINNIPEG – It’s funny how things work out sometimes. For example, Just take a look at the Canadian Premier League schedule.

Spring champions Cavalry FC, went right back to work for the Fall campaign within 5 days of finishing top of the table. They used that momentum to defeat Pacific FC 3-2 on Vancouver Island. There was no need to press the pause button on progress, and fortunately, the schedule co-operated. A 0-0 draw with the Whitecaps in CanChamp action? Even better.

Valour FC didn’t need a pause button; they needed a reset. Like, dig through the drawer for a push pin, grab a flashlight and poke around for that reset button. It’s easy to say but not always easy to actually do. Fortunately, the schedule obliged. After closing the spring season with a sixth straight defeat on July 1, Valour does not play again until July 17 in Edmonton.

“I think it comes at the perfect time because we need to refresh everything,” Valour FC midfielder Louis Beland-Goyette said. “Both on the field and in our heads, we can get ready to attack those 18 or 19 games.”

As the club tried to change course and bounce back as the losses piled up, the injuries continued to pile up too. By the end of the Spring season, every player had been shuffled in and several played multiple positions in the just ten-game span.

“We took it in turns being injured continually, from Michael (Petrasso), Skylar (Thomas) I mean name a player, maybe (only) Jordan Murrell and Martin Arguinarena have been available every game,” Valour FC head coach Rob Gale said. “It makes it challenging but that’s professional sports.”

Another part of professional sports is that when something isn’t going well, there will be calls for changes. Gale has mentioned in the past that there is no reason to panic about the Spring season. So while the transfer window appears to be wide open, there may not be much coming into the Winnipeg side.

“I mean nothing’s happened has it?” Gale said when asked about rumblings of movement around the league. “(But) you never know, right now we got more bodies coming back, we’re hoping to get a couple of our attacking pieces fit and we’ll take it from there.”

There was one change in training this week. Valour FC and forward Stephen Hoyle parted ways on Monday. The English striker may have made just six appearances, but his name will ring on in the club’s history books. He scored the first goal in Valour history on May 1 against Pacific FC.

“We got nothing but good wishes for Steve,” Gale said. “It was difficult for him, he’s had to come halfway around the world.”

So the focus shifts to the players left at the disposal of Gale and his staff. And unlike the spring season, key additions like Adam Mitter and Marco Bustos will be with the team from the start in the fall campaign. The club is also using the time between matches to get the entire roster healed and match fit.

“That’s all you can do right, work with the players you got and keep improving, Gale said. “For us, it’s getting players healthy and hopefully more potential players available to us. At the end of the last game, eight bodies were injured.”

There have been several positives among the first half of the season. Youngster Tyler Attardo scored twice, and is the youngest goalscorer in league history, midfielder Raphael Ohin is emerging as a breakout player in his first pro season and the atmosphere created by the Winnipeg fans has drawn attention from all seven CanPL markets.

For the players on Valour FC, they want to prove their fans right, and the doubters wrong.

“I hope they still have faith in us because we are going to change stuff, change our mentality and our play,” said midfielder Louis Beland-Goyette. “We need to start getting the winning mentality and even though we have injured players it happens everywhere to every team so we have to keep pushing.”

Beland-Goyette’s play has also been seen as a positive by pundits around the league. His name popped up among the top players in the Canadian Premier League spring season.

“It’s great for me (to see) but the team always comes first, I would rather see like four other guys from our team named in a best eleven,” he said. “That’s why this break is good, we refresh and maybe we will see more Valour players on that thing.”