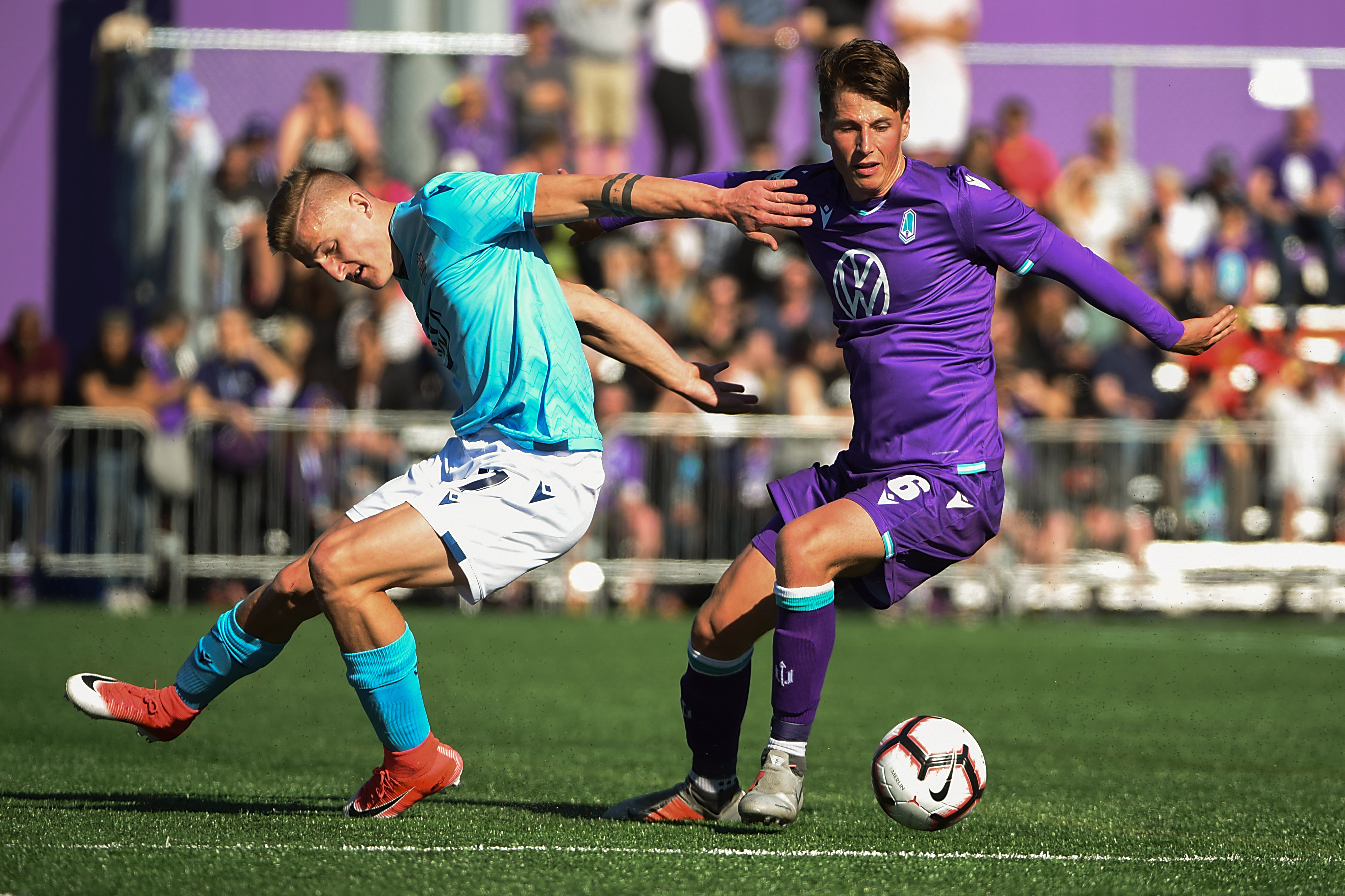 It happened in the 75th minute on April 28th, Pacific FC’s first match in club history. HFX Wanderers FC were pressing deep; the visitors had secured a corner kick. The ball came loose in Pacific’s six-yard box, and Wanderers defender Chrisnovic N’Sa had what looked like a sure goal. Until it wasn’t. Starostzik’s outstretched foot made sure otherwise.

“I played on, because I was so (full of) adrenaline,” the German centre-back told CanPL.ca, “But this was maybe a big fault for me. Because of that, the blood [went] into the tendon, into the bone, and it made the whole thing worse.”

It has been a long road to recovery for the 28-year-old from Marburg. Ten weeks of rehabilitation and counting – of working on Pilates and stabilization and building towards match fitness – while remaining wary not to re-aggravate anything. It has been trying on the former Hallescher FC defender.

With Hendrik Starostzik returning to full training for @Pacificfccpl, here's a look at how his lone performance against HFX compares to season averages for the rest of PFC's defenders. Small sample size for Staro, but striking nonetheless. #PacificFC #CanPL pic.twitter.com/F5XQXTchKa

But Starostzik’s return is getting closer. Since Friday, he has been participating in full training with the team. And for his club, the defender’s return cannot come soon enough.

As Pacific FC prepare to host Forge FC on Saturday, June 13th (3:00 p.m. PT/6:00 p.m. ET, on OneSoccer), head coach Michael Silberbauer’s side will be without defensive midfielders Alexander Gonzalez and Matthew Baldisimo (both due to suspension), as well as marquee striker Marcus Haber (knee). Kadin Chung was out last week, and Lukas MacNaughton has been out since June 20th — a predicament that led Silberbauer to entrust both Baldisimo and defensive midfielder Alessandro Hojabrpour to shore up the back line against Cavalry FC.

Could some much-needed help be on the way against Forge?

“I certainly hope so,” Silberbauer told reporters after PFC’s 3-2 loss to the Cavs. “But we’ll play with the guys who are ready.”

Encouraging sight for @Pacificfccpl: both Lukas MacNaughton and Hendrik Starostzik running sprints, kicking around ahead of today’s match with @CPLCavalryFC. Getting closer to a return. #PacificFC #CanPL pic.twitter.com/Xgknybh1S9

The good news for the West Coast club: Lukas MacNaughton expects to return. After injuring his groin against Valour FC – the result of a collision with Valour goalkeeper Mathias Janssens – the New York-born, Brussels-raised centre-back is feeling closer to full strength.

“I feel a lot better,” MacNaughton told CanPL.ca. “I think the decision not to play (last weekend) was based on the fact that it’s a long season. Any injury is dangerous, but especially the groin, so I don’t want to put myself into the game and then get injured again for a long period of time. But every day is a lot better than the day before.”

Starostzik, too, is close — even if a return date is not yet final.

“It’s a great feeling (to be on the field),” he said. “I have to work on my stamina a lot, but I’m really satisfied at this point, and I hope I come back very soon.”