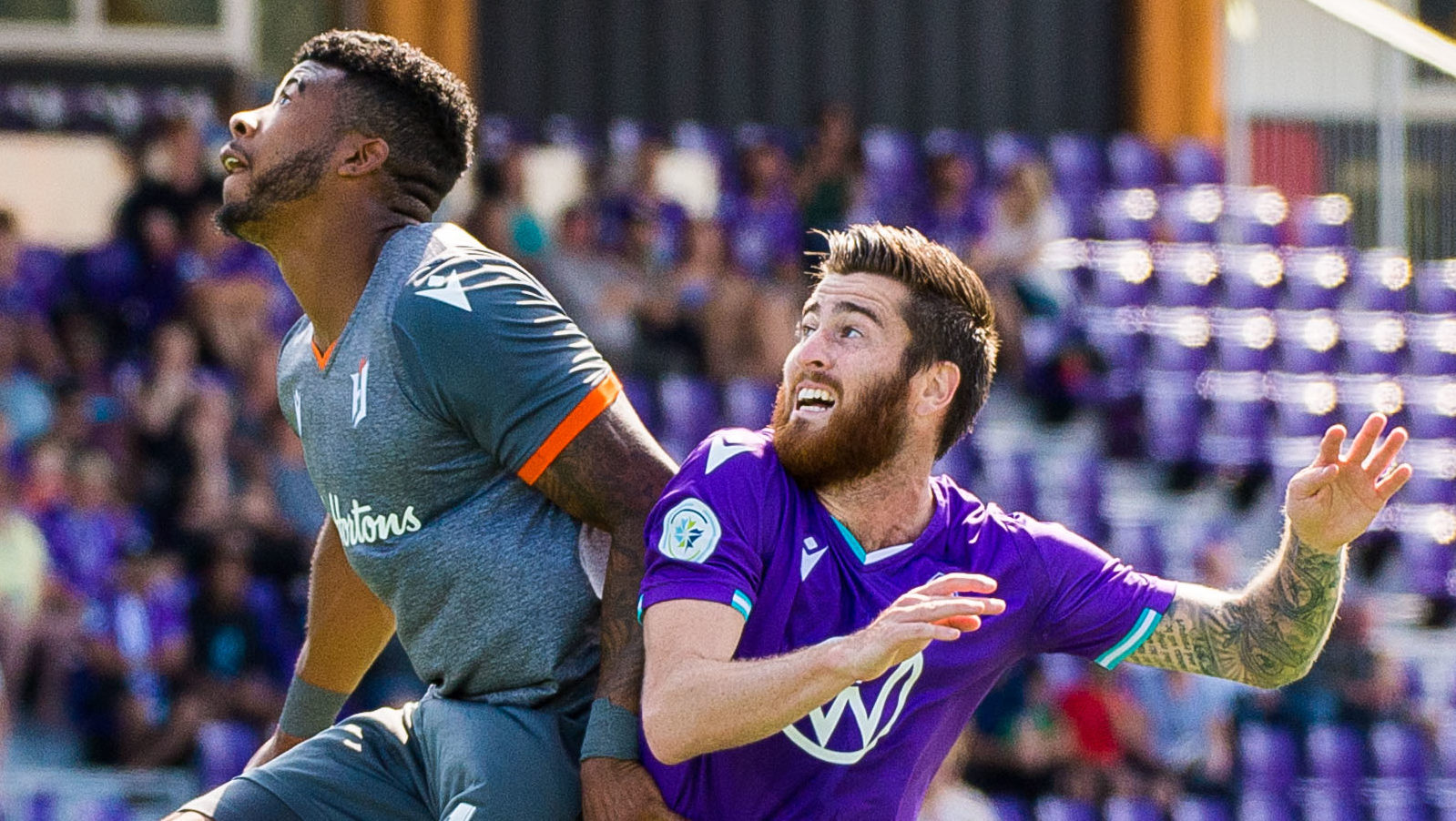 VANCOUVER ISLAND – Nolan Wirth did everything he could. Terran Campbell and Victor Blasco provided their usual offensive boost. But in the end, not even Hendrik Starostzik’s long-awaited return could lift Pacific FC to a victory in front of their home crowd on Saturday, as they fell 3-2. Forge FC were too good — the pressure too constant to withstand.

Things looked near-perfect for Wirth through 45 minutes: eight shots, eight saves — lunges and punches and contortions, almost all of them. It was a sight like Dominik Hasek in his acrobatic prime, if the Czech netminder had ditched his pads and taken up soccer instead of hockey. No matter. Bobby Smyrniotis’ side kept up the pressure.

Nolan Wirth, after 45 minutes:
✅ 8 shots faced
✅ 8 saves
In @Pacificfccpl's 13 matches before today, no keeper has made 8 saves in an entire match, let alone one half.#PacificFC #CanPLxOneSoccer

Eight shots on target conceded through 45 minutes should have been the first indicator that Michael Silberbauer’s side had defensive issues to address. (In the end, Forge outshot Pacific 21-14.)

Too often, Forge’s attackers — Tristan Borges, Emery Welshman, Elimane Cisse — found space in the final third to operate and pressure the back line. Émile Legault looked frustrated at centre-half, too often caught in a position where he needed to foul. Other times, Blake Smith found himself passing to teammates who weren’t expecting the ball.

“We defended like boys,” Starostzik, who played his first match for PFC since April 28th, added. “We have to defend like men.”

The German centre-half provided a measure of calm in the backline upon his entrance in the 60th minute, but the pressure was too great; Borges proved too dominant — two goals and an assist in the span of 32 minutes.

“In the first half, you could see we had a lot of chances,” the 20-year-old Forge midfielder told CanPL.ca after the match. “(I had) good assists from my teammates, and I just had to bury it.”

It has not been an easy start to the season for Pacific: visits from league giants Cavalry FC and Forge FC in back-to-back weekends. One might have expected the West Coast club to begin 0-2. Still, the losses hurt.

“We can do better,” Victor Blasco, who scored late to bring Pacific within a goal, told CanPL.ca. “We’re young. Everybody knows it. But that’s not an excuse. We have injuries. But we need to be accountable.”

For Silberbauer, the focus will once again return to defence, though the Danish coach maintains that his club has other areas to address.

“It’s not only the back line’s fault,” he said. “We played a little bit into their hands. We played some balls in the middle that set them on the counter.”

Starostzik’s return will give Pacific confidence moving forward. A full 90 minutes — as early as Wednesday against York9 FC, perhaps — will help to bolster PFC’s defence. The 28-year-old is ready.

“This is a big thing: to develop our defending,” Starostzik said. “I trust our offensive guys to score goals. So we have to work on it, and the work starts now.”