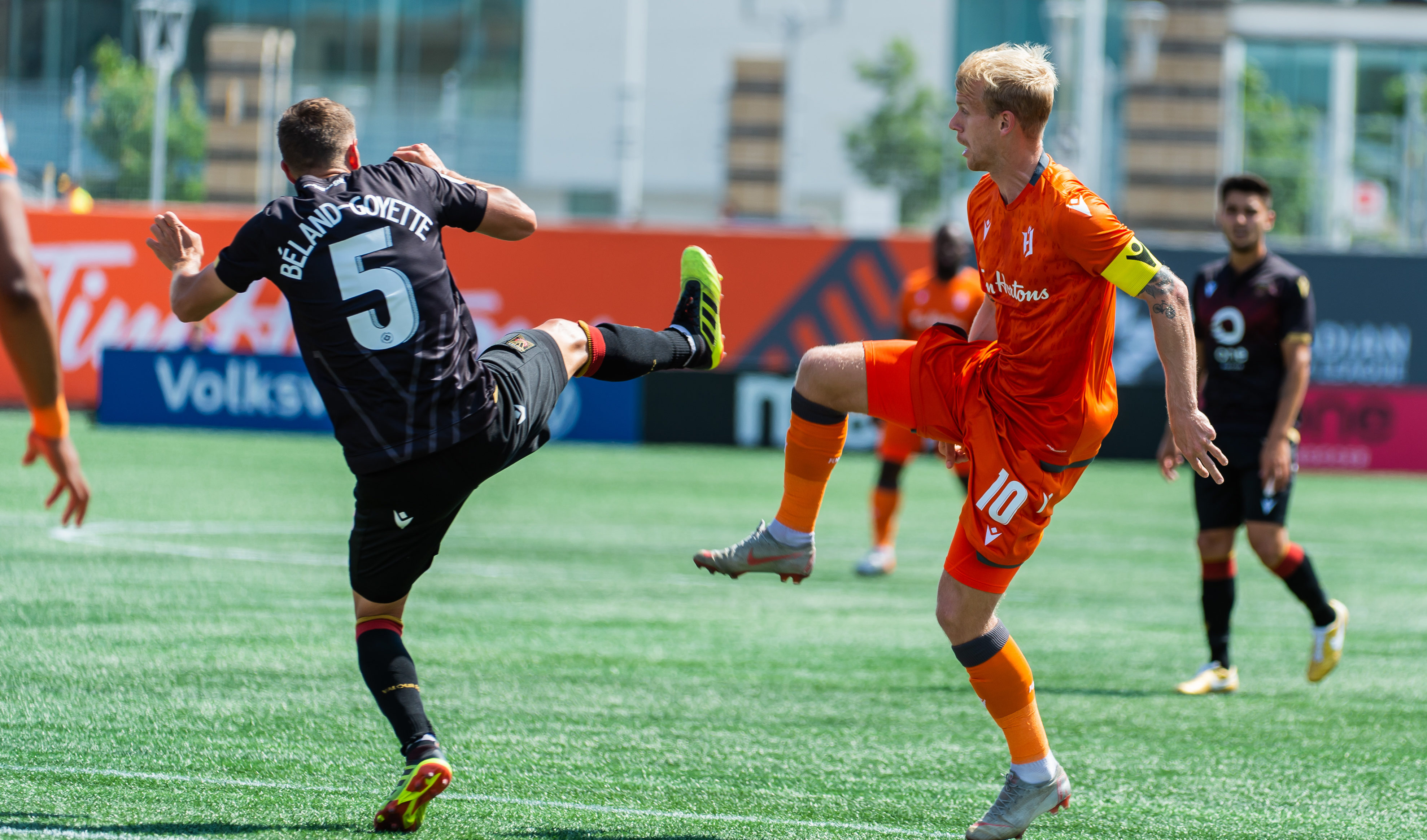 Take, for example, his team’s showing against Forge on Saturday – resilient as ever, the visitors from Winnipeg took the game to the home side in sweltering conditions – teetering on +48 degrees Celsius with humidity – over 90 minutes of intense football.

A penalty shout missed, another given, battles in the box producing just one shot from the spot in Forge’s favour. Couple that with a sublime Kadell Thomas solo effort … well, there’s your 3-1 loss, folks.

But, with Valour now winless in their last eight matches, Gale isn’t looking for excuses. Only solutions.

“It’s unfortunate; one penalty, either way, makes a big difference, but, to be fair, we shouldn’t have let it get into that area in the first place,” Gale told the OneSoccer broadcast crew after the match. “It was that five minutes, just right after the water break (in the 2nd half), where we switched off, and (our) legs were gone, maybe.

“What I did like was the mentality in the second half (down 2-1 after the first),” Gale continued. “We got right back into it and took the game to them the entire half. Obviously, we conceded one there, but one player we had to swap right before (second half) kick-off, and another player’s gone off with heat exhaustion. They gave it their all – that’s not a club that’s got a mentality problem or a crisis, let me tell you, before you ask a rubbish question.”

Gale was, rightfully, uninterested in answering that particular line of questioning, though with his side’s W column looking barren through the summer, there aren’t exactly plenty of positives to mask this particular problem.

One silver lining, however, is 17-year-old Tyler Attardo, who once again found the back of the net and continues to lead his team in scoring, having now notched his third of the season.

“It was scorching hot,” Attardo said, of the match. “Even warming up or sitting on the bench, you can just feel the heat on you. You’ve got to stay hydrated but it adds to that mental character. You really have to stay focused and continue to battle.”

He added, of his team’s week off to regroup: “(Now) we just take it all in. You’re revising quickly. We get back to training on Monday and we’ve got to continue to work hard and continue to fight. We’ve been given a good opportunity to restart here, so we’re really looking forward to this Fall season.”