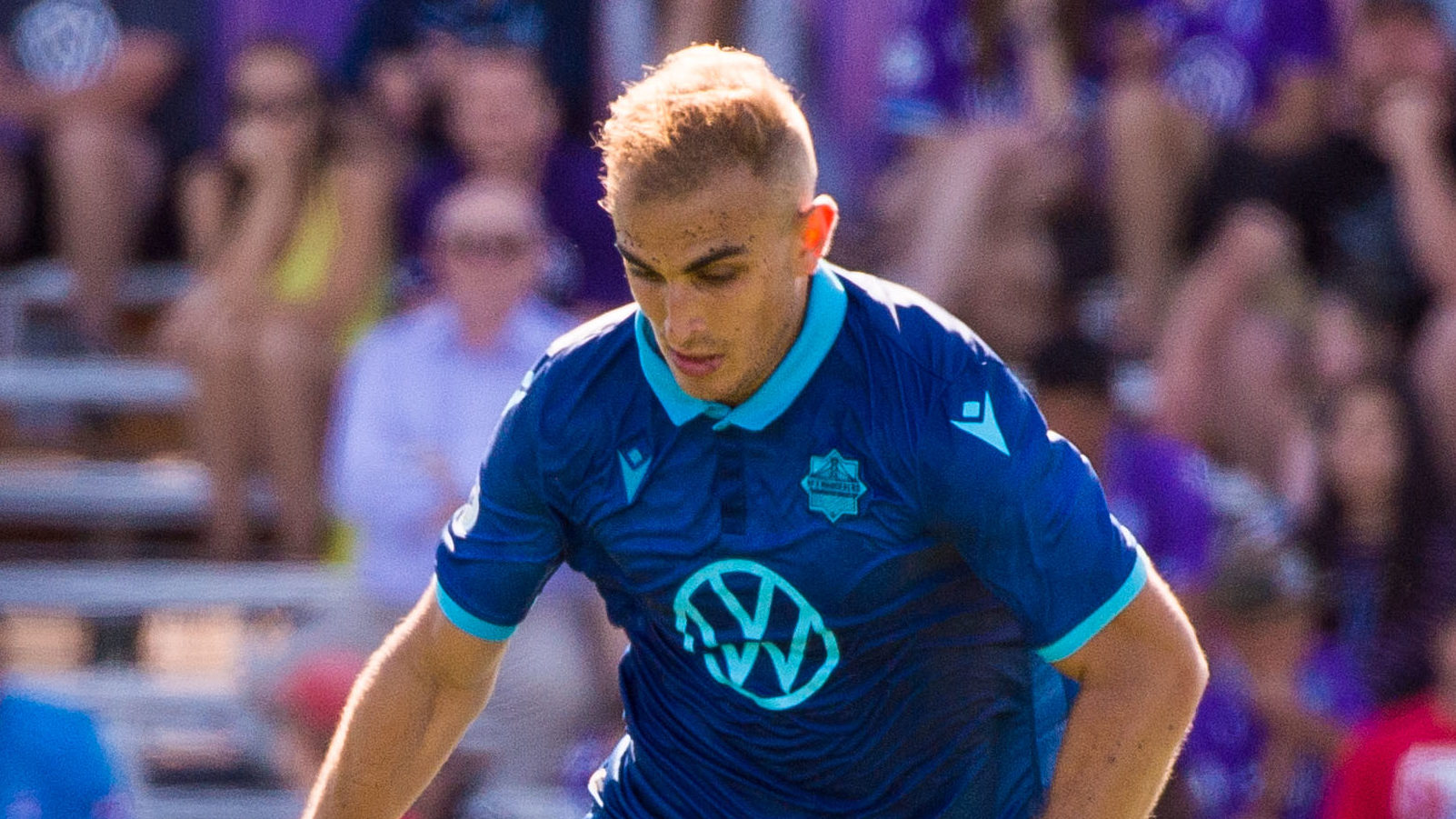 VAN ISLE – It took 555 minutes, but HFX Wanderers FC has finally scored a goal on the road. Matthew Arnone’s 15th-minute header wasn’t enough to scrape that first away win, though, in Saturday’s 3-1 loss to Pacific FC.

“I don’t know what the difference was,” HFX coach Stephen Hart said when asked how they ended the drought. “I’ll have to see the game again. I thought, at times, we possessed the ball much better than we did in the last game.”

The Wanderers certainly didn’t dominate possession, finishing the game with 41.2%, but did manage to use their time on the ball more effectively. HFX generated 15 shots, more than any other game they’ve played away from Wanderers Grounds, including nine in the second half as they chased the game.

This was the first time that first-choice striker Luis Alberto Perea has started in a Wanderers away match, so it’s fitting that their first road goal came in this one. However, Perea — who often runs the show in attack for HFX, dropping back to both create chances and take them himself — was kept largely silent by Pacific.

He had just eight touches, only one of which was in the 18-yard box, and his only shot of the game was off target. Instead, the attack ran through Mohamed Kourouma, who took a third of HFX’s shots himself and made 10 crosses. As a result, the Wanderers’ greatest threat was a non-factor.

In the defensive end, Hart wasn’t happy with the three goals his club allowed.

“We’re in a bad moment,” he said, “because we’ve gone from giving up one goal from our set plays, to giving up four in two games. I’ll have to look at it, but definitely it’s a concentration issue.”

Pacific’s first goal was a direct free kick from Victor Blasco, and their second came after the ball bounced loose after another free kick sent into the box. The second, especially, probably could’ve been avoided had an HFX player managed to keep tabs on Terran Campbell.

Hart’s side’s backline was broken down a little too easily, especially when Zachary Verhoven dribbled through several defenders to set up Terran Campbell’s second goal of the night — the goal that put an end to any hope HFX had of a comeback. So, none of the three goals conceded was easy for a coach to brush off.

If he wanted to smooth out the set piece strategies before Wednesday’s CanChamp game against the Ottawa Fury (7:30 p.m. ET/OneSoccer), though, Hart acknowledged that he’ll have perilously little opportunity to do it. The Wanderers will now travel all the way from Victoria to Ottawa and try to be ready for that all-important tie decider.

Asked how a team can prepare for Wednesday’s match on such a quick turnaround, Hart’s answer was simple — “You don’t.”

“You just have to recover and play the game,” he continued. “There’s no real preparation, you look at some videos and you go out on one day, practice, do a little bit of something, but there’s no time for preparation.”