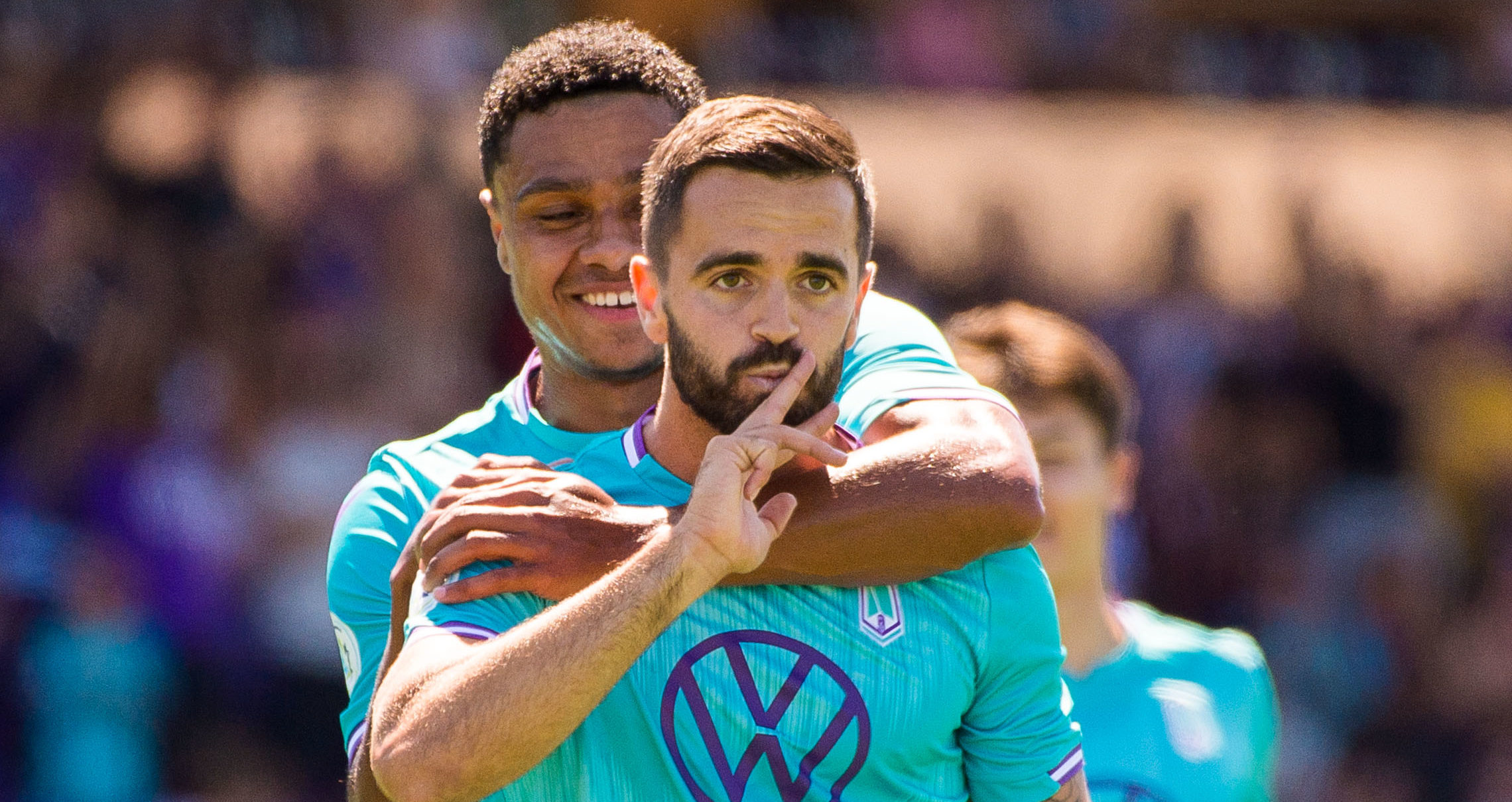 “He shoots, and he just hits the net,” the veteran footballer said of his newest teammate, 20-year-old forward Terran Campbell. “When push comes to shove in the last minute, and you’re still chasing that goal, you have a guy that you can count on.”

He might have said the same of Victor Blasco.

Fourteen games into Pacific’s inaugural season, there may be no brighter spot for the West Coast club than its budding attacking duo of Campbell and Blasco, 25. Together, the two have combined for twelve goals (more than any other duo in the Canadian Premier League) through all competitions; at least one has scored in each of PFC’s last seven matches.

Entering their match against @HFXWanderersFC, here's a look at @Pacificfccpl's Terran Campbell and Victor Blasco's production per 90 minutes, compared to the rest of PFC. (Note: these passing stats for PFC average don't include GKs.) #PacificFC #CanPL pic.twitter.com/H5oCCFshny

Pore through Pacific FC’s box scores from just about any week, in fact, and the names Campbell and Blasco stand out like twin Douglas firs: A virtuoso Canada Day performance from the Mallorca-raised Blasco against Cavalry FC; a Campbell game-clincher on the road against Valour FC.

On Saturday, at home to HFX Wanderers FC—when Pacific needed them most—there they were again: Blasco, with a 9th-minute free kick that curled over the Wanderers’ wall and into the left-hand corner of the net; Campbell, with a 61st-minute strike to give PFC a 2-1 lead, and another in the 90th-minute to ensure PFC’s first win of the Fall campaign.

“Confidence, that’s all it is,” Campbell told CanPL.ca. “I think we go into every game with confidence, and if you have confidence, you can do anything with it.”

Pacific head coach Michael Silberbauer told reporters post-match: “Victor’s getting into good spots. Terran is a handful in each game. I’m even more proud of them, because they also did their job defensively.”

For Blasco, the season has been a career revival. A product of FC Barcelona’s famed ‘La Masia’ academy, he spent the last three years removed from professional soccer after his release from Vancouver Whitecaps FC 2—the result of an undisclosed breach of the club’s personal conduct policy in 2016.

? @victorblasco scored the first goal of the match!

? Tune in to https://t.co/hishXepRT3 for the match

“One is young and immature, and life gives you a lesson the hard way sometimes,” Blasco told Premier Podcast’s Michael Miller. “I spent three years away from soccer due to mistakes. And thankfully, Rob Friend, Josh Simpson, James Merriman, and Michael Silberbauer believed in me.”

Blasco left Saturday’s match in the 40th minute with a hamstring injury, but has since been ruled healthy.

“I didn’t want to force it, because if I pull it, it’s two months. I’m good,” he told reporters after the match.

For Campbell, who now ties Forge FC’s Tristan Borges for the most goals in the CPL (7), the season has been a coming-out party—one which has earned him the nickname “Canadian Hulk” from his teammates.

“He’s a big guy,” defensive midfielder Matthew Baldisimo told CanPL.ca. “If he’s got his back to you, back to the goal, it’s hard to get around him, and his hold-up play is really good.”

“Hopefully I can keep that name up,” said Campbell.

Pacific needed this one. A four-loss streak to start the Fall season might have sunk the Langford-based club too deep in the water for even CFB Esquimalt—on hand for Military Appreciation Day—to salvage. But those are concerns for another day.

“I felt this may have been our best combined 90 minutes,” said Silberbauer. “You’ve seen flashes here and there, good games, but this was, for me, the best combined tactically that we’ve performed.”

On this day, with a win under their belt, Pacific can smile. On this day, at least, the “West Coast, Best Coast” chants held true.