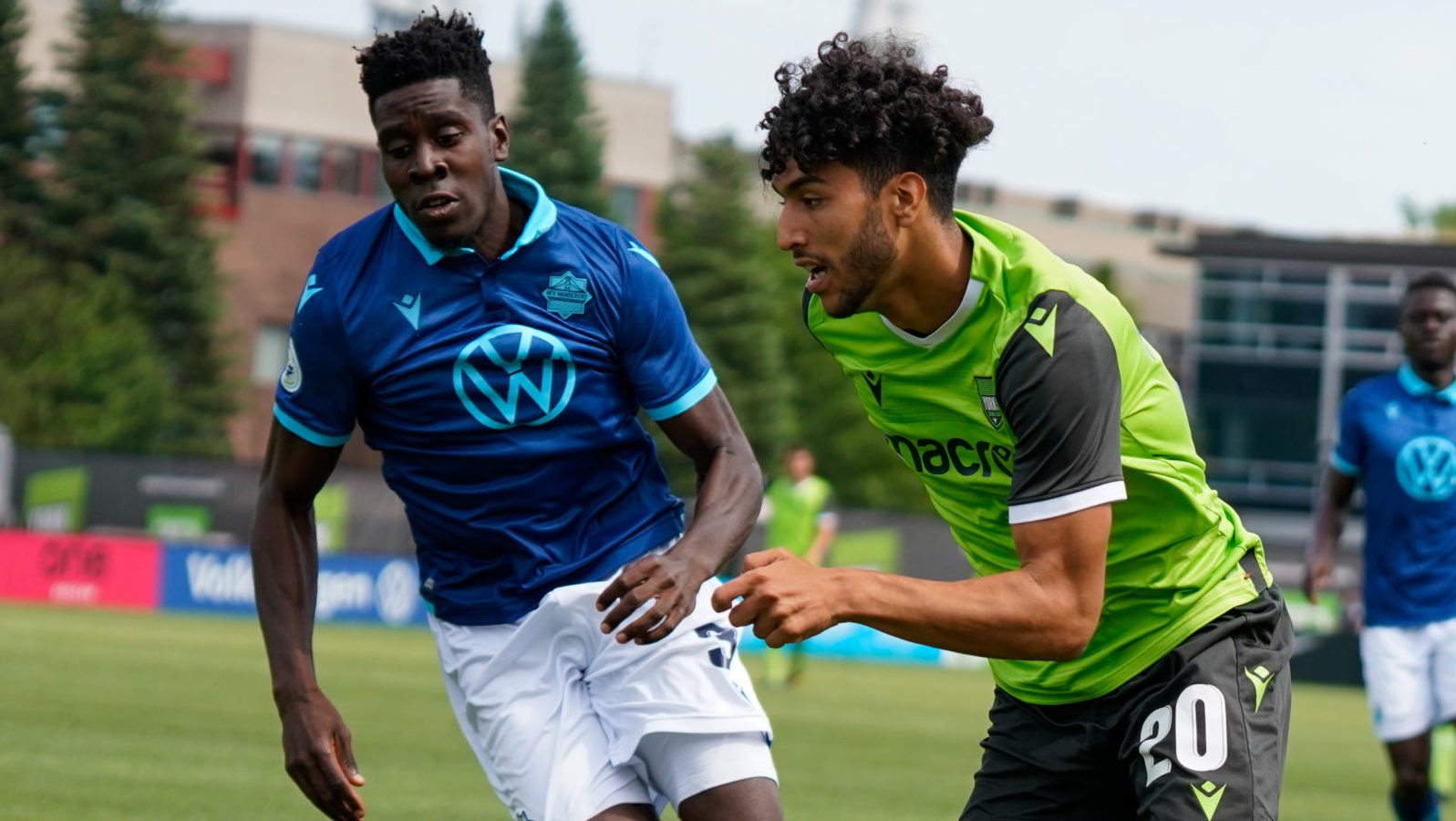 YORK REGION – Sometimes, after a hard-fought game of soccer, both teams emerge with a healthy balance of positive and negative emotions.

Today was not one of those days, however.

“You can understand that happening to you once, but it happened six times,” a frustrated Hart added. “And we did not adjust.”

It was all smiles from York9 coach Jimmy Brennan, though, as he reflected on a match he felt was a long time coming. He was pleased to see his words of motivation to his attacking players finally bearing fruit.

“We said to them, if you keep creating these chances, there was gonna be one game where they all fly in for you,” he said. “Today was that day.”

“I enjoyed watching them today,” Brennan added. “They were playing with their chests out, they had smiles on their faces.”

Rodrigo Gattas, for whom they certainly did all fly in as he recorded the first hat-trick in CPL history, earned special praise from his manager and teammates, including Ryan Telfer (who had two goals of his own in the offensive deluge).

“Honestly, I didn’t expect Gattas to come out and outscore me,” Telfer said. “I think Gattas and I clicked way earlier than expected. Gattas has been feeding me balls, and I’ve been doing the same for him.”

Both York9 and HFX were eliminated from the Canadian Championship on Wednesday, by the Montreal Impact and Ottawa Fury respectively, and they responded in very different ways.

“Obviously they were still gutted from that game on Wednesday. It’s a game we all thought we should have won and we should be in that next round.” Brennan said. “I think we took our frustration out today on HFX.”

The Wanderers, who played with an unchanged starting 11 from that CanChamp game, were noticeably exhausted after such an emotional cup tie, and rather than rebound like York9 did, they came out completely flat.

Hart took a measure of the blame for that one, acknowledging that he perhaps should’ve injected some fresher legs into his lineup.

“I thought I would go with the same selection of the most healthy players and not put certain players at risk,” he said, referencing a few HFX regulars dealing with injuries. “I’d have to admit I got it wrong.”

Ultimately, the Wanderers’ takeaway from a defeat like this is singular:

“This can’t happen again,” asserted HFX defender Matthew Arnone. “The effort levels were second to theirs. That’s something that we preach in the locker room, it’s something that doesn’t take breaks. Yes, your football’s not gonna be the best at times, but your effort needs to be at a professional level every game.”

The tired Wanderers now must move swiftly on, as they head west for a game at FC Edmonton on Wednesday (9:00 p.m. ET, 7:00 p.m. MT/OneSoccer). York9, on the other hand, won’t get a chance to capitalize on this momentum for two weeks.

“We have a few days here where we’ll send them away tell them to come nowhere near the club, don’t even watch football – get away from it as much as possible,” said Brennan, who suggested that some time off will be a blessing for his tired squad.

The Nine Stripes thus head into this break on an extremely positive note, after what was surely their best game of the season.

And after that break?

“I’m expecting to have many more good games,” said Gattas, the hat-trick hero, through a translator.