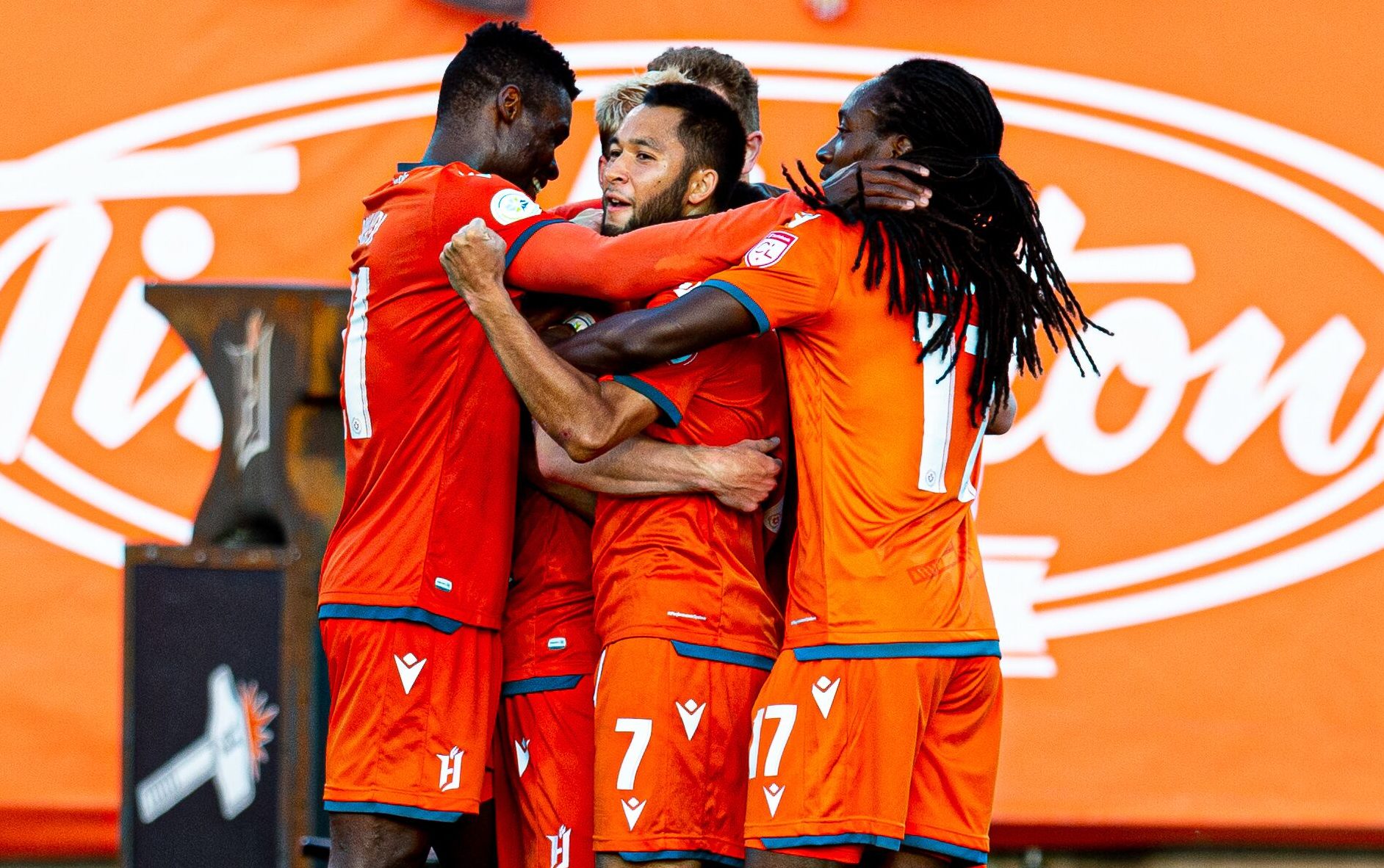 In soccer, a team can become a victim of its own success.

How so? Well, the more you win, the more you play. Win a league, and you’re invited to international competitions. The fixtures add up.

And, Forge FC is looking at a September and October that might feel a bit like … Scotland back in 2008.

Let’s back up to the 2007-08 Scottish Premier League season. Like pretty well every Scottish season of that era, it was a two-horse race between Celtic and Rangers. Well, in the early spring it didn’t even look like a two-horse race, to be fair. Rangers had a massive lead atop the table. But, Rangers were also enjoying big runs in the League Cup, FA Cup and, most importantly, the UEFA Cup. Because of that, a bunch of Rangers league fixtures had to be rearranged. In the meantime, Celtic made up the gap. And, by the time May rolled around, Rangers had to play six league games in just 18 days. That wasn’t all — Rangers also had a UEFA Cup final sandwiched in there.

In that same time period, Celtic had just three league games — and won them all.

Rangers couldn’t keep up with the mad schedule, a fixture list that had to be rearranged and rearranged again because of the club’s own success. Celtic won the league title by three points, and an exhausted Rangers side even lost the UEFA Cup final to Zenit St. Petersburg.

Forge FC already has a storybook first-round victory over Antigua in the first round of the CONCACAF League. But, those two legs against Guatemalan opposition forced the CPL to reschedule two Forge games. Moving onto the second round means two more games — away to Halifax and away to York9 in late August — will also need to be rescheduled.

Right now, Forge sits a point behind FC Edmonton and Cavalry FC in the Fall season race for first. And the games in hand for Forge FC will mount through August.

If Cavalry wins the Fall to add to its Spring title, the other berth in the Championship goes to the team with the next-best overall record in the league. Forge leads FCE by four points, there, but the Eddies have been reeling in the Hamilton side.

Forge, because of rescheduled matches, already have nine games to play between September 8 and October 16. Two more will need to be added to that slate, including that trip to Halifax, because the two postponed late-August matches need to be fit in somewhere. So it’s safe to say Forge will have an 11-game run just over a month to finish the season. And, if the Hamilton team continues to advance in the CONCACAF League … Wow.

So, it’s safe to say that if Forge wants to win the fall title and/or keep the next best record in the league, coach Bobby Smyrniotis’s men have to run one hell of a gauntlet. It might not be as bad as what Rangers had to face in terms of fixture congestion, but Rangers didn’t have to put in the kind of travel that Forge will need to complete.

Rescheduling a game is always a tough ask. Fans make long-term plans when they buy tickets. Season-ticket holders make their summer plans around when their team is home. For visiting fans, they not only buy tickets, but arrange travel and hotels. And, when broadcast partners are involved, well, they like a league to keep to its schedule. Camera people and announcers and the people who work in the truck are booked as far in advance as possible. Rescheduled games pit wrenches in those carefully laid plans.

A decade ago, Rangers complained that not more could have been done to protect them from fixture congestion. No doubt, Forge fans will wonder the same thing come October. But, really, fixture congestion is a problem for many successful teams. The better you are, the more games you play. That’s soccer.

And, imagine, down the line, if a CPL team goes to CONCACAF League and goes on a run in the Canadian Championship. Imagine Cavalry FC’s schedule and Forge FC’s schedule combined.