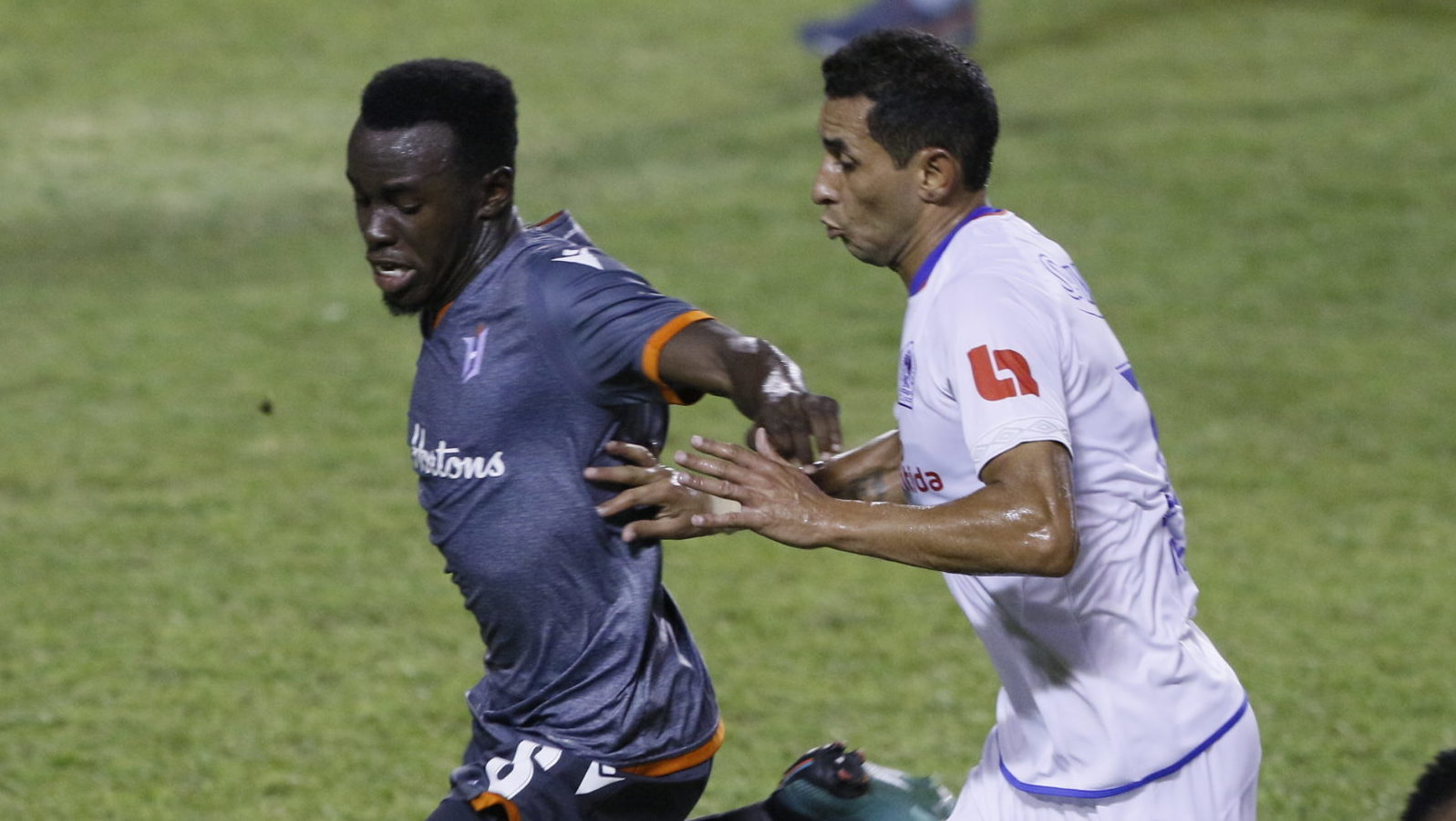 Forge FC’s CONCACAF League journey has met its end. The Hamilton-based club fell 4-1 in San Pedro Sula on Wednesday to C.D. Olimpia, making it 4-2 for their Honduran opponents on aggregate, and so they’ll bow out of this tournament in the round of 16.

Entering the match with a lead after winning Leg 1, Forge found themselves on the back foot from the start as the home side looked to mount their comeback. They were spared from an early Olimpia goal called back for offside, but they couldn’t hold out the surging Hondurans forever.

Jonathan Ferrari opened the scoring for Olimpia with a header in the 31st minute, as he jumped to finish a ball bouncing dangerously around the six-yard box. His marker, which leveled the tie on aggregate, was followed not long after by a stunning strike from Deybi Flores, who scored with a rocket from outside the box to put Olimpia in front.

Coming out of halftime needing just one goal to reverse their fortunes, Forge worked tirelessly to create chances. They came close to striking on several occasions, with David Choinière in particular seeing a golden opportunity go awry, but it was Olimpia that continued to fill the net. Junior Lacayo and Jerry Bengtson both scored into wide-open nets to cap off blistering counter-attacks, putting the score out of reach for the Canadian club.

Forge did see some consolation, as David Choinière was rewarded for his energy with a goal near the end of the 90 ⁠— the club’s first marker outside of Canada. The goal revitalized Forge somewhat, as they pressed hard in the dying minutes of the game, but it was too little, too late for the CPL outfit.

Olimpia will now advance to the CONCACAF League quarter-finals, where they’ll meet Guatemalan side Comunicaciones. Forge, meanwhile will turn their attention back to their CPL Fall season title campaign, which resumes next Wednesday as they travel to Vancouver Island for a match with Pacific FC (10:00 p.m. ET, 7:00 p.m. PT, on OneSoccer).

His goal was an unstoppable effort, and it changed the game massively on the brink of halftime. With one shot, Flores put Olimpia firmly in the driver’s seat, and they never looked back.

Bobby Smyrniotis took a risk in bringing on Choinière to replace Tristan Borges, but he was Forge’s most energetic player. He created several chances by himself, asking major questions of the Olimpia fullbacks; unfortunately, it just wasn’t Forge’s night.

It may be odd to give credit to a centre-back after a 4-1 defeat, but Edgar showed a lot of resolve to try and steady his nervous team. He was immense in the first half, putting his body on the line to throw himself in front of as many shots as he could.