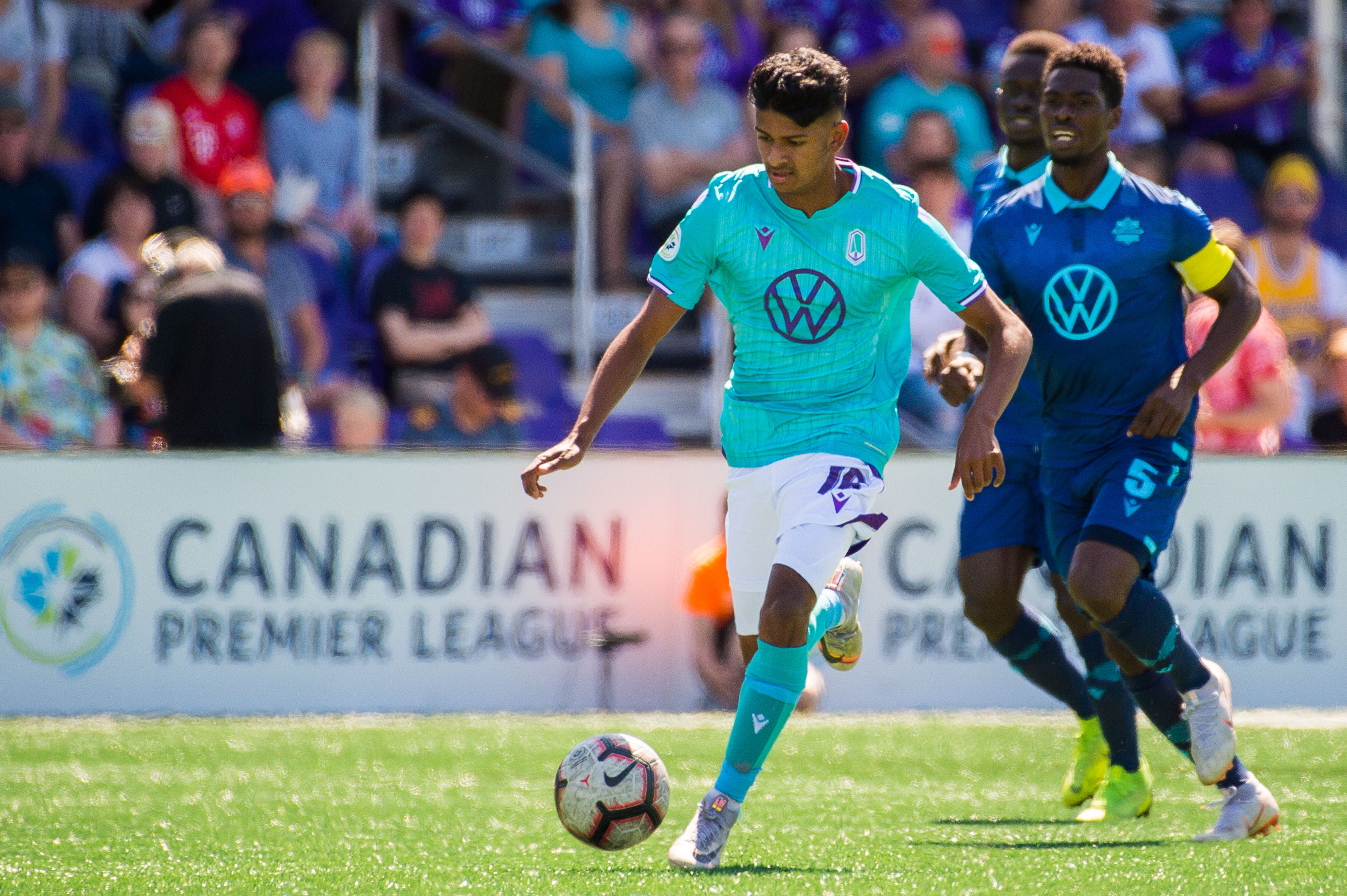 This week, the Canadian Premier League celebrated another milestone, as all seven founding clubs reached their 1,000-minute cumulative threshold for playing time designated to at least three players under the age of 21 – a rule implemented by the league to give young Canadian players the sort of meaningful minutes needed to develop and express themselves.

However, while Cavalry and FC Edmonton crossed that finish line midway through the Fall campaign, for Pacific FC, reaching 1,000 cumulative minutes wasn’t even an afterthought; for, in creating a team that belongs to Vancouver Island, club president Josh Simpson and CEO Rob Friend sought to build a squad made up of young players, instead of supplemented by them.

“It was the club philosophy, right from the start, formed by two former Canadian internationals (Simpson and Friend) who wanted to really lift the dreams of the Canadian Premier League and give these young kids a chance,” Pacific coach Michael Silberbauer told CanPL.ca. “So, we identified young talent as close to home as possible, B.C. and around Canada, and we decided to give them minutes while still being competitive.”

The caveat Silberbauer offers at the end of his statement is key; Pacific FC isn’t an academy team, or a developmental system, after all – it’s a professional soccer club in Canada’s first division. As such, the club currently sits fifth in the Fall table, one point behind Valour but with a game in hand, and can climb as high as third with another win and other fortuitous results elsewhere.

Whether or not Pacific FC can nab the Fall crown in this, their first year, the fact that this team, which features more under-21 talent than any of their CPL peers – Silberbauer regularly counts on players such as Kadin Chung, Matthew Baldisimo, Emile Legault, Jose Hernandez, and Ahmed Alghamdi, as well as the aforementioned quartet – is a testament to their philosophy: “Trust the kids.”

It’s a methodology that Silberbauer explained will only yield greater benefit as this core of players grow together over the years.

“First and foremost, football is about relationships,” Silberbauer stated. “To have a chance to develop relationships together, that’s our mission. In the future, the more you can play together, the better it gets. Being young definitely really moves everyone forward. They are willing to learn and get better by the month.”

He added: “I am very proud of them. A lot of them have seen a lot of minutes, but not just because they stand on the pitch, but because of what they do on the pitch. We’re able to compete and we are getting better, and those relationships are getting better. As long as we see these players move together in the right direction, I think it will benefit all of us.”

To read part II of this feature, including interviews with Noah Verhoeven, Terran Campbell, Zach Verhoven, and Alessandro Hojabrpour, check out the Centre Circle app, available on iOS and Android.