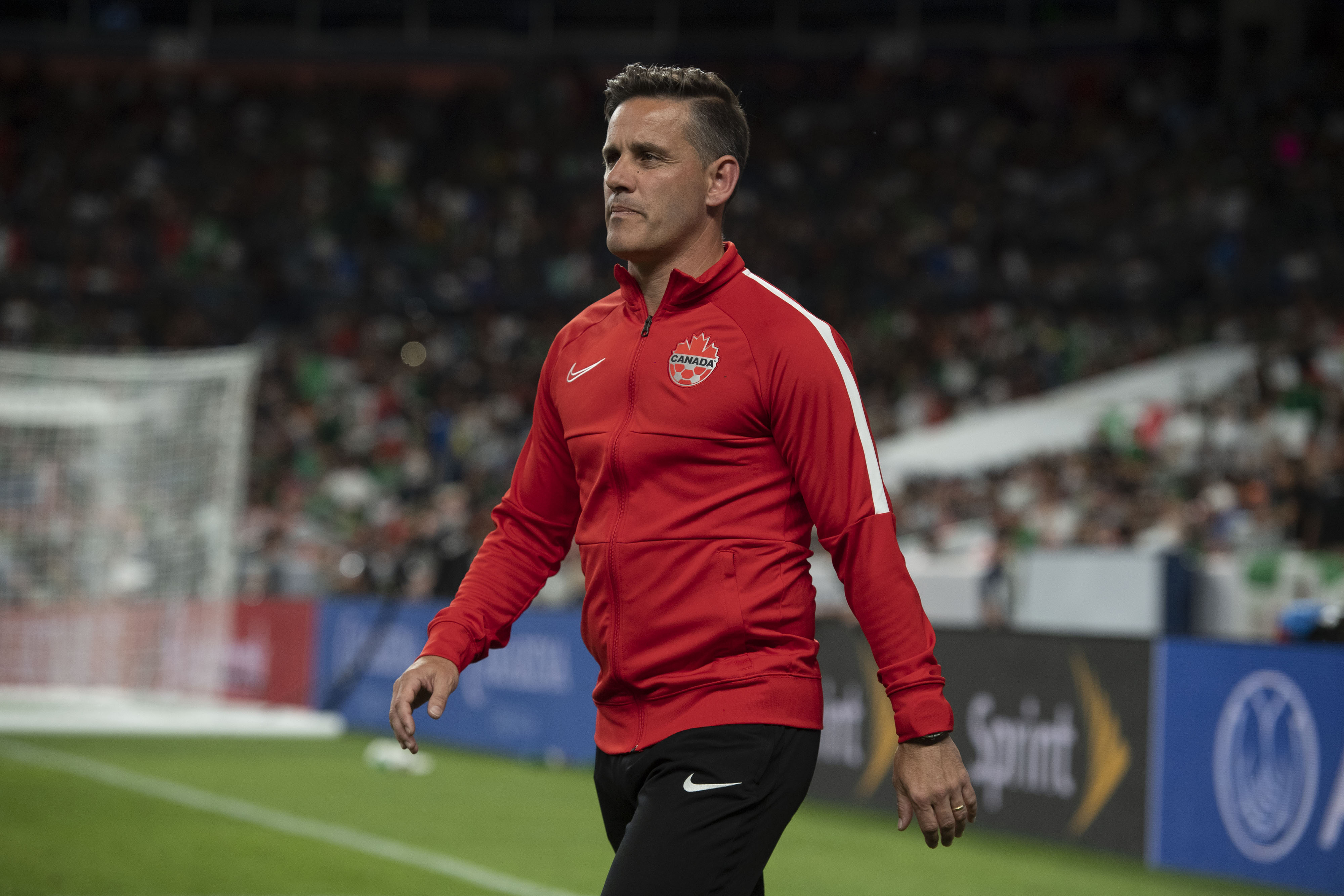 TORONTO – Day after Labour Day: A great time for goal-setting.

Canadian national team members arrived in Toronto on Tuesday in a back-to-school moment of sorts – save for the big yellow school bus. Les Rouges are set to open their inaugural CONCACAF Nations League campaign with a home-and-away series with Cuba, starting with Saturday’s contest. Back-to-back games against the United States in October and November loom large after the Cuba series.

With the first day of school … err, sorry … camp mid-way to completion, coach John Herdman had only one grade in mind for his group: A++.

“We’re playing a catch-up game, one that I think the players are excited for,” Herdman told reporters Tuesday. “It will probably take a perfect season for Canada.”

Canada, ranked eighth amongst CONCACAF nations in the FIFA rankings behind Panama and El Salvador, will need a good run in the Nations League to earn a spot in ‘the new Hex.’

“We’re playing a catch-up game, one that I think the players are excited for.”

Canada will host Cuba on Saturday, Sept. 7 at BMO Field in Toronto (8:00 p.m. ET/OneSoccer) – the first match the national team has played since a second-half collapse against Haiti saw their 2019 Gold Cup campaign close with a 3-2 defeat.

In its previous match, Canada put seven goals past Cuba in a lopsided group stage closer.

“We thought one goal would pretty much deflate their energy for that game,” Herdman said, expecting a tougher test in Nations League play Saturday.

“They are coming into this game with new optimism. (Cuba’s coach) has stated he expects four points out of the two Canadian matches.

“I’m sure they are playing for pride.”

Cuba has yet to win in 2019, closing out their four-game 2019 CONCACAF Nations League qualifying run with a narrow 2-1 loss away to Haiti before a trio of heavy defeats ended their Gold Cup.

“I think we can expect a resilient Cuban team. If they score first, it’s going to be a very tough match,” Herdman continued.

After the Cuba matches, Canada will face the United States in a pair of Group A contests, Oct. 15 in Toronto, and Nov. 15 on the road at a site yet to be determined. The top nation from Group A, along with the winners from the other three round-robin groups, advance to the tournament semifinals.

“It’s beating teams we haven’t beat in a long time,” Herdman said a month before Canada is set to face the U.S. “It’s why we’re getting out of bed, it’s getting exciting.”

Carducci is the first CPL player to be called up to the Canadian national team, being named to the 24-man squad last month.

“There’s an excitement for all of us,” Herdman said about his first CPL call-up. “Looking at his performances this year, especially against the MLS sides, the one in Montreal stood out to me the most … he stood up in a really big match and showed some maturity and a complete performance.

“I’m excited to work with him.”

Carducci’s role will likely be limited, with Milan Borjan getting the call after leading Red Star Belgrade through qualifying to UEFA Champions League proper, set to face Alphonso Davies’ Bayern Munich and Tottenham Hotspur in the group stage. Vancouver Whitecaps backstop Maxime Crépeau in the midst of a breakout campaign too.

Still, Herdman sees value in Carducci, especially his impressive clean sheet record in the CPL, which he added to just hours before arriving at the national team’s hotel.

“Stats speak for themselves; nine clean sheets in 19 matches,” Herdman said with a smile. “That’s as good as anyone I got in my lineup.

“It says a lot about how we’re starting to integrate into the Canadian Premier League,” Herdman concluded. “This is where the rubber hits the road.”