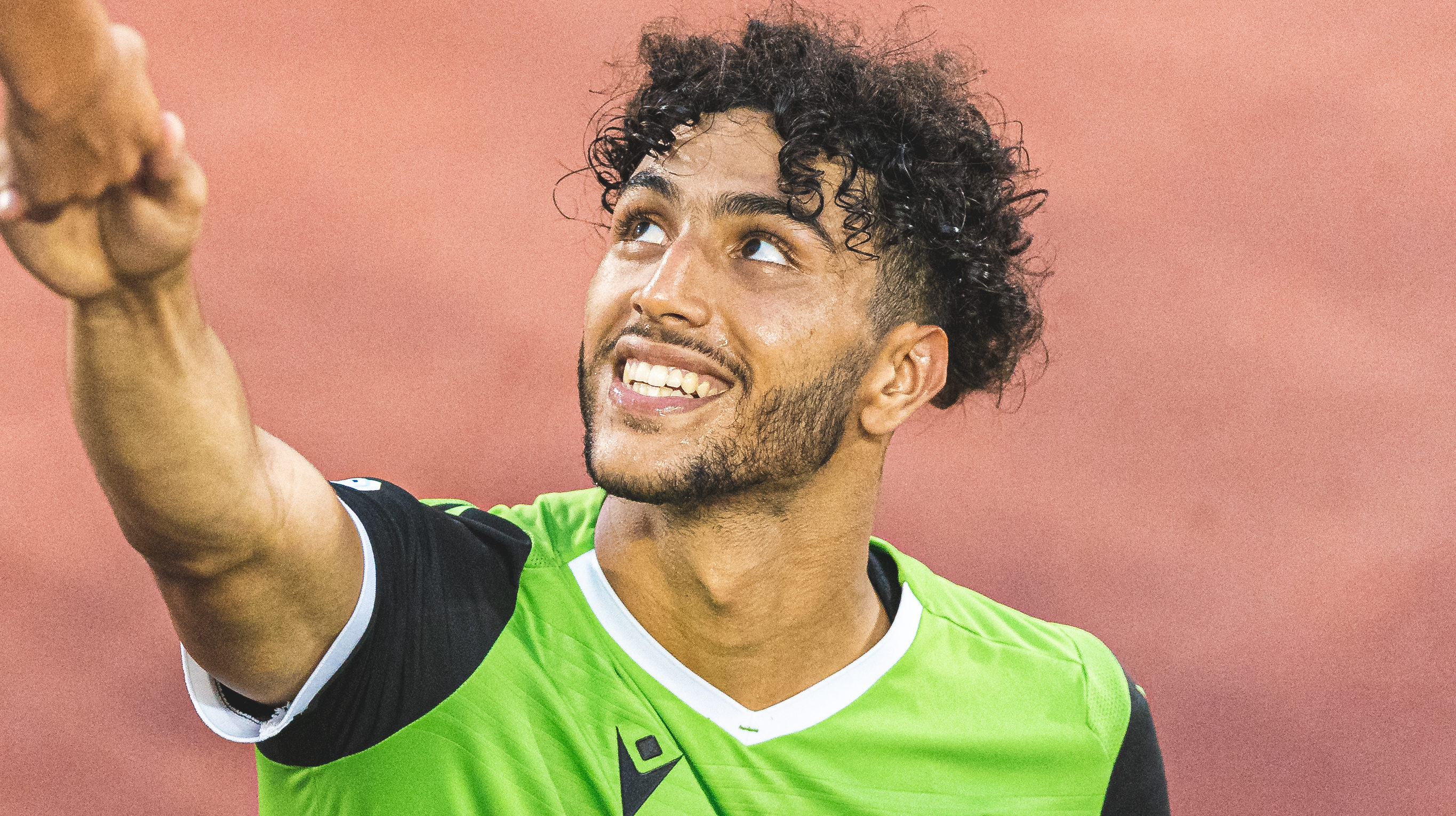 YORK REGION – In the modern game, the full-back position is vital.

A quick glance across the Canadian Premier League sees dynamic attackers and tenacious defenders at the position in every club, but perhaps no duo is as enticing as York9 FC’s Morey Doner and Diyaeddine Abzi, who were re-signed by the club on Wednesday.

Y9 coach Jim Brennan, a full-back in his day, knows what makes a good one.

“Some good full-backs in the league, every team has got their strengths,” said Brennan. “With us, with our fullbacks, the way we play, we give them license to go, get forward and really express themselves.

“Selfishly, I think they are the two best in the league. You can’t take anything away from other teams, they’ve got some good (ones), but I am extremely happy with these two guys right now.”

Doner points to Pacific FC’s Kadin Chung and Forge FC’s Jonathan Grant as players in the position who caught his eye this season, Chung in the beginning and Grant, back from injury, later on: “But me, consistently I feel like I’m one of, if not the, best in the league.”

With Doner, 25, on the right and Abzi, 20, on the left, Brennan has at his disposal players that suit the attacking, possession-based style he is looking for his side to play.

Linguistic differences are no barrier on the pitch or off it.

“My French is non-existent, but he’s one of my best friends on the team,” said Doner, a Collingwood, Ontario native. “We do everything together. I met (Abzi) a few months before we all got together because he was on trial as well, he came from Quebec for a few weeks. We started talking after that.”

“I’m more of a natural full-back, he’s more of a winger converted into a full-back, but we love the way we complement each other,” he continued. “He knows how to get forward and come back, me the same.

Playing on opposite flanks, almost as far away from each other as possible, there is a unique relationship between full-backs, equal parts practice, anticipation, response, and telepathy, all in search of a fine balance.

“Jim has done a good job with me and Abzi,” said Doner. “When he goes, I have to tuck in and stay.

“Part of being a full-back is defending first and getting forward second.”

A Francophone from Montreal, by way of Morocco, Abzi’s months in Ontario have improved his English, in some, albeit limited, ways.

“His English is as good as my French,” smiled Brennan. “He’s a great kid, his English is getting better, that’s for sure.

“But it’s slang, dressing room slang, so good luck to him.”

It didn’t take the Y9 coach long to spot the potential in both players upon first laying eyes on them.

“When I saw Morey in Aurora, I watched him a couple times before he ended up playing for the club and I said, ‘The kid’s got something. He’s just got to be taught the game and how to master that position’.

“He’s got a wonderful attitude, he’s committed to being a professional footballer, he wants to get himself to that next level, every day he plays like it’s his last game. I’m delighted where he is right now, if he keeps improving he can push to the next level.”

And Abzi caught his attention in the Canadian Championship last season: “I watched Abzi last year, he was playing for (AS) Blainville against Oakville (Blue Devils). After five minutes, I said, ‘Who’s this kid, he’s got something.’”

“Right away once we started to put this team together, he was one of the first guys I went after,” continued Brennan. “He’s got bags of potential, lots of energy, good size, can get up and down the line.

“He’s the same as Morey, always wants to learn, always practising to get better, and really understanding that wing-back role. Every game he’s impressing.”

Brennan sees a high-ceiling for the pair of first-year professionals.

“Now it’s about playing week in and week out, playing professionally, understanding what this job entails,” said the coach of Doner, though the same applies to Abzi. “He wants to get into that national team. He’s talking to me all the time: How do I get there? What do I need to do? How do I keep improving?

“And as a gaffer that’s something I love, a kid that wants to push himself and see how far he can go, tests himself every single day; asks lots questions and listens to what is being explained on the training pitch and during games on a Saturday. Around the league people are starting to notice what he contributes.”

Of Abzi too, “A lot of people are starting to take notice and asking questions,” responded Brennan.

“I would love to see them both in the national team one day, or at least knocking on the door. The more games they get and they keep improving, they’re going to get that opportunity.”