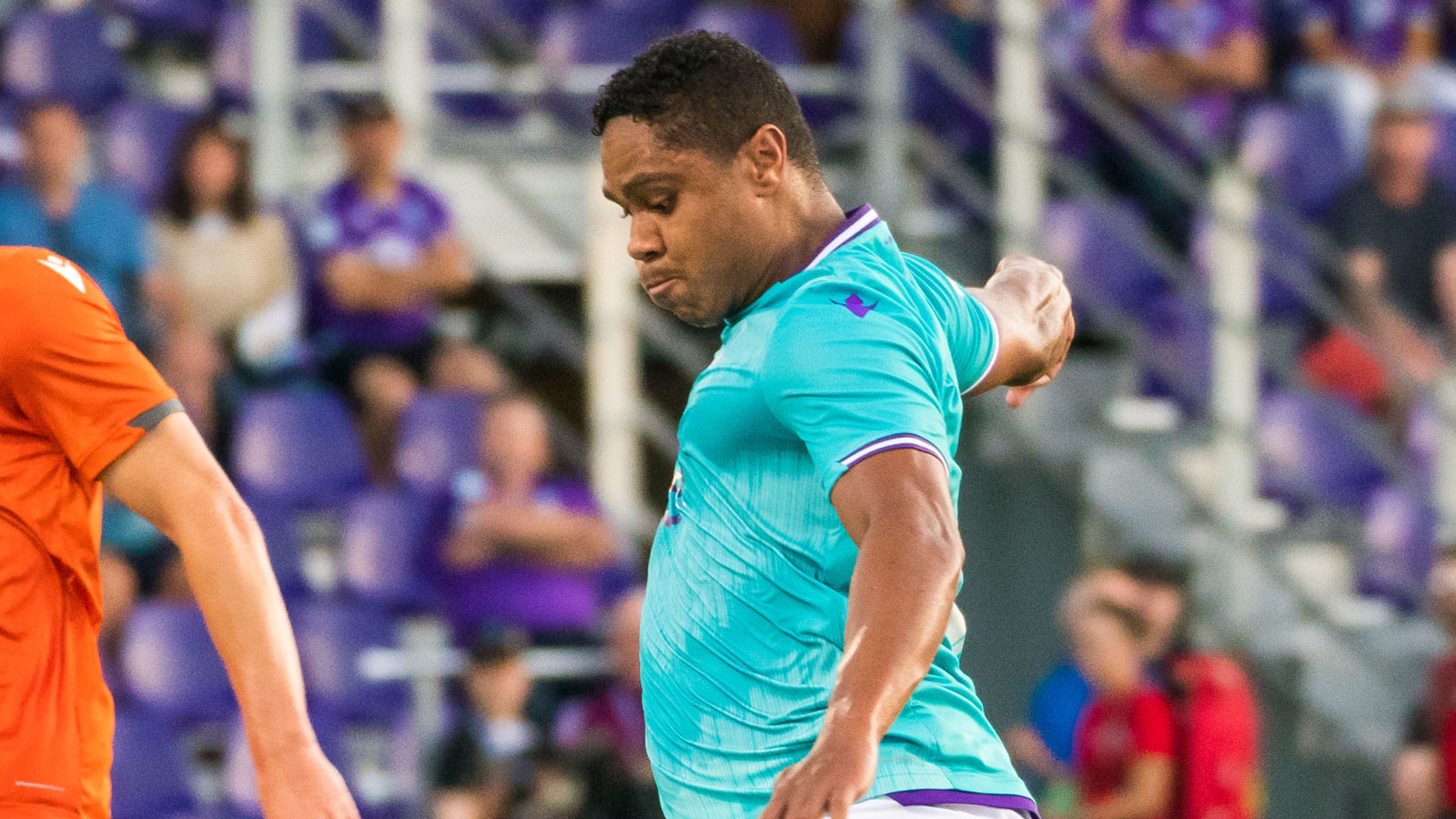 VANCOUVER ISLAND – Are there any superlatives left to describe Terran Campbell?

And, most importantly for Pacific FC, a crucial late goal to salvage a point against a visiting Forge squad who has, in prior meetings, made a habit of filling the back of Pacific’s net the way German grandmothers fill Christmas stockings.

Campbell’s coup de grace came in the 78th minute. Pacific defender Blake Smith had the ball in Forge’s 18-yard box and managed a cross to the far post, where Campbell waited, then seemed to float as if suspended in saltwater instead of air. Header to the opposite corner. Tie game.

“Strikers are streaky,” Forge head coach Bobby Smyrniotis told reporters after the match. “When they score goals, they know how to find their moments. Sometimes, you can do a great job with them defensively — which I think we did for 90 minutes of the game — but in that ten seconds, a good striker’s going to find his way.”

CAN'T STOP SCORING@terrancampbell heads in the equalizer for @Pacificfccpl. Game on.

“That was a hard one,” Campbell said. “Blake put in a really good cross. It was coming in a bit slow and high, so I had to adjust to it. I just got up as high as I could and redirected it.”

“He’s upped his work rate and is getting into good positions,” added Pacific head coach Michael Silberbauer. “The goal was amazing. That’s very hard to do. He got up there and was able to still get power on the header.”

A 1-1 draw against Forge FC means Pacific is now undefeated through its last four matches and sits fourth in the CPL, seven points back of Cavalry FC for the Fall Competition.

Difficult though it may be, a path to the top of the table is not completely out of the question — especially when considering the West Coast club’s next two matches come at home.

“Hopefully we can keep things going,” Campbell told CanPL.ca. “I think we’re on the right track as a team. Our defence has gotten a lot better, and obviously, we have quality in attack. I think the next couple of games, hopefully, we’ll be able to get a win.”

A draw against Forge should inspire confidence in Pacific, too. It is a far different result from the first time the clubs played, when the Hamilton side secured a 3-0 clean sheet at Tim Hortons Field and sparked a three-game scoreless run for PFC.

An outside observer might think that, anyway. Silberbauer remains more reserved in his assessment.

“We’re taking it game by game,” he said. “We need to take care of our performance, and Forge has done amazing so far. They are where they are for a reason, and I was happy that we could go out and match (them) today.”

Wednesday night’s match also marked David Norman Jr.’s first as a member of Pacific FC, on loan from Inter Miami FC after being traded there by the Vancouver Whitecaps. In 90 minutes, the Coquitlam-born midfielder tallied 49 touches, completing 78.4 percent of his 37 passes.

“It was nice to slot right into the lineup,” the 21-year-old Norman told reporters. “It’s definitely a very good caliber (of play). I’ve been following it quite closely throughout the year, but it’s different following it online and coming here and playing.”

“It’s good to have him here,” added Campbell, who spent time playing with Norman while in the Whitecaps’ youth system. “He’s a great competitor. He’s a good teammate. Good on the ball.”

“Norman came in looking good,” noted Silberbauer. “He covered a lot of ground, and I thought he had a really good game.”