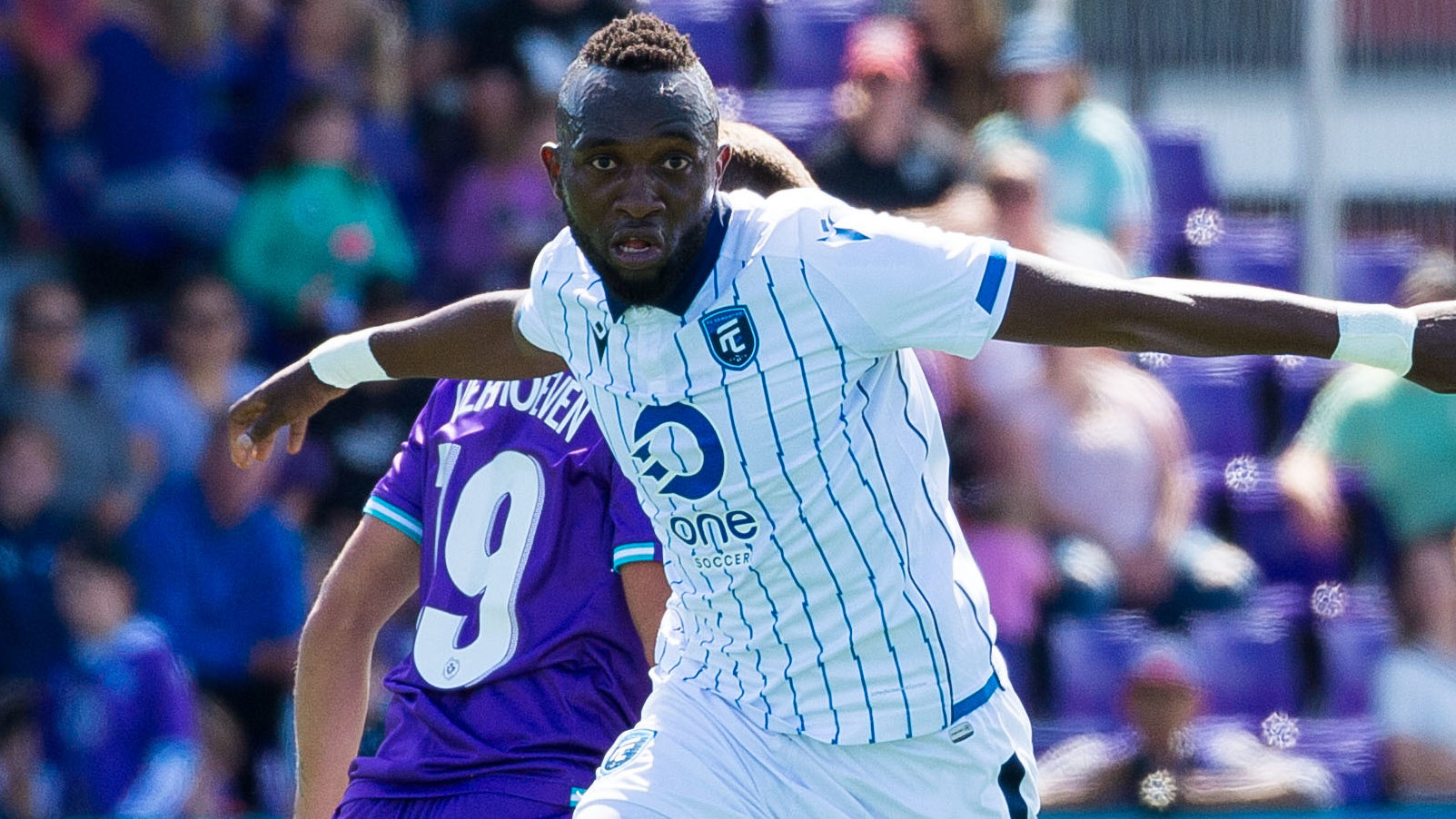 In three Canadian Premier League matches with their Alberta rivals, Edmonton have been shut out in all of them. It’s two wins and a draw for Cavalry FC.

When the two sides meet again in the Alberta capital on Wednesday, the Eddies’ objective is simple. Get the whole of the ball over the goal line, between the posts. But, FCE are coming off a 0-0 draw in Halifax, where they didn’t register a shot on target. So, not only do the Eddies need to fix their form in games against Cavalry, they have to shrug off what was a disappointing effort going forward in their most recent league outing.

Despite the need to focus on creating more chances, coach Jeff Paulus warned that if his team loses its shape in a desperate push to go forward, it’ll get shredded in the back by Cavalry. The last time these two clubs met in Edmonton, the Eddies had the territorial advantage in the first half, but settled for a halftime score at 0-0. Cavalry then scored three in quick succession after the interval. As soon as the Eddies’ backline was breached, the floodgates opened.

“Number one, we have to make sure we tidy up and we don’t give them chances to get in behind us,” Paulus said after his team’s training session on Saturday. “We know what they do well as a team. Yesterday and today we worked on defending against things, the way we know they like to play. And now we go into emphasizing how we’re going to score on them.”

Cavalry won the spring title and sits second in the fall season table, so it’s not like Edmonton is the only team coach Tommy Wheeldon Jr.’s men have bested. We’ve seen the formula, the “90 Minutes of Hell” full-field press, the overloads on the wings, the excellence on set pieces, including the long bullet throws from Nico Pasquotti.

But, in their previous fall-season meeting, a 0-0 draw at Spruce Meadows, the scoreline didn’t do justice to how the game played out. Both teams had excellent chances to score, with Pasquotti and Cavalry striker Dominique Malonga both hitting the ball wide from excellent areas. Meanwhile, FCE midfielder Ajay Khabra was dismayed to see his shot smash off the post.

“We thought we came close down in Calgary,” Paulus said. “We hit the goalpost and maybe could have done better on the rebound off that. We were happy with our performance there, but at the end of the day, you don’t score, you don’t win.”

In that 0-0 draw, Niko Giantsopoulos started in place of Cavalry No. 1 goalkeeper Marco Carducci, who played two days before in the Canadian Championship. Carducci won’t play Wednesday, as he’s on Canadian national team duty. So, the Eddies get Giantsopoulos again.

“He does well for them when he steps in there,” Paulus offered. “He’s a good ‘keeper, he’s got different qualities than Marco. Am I glad Marco’s not there? Probably. That’s not to disrespect Niko. He’s a good ‘keeper, I think he does some things pretty well. He’s a big presence in goal for them.”

Khabra was the one who hit that goalpost, and so has the de facto award of “Eddies who has come closest to scoring against Cavalry.” He also had a point-blank shot saved by York9’s Nathan Ingham a couple of weeks ago.

“We joke around that I’m just cursed or something,” Khabra said. “It’s a good thing and a bad thing. The good thing is I’m getting in positions where I can score, and I think that’s the toughest part; the other part comes pretty naturally. But it’s been tough, hopefully when I get one they’ll come rolling in.”

Paulus will have both of his leading scorers at his disposal. Oumar Diouck and Easton Ongaro have six goals apiece. Now, if you’re thinking “why is Diouck playing?” you’re probably not alone. In the Eddies’ most recent game, he received his fourth yellow card of the season, which means a one-game ban.

But, according to the CPL rulebook, “Accumulation of four (4) Yellow Cards (YC) in competitive Canadian Premier League matches results in a one-game suspension to be served 14 days after the player’s fourth offence. The player would, therefore, be suspended for the first match that falls after this 14-day period.” That directive comes from Canada Soccer, which administers league discipline.

That means Diouck is available for Wednesday and the Sept. 14 match against Pacific FC, but he will miss the Sept. 21 game against York9 FC.

Midfielder Son Yongchan is back to full training with the Eddies, while midfielders Randy Edwini-Bonsu, Tony Tchani and Bruno Zebie are “day to day,” according to the coach.