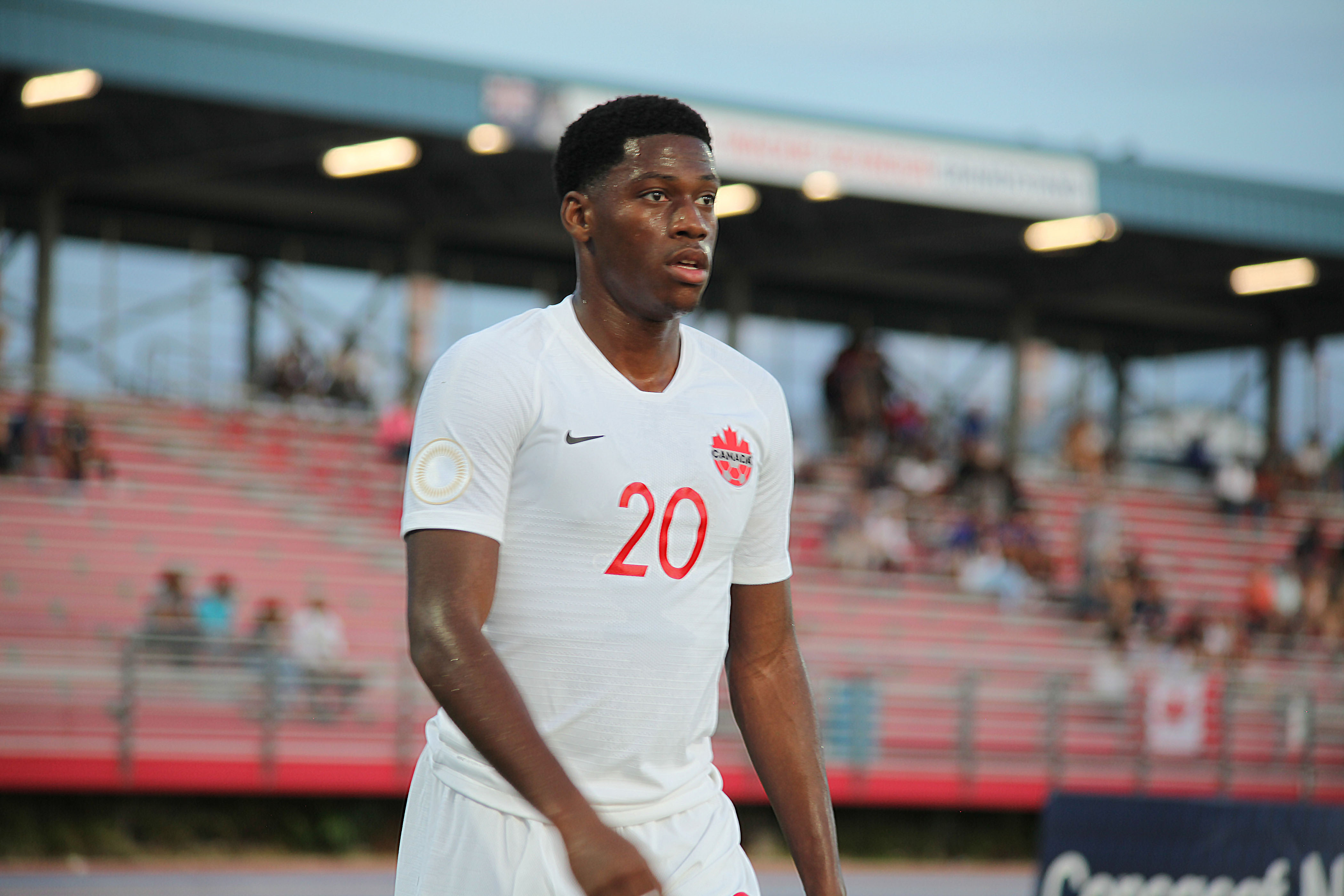 It’s “Mission: Accomplished” for the Canadian men’s team through its first two outings in the CONCACAF Nations League.

Three days after hammering Cuba 6-0 at home, Canada had a much tougher time of it on Tuesday, settling for a 1-0 win over the Cubans in a neutral venue encounter in the Cayman Islands. Alphonso Davies scored for Canada, who played most of the second half with 10 men after defender Doneil Henry picked up a second yellow card for dissent.

Henry’s expulsion and a laboured offensive effort notwithstanding (82 per cent possession, and a 759-115 passing advantage produced just one goal), it was a big three points earned for Canada, who is off to a perfect start in the Nations League.

Two games. Two wins. Two shutouts. Seven goals scored. None conceded. You couldn’t have asked for much more from the Reds, who must now prepare for a winner-take-all, home-and-home series against the United States.

Canada currently tops Group A with six points, ahead of pointless Cuba and the U.S. (who have yet to play). The Canadians face the Americans – Oct. 15 in Toronto, Nov. 15 on the road – in a pair of contests that will likely decide who moves on to the Nations League final four. The top team from Group A, along with the winners from the other three round-robin groups, advance to the tournament semifinals next June.

Canada, 78th in the current FIFA world rankings, had to collect two victories vs. Cuba (ranked 179th) and pile up the goals in order to give itself a fighting chance of winning the group going into its two matches against the U.S (No. 22).

WATCH: Highlights from Canada's 1:0 victory over Cuba in Concacaf Nations League Group A.

Herdman called next month’s match vs. the U.S. in Toronto a “do-or-die” game for Canada.

“We’re the under-dogs. … For us, it’s a cup final,” Herdman told reporters in the post-match press conference.

Herdman credited the Cubans for making life difficult for Canada with their low, defensive block. He also felt the poor condition of the playing surface slowed down his Canadian side and forced them to attack down the wings, and limited their mobility through the middle

“The pitch is bubbling, there’s a level of frustration on the field, you can’t get your rhythm or tempo that they’re used to playing on MLS pitches every week – and then the heat. It all sort of gets the emotion going. It’s a real learning moment,” Herdman said.

He later added: “It took a little bit longer than we’d hope to get control of the game, but I don’t think we were ever in jeopardy.”

RELATED READING: Click here to read this article in French

Goalkeeper Milan Borjan wore the captain’s armband for the first time. Cavalry FC goalkeeper Marco Carducci was on the bench for Canada.

Junior Hoilett bagged a hat trick in Canada’s win last week, but he returned home after the game for family reasons and was unavailable for Tuesday’s contest. The Reds were also without veteran midfielders Atiba Hutchinson and Scott Arfield due to injuries. Cuba was missing starters from last Saturday after three players defected following the match.

It took the Canadians only nine minutes to open the scoring following a midfield turnover by the Cubans, as Davies blasted a shot from inside the box the blew by goalkeeper Nelson Johnston. It was the teenager’s fifth goal in 16 appearances for Canada.

Canada dominated the first half with 78 per cent possession, but found it difficult to break down Cuba in the final third of the pitch. Larin snatched at a pair of half chances, and beyond Davies’ goal, the Cuban goalkeeper was never seriously tested by the Canadian attack.

Henry earned a second caution early in the 55th minute, forcing Canada to play a man down the rest of the way. The Vancouver Whitecaps’ ejection means he’ll be suspended for the Canadians’ home game against the U.S. next month.

“In some ways I’m happy to go down to 10 men. I’m happier for this team to have that level of adversity. We had adversity in the Gold Cup [this summer] and we were criticized for not having the composure and the calm in that moment. I think the team showed that leadership and a step forward tonight that we can manage some tough moments,” Herdman offered.

NOTES: Canada leads the all-time series against Cuba with a 9-2-3 record … Tuesday’s match was played in George Town, capital of the Cayman Islands, because CONCACAF deemed the stadium in Havana where it was originally slated to be held unsuitable … Prior to this two-game series, Canada and Cuba previously met at this summer’s Gold Cup when the Reds rolled to a 7-0 win in Charlotte, North Carolina – both Jonathan David and Lucas Cavallini netted hat tricks for Canada…