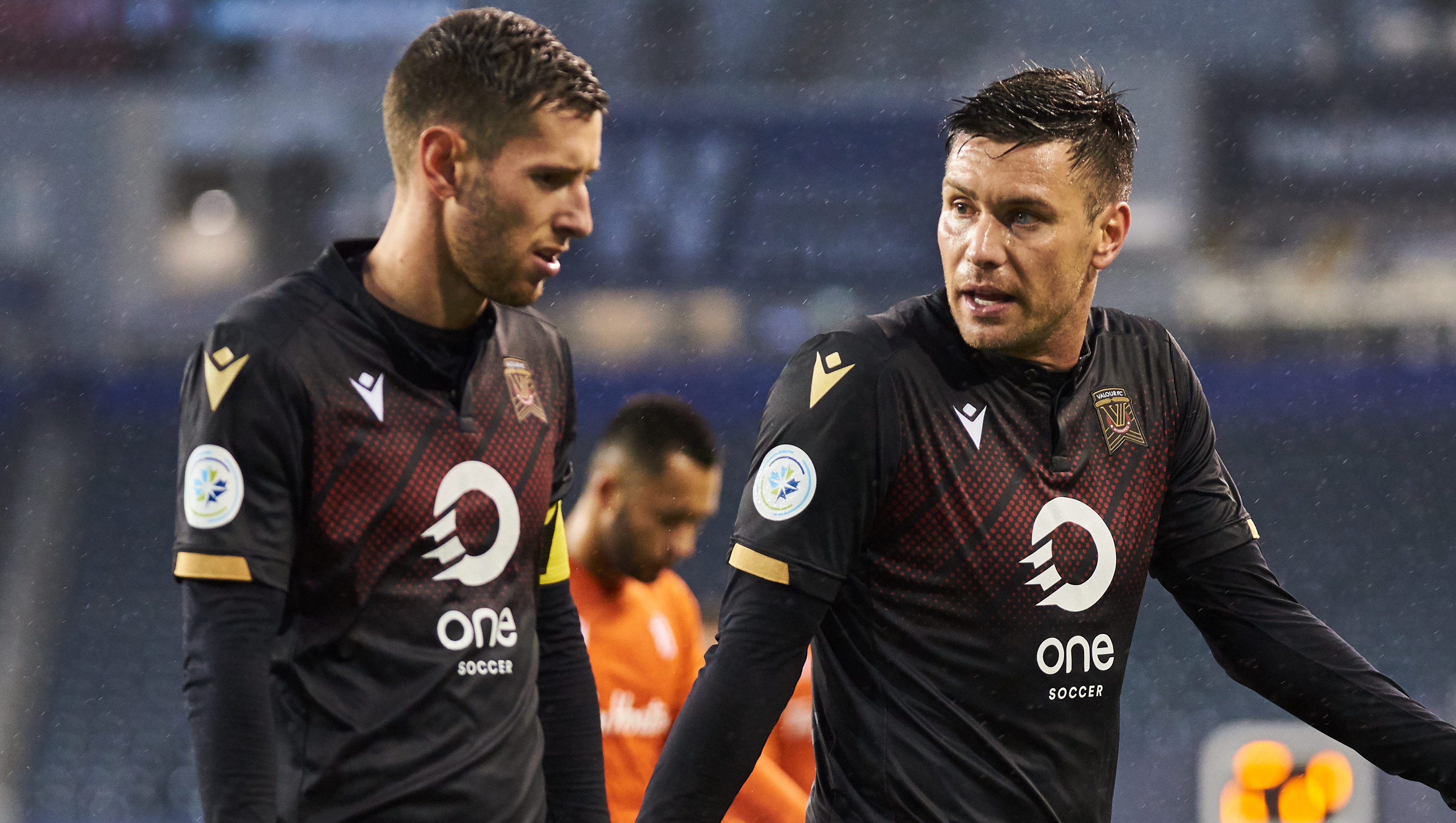 WINNIPEG – Within thirty minutes of Valour FC’s home date with Forge FC at IG Field, it was hard not think “here we go again.”

Forge scored twice in a two-minute span thanks to Anthony Novak and Chris Nanco. Tristan Borges added another in the 27th minute, after an Adam Mitter goalline handball. Mitter was assessed a red card on a play where he appeared to slip while attempting a goal-line clearance and ended up blocking the ball with his hand.

All of this coming fresh off an 8-0 loss to Cavalry FC. A shocking result that also happened on Valour FC’s home ground. So nine days later, Valour found themselves down 3-0 and down to ten men, and the first half wasn’t even over yet. Uh oh.

“It’s just individual errors,” Valour FC head coach Rob Gale said. “We have said this all season, it costs us, you can’t do that at this level and be successful.”

“We seem to always put ourselves in a situation where we have to fight back,” added Valour midfielder Dylan Carreiro.

But rather than crumble and face another drubbing, the Winnipeg side came out in the second half with more fire, looked to have purpose and Tyler Attardo ended the night on a high with his team’s goal in a 3-1 loss.

Fair to judge a losing team for its mistakes, but also fair to note that Valour FC made it clear they weren’t going to let 120 minutes dictate their season.

“We were the better team in the second half, had we finished out chances we could have scored three or four goals,” Gale said. “But we gave ourselves a mountain to climb, no excuses, wasn’t good enough.”

That closing 45-minute span where Valour out-chanced Forge and, had a few close calls, is enough for Gale to feel that his side can stop the bleeding of consecutive home losses and an -10 goal differential in that span.

While a spot in the inaugural CPL Championship may not be in the cards, if the club can string results together, a top-three finish is still possible. Valour, 12 points, sit two back of FC Edmonton, 14 points, with six games remaining on the season.

To do that, Gale wants to see the Valour FC team that emerged from the tunnel after halftime on Thursday night.

“The resolve in the second half is the character we want in this football club,” Gale said. “We will get it right, we’ll be successful, I will be successful because we have players that can put in a performance like that, and now we need to find more of them and build off of that.”

Moral victories aside, there is still a mental and physical hurdle ahead for Valour FC. A match at York9 FC is ahead on Sunday. Centreback Adam Mitter will be suspended for his straight red card and Michael Petrasso left the match limping in the second half. His status is not yet known.

But through it all, Gale and his players say the belief is still there that the season can end on a high.

Fresh off his 18th birthday, Tyler Attardo added to one of the good news stories to come out of Winnipeg in the Canadian Premier League’s first season. The hometown product came on as a substitute and buried his fourth goal between the Spring and Fall season.

“When the opposition gets tired and the game gets stretched he’s very, very effective,” Gale said.

And with the attention the young Winnipegger has grabbed in the local soccer circles, it’s no surprise there his calls for him to see more playing time.

But Gale and his staff say they are focused on developing the rest of the young striker’s game, while playing to his strengths at the right times.

“He’s got the tools, he’s got the physicality, he’s got the ability but he’s learning his game,” Gale said. ” We’re making sure we manage him the right way, he knows where he wants to get to, he’s a talented kid and he’s a pleasure to work with.”