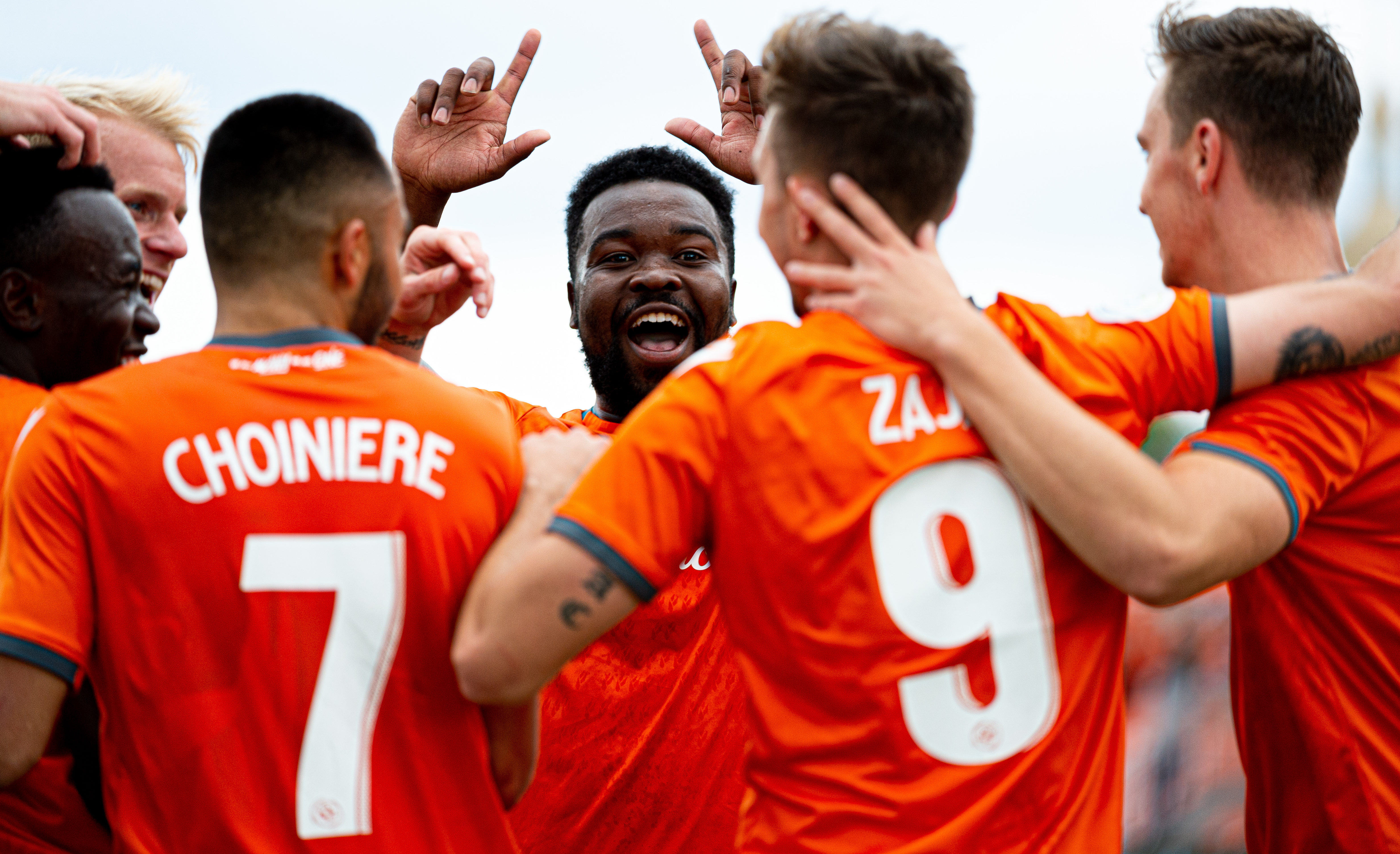 While championship hopes slowly fade for many Canadian Premier League clubs, they are becoming increasingly brighter for Forge FC.

Forge took a big step towards clinching the second spot in the 2019 Canadian Premier League Finals this past weekend. Despite being idle, the Hamilton-based club clinched at least second place in the Spring-and-Fall cumulative table. Losses by FC Edmonton and Pacific FC ensured Forge a spot in the Canadian Premier League Finals if Cavalry go on to win the Fall season. Their current 44-point total is now insurmountable by any other CPL club.

Therefore, the remaining clubs vying for a championship must win the Fall title to do so, clearing a gap that’s becoming wider as the competition rolls on.

HFX Wanderers FC became the first club to be eliminated from contention, dropped from the Fall running Saturday after a nil-nil with Valour FC. While HFX can reach 26 points – bettering Forge and Cavalry’s current top-of-the-table total of 25 – two remaining matches between both Forge and Cavalry guarantee both teams will accumulate at least 27 points.

FC Edmonton, Pacific FC, York9 FC and Valour FC are still in the running but are chasing those aforementioned league leaders, tied at the top nearly 10 points ahead of the pack.

Forge FC could clinch Finals 2019 berth as early as Saturday

Think of Forge FC’s weekend as a two-columned slot machine; match two results in a row and … jackpot. Not exactly the most improbable spin.

Forge can clinch a spot in the Canadian Premier League Finals on Saturday if the following occurs:

Forge and Cavalry’s added three points, and the resulting drop of maximum point totals for Pacific FC and York9 FC (see below), would be enough to erase all four remaining clubs’ magic numbers, making it officially impossible for them to catch either side for the Fall season.

While Forge won’t have clinched Fall bragging rights, come Saturday evening, these results would guarantee them a spot either by winning the Fall or via the cumulative table distinction, which would see Forge move on if Cavalry wins the second season.

Of course, if Forge drops points Saturday there will still be chances to clinch a Finals 2019 berth, especially if Cavalry continues to win.

Here’s a look at the remaining four sides in the running and what they need to do to keep their hopes alive:

Note: All CPL magic numbers have been calculated to include Forge and Cavalry’s two remaining matches against one another, which would produce a minimum of two points each (over two draws) and, therefore, a guaranteed minimum of 27 points each.

Just how slim does it get? With a magic number of five, the Nine Stripes sit with the best chance of the four remaining sides.

York9 needs a maximum of five points dropped themselves or gained by Cavalry or Forge to keep their Fall title hopes alive. A win against Cavalry (6:00 p.m. ET, available on OneSoccer) at York Lions Stadium would keep them in contention regardless of the Forge result.

Keep in mind, just two more wins by Forge and by Cavalry over their next six matches would eliminate York9.

One point behind York9 with as many matches played, Pacific FC hold an another outsider’s chance. Their weekend loss to Cavalry hurt their chances, however.

The Islanders would drop from contention from any combination of four points dropped or earned by Forge or Cavalry.

Saturday could serve as a double six-pointer for Pacific FC, of sorts, by playing Forge and having Cavalry in action. Wins by those teams would create a six-point gap between them and the rest of the pack, erasing PFC’s aforementioned total of four.

The Eddies are also well on the outside, sitting on a thin three-point cushion.

FCE’s Fall chances could close as early as midday Saturday, with a loss to HFX Wanderers (1:00 p.m. ET/2:00 p.m. AT, available on OneSoccer) or a draw with wins by Forge and Cavalry, enough to mathematically eliminate them from contention.

Next Wednesday’s home match with Forge (9:00 p.m. ET/7:00 p.m. MT, available on OneSoccer) could be a deciding six-pointer, if the Eddies stay alive on the weekend.

Valour sees the slimmest light at the end of the Fall tunnel, now nine points behind the pace with two additional matches played.

It’s really slim. Valour needs to win out and hope Forge and Cavalry collect just two points each over the next 12 combined matches, which would need to come via back-to-back draws when the two teams meet in October.