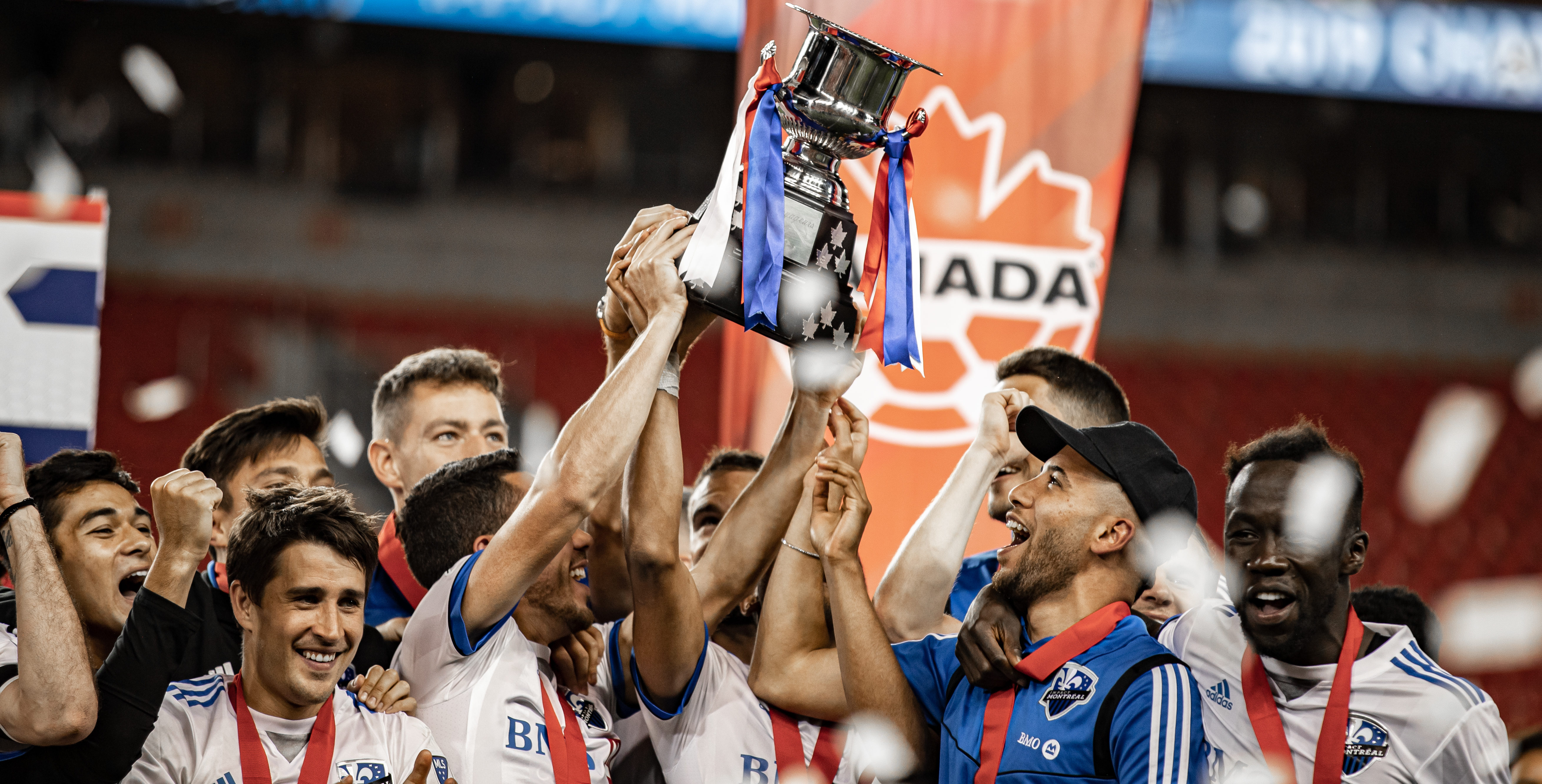 Click here to read this match recap in French.

TORONTO – The vice-like grip that Toronto FC had on the Canadian Championship has been loosened by the Montreal Impact.

After losing 1-0 in regulation time on Wednesday night, the Impact rebounded by defeating TFC 3-1 in the ensuing penalty shootout to take the two-legged final and become Canadian champions for the first time since 2014.

Tsubasa Endoh scored for Toronto in the 70th minute to level the aggregate series at 1-1, sending the 21, 365 fans in attendance at BMO Field into a state of delirium. But those same spectators were silenced after watching Jozy Altidore, Patrick Mullins and Jonathan Osorio all come up short in the shootout.

This is the fourth time that Montreal has won the Canadian Championship, and is welcome relief for a side that likely isn’t going to qualify for the MLS playoffs.

“To get the win, given how the season is going for us, it’s a nice thing to have under our belt. … It’s amazing,” Lovitz told CanPL.ca.

He added: “This is huge for us. Huge, huge, huge. I don’t want to say that if we were having a good (MLS) season that it wouldn’t mean as much to us, but at the same time you don’t get a chance to win hardware very often … so this was huge for us.”

A former TFC player, Lovitz entered the game as a substitute in second-half injury time and with the prospect of a shootout looming large. Before he came in, Lovitz told Wilmer Cabrera he wanted to take a penalty, and the defender repaid his coach’s faith when he converted his attempt to make it 2-1 for the Impact in the shootout.

“I remember the first game I ever played for Toronto in the Canadian Championship, I didn’t get a chance to take a penalty. I’ve always had that void in me, to find out what it’s like to take a penalty in a big game, so I told him I wanted to take one, and he put me in,” Lovitz stated.

Montreal was missing midfielder Saphir Taider due to suspension, but Krkic overcame a leg injury from the first leg to start on Wednesday. Nicolas Benezet (sore hip) was unavailable for Toronto, who entered this game with some work to do after dropping a 1-0 decision in last week’s first leg in Montreal.

Toronto carried the play and dominated possession (72.9 per cent) in the opening half, but struggled to break down Montreal’s double bank of four defenders across the middle.

Still, the Reds came close to scoring through Altidore – he sent a half-volley from the middle of the box high over the crossbar, and pushed an angled shot off a feed from Alejandro Pozuelo wide – while Omar Gonzalez sent a header off a corner kick just wide of the near post.

Montreal’s best chance came on the counter-attack as Ignacio Piatti unleashed a curler from the edge of the box that forced Toronto goalkeeper Alex Bono to make a diving save.

The game opened up as the home side poured on the pressure to start the second half. After an Impact giveaway in their half, TFC’s Richie Laryea went on a rampaging run down the left flank before playing the ball back for Osorio, whose shot from 20 yards out clanked off the far post.

Controversy ensued when Toronto substitute Auro Jr. intentionally handled the ball off a dangerous Impact cross whipped deep into the box. Replays clearly showed that the Brazilian stuck out his hand to play the ball out of danger, but referee Drew Fischer didn’t see it, and the Canadian Championship doesn’t use VAR.

“With VAR, that call goes our way. But that stuff happens. You can’t control it, you can’t lose that much sleep over it. You gotta move on,” Lovitz said.

TFC escaped and almost on cue they scored to take the lead. Montreal couldn’t clear its lines, and Endoh’s scuffed shot from the edge of the six-yard box deflected off a Montreal defender and trickled overt the goal-line.

Toronto was reduced to 10 men late in regulation time when defender Chris Mavinga was red carded for hauling down Lassi Lappalainen just outside the penalty area.

TFC continued to ride its good fortune in injury time when Piatti’s blast from inside the box rung off the crossbar.

The contest went straight to penalties after regulation time, and Pozuelo gave the Reds a 1-0 lead. But Altidore’s attempt hit the crossbar, and Montreal goalkeeper Clement Diop made a great save on Mullins. Osorio faced a must-score situation with Toronto down 3-1 to keep his team alive, but he hit the post.

Krkic, Lovitz and Camacho all scored with aplomb, giving Bono no chance of making a save.

“We were calm, but also under pressure going into the penalties, but we also knew we had it in is to pull it out. … It was strange in that we lost in regulation but we still had a chance to win it in penalties. It was tough to manage, but I think we did a decent job to give ourselves a chance to make something special happen in the end,” Lovitz explained.

NOTES: Piatti finished as the top scorer in this year’s Canadian Championship with four goals. He also took home the George Gross Memorial Trophy as the tournament MVP… TFC have won the Canadian Championship a record seven times… Toronto leads the all-time series against Montreal in this competition, with 10 wins and five draws in 20 matches…This year marked the third time since 2014 that TFC and the Impact met in the tournament final…