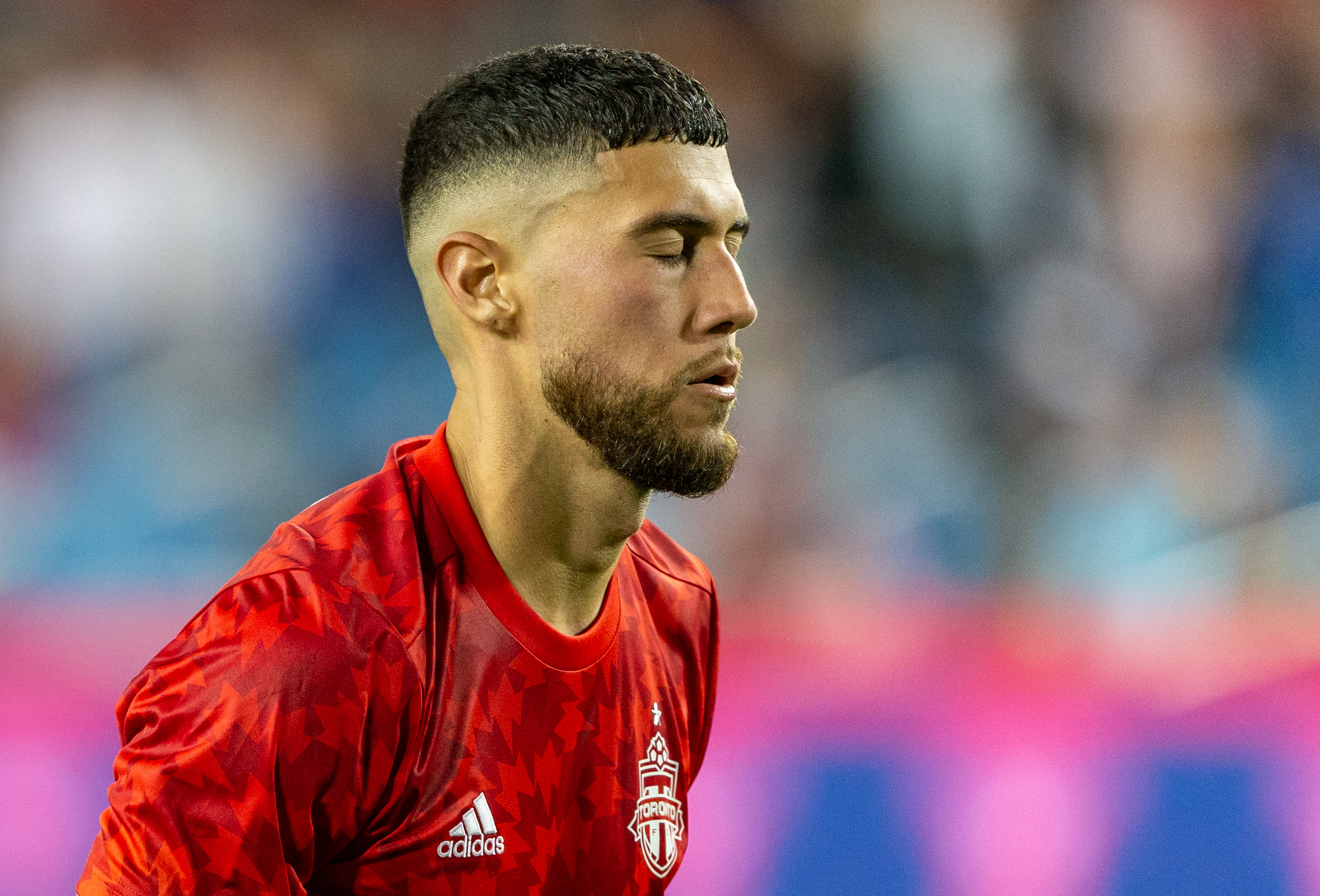 Sep 25, 2019; Toronto, Ontario, Toronto FC midfielder Jonathan Osorio (21) reacts after hitting the post during penalty shots to give the Montreal Impact the victory at the Canadian Championship at BMO Field. Mandatory Credit: Kevin Sousa-USA TODAY Sports
‘This one stings’: TFC ruminate on yet another PK loss in tournament final
2019-09-25
by
Armen Bedakian, Supervising Editor
Canadian Championship

TORONTO – The penalty shootout has not been kind to Toronto FC in tournament finals.

One must look back only as far as the 2018 CONCACAF Champions League final against Chivas Guadalajara, or the 2016 MLS Cup final against the Seattle Sounders, to remember the cruel stings of defeat that TFC have suffered from the penalty spot.

It may be one of the most divisive endings to a football match. It’s also a coin toss, where both teams are suddenly reduced to their most primitive bases.

He is, of course, correct, even if he doesn’t want to be.

The penalty shootout is pure instinct, manifest. Apart from a small handful of elite talents from around the globe – we’re talking the Cristiano Ronaldos or Sebastian Giovincos of the world – players can miss these spot kicks as often as they score ’em.

“My last two penalty shootout kicks have hit posts … a crossbar and a post,” he reflected with reporters after the match. “I don’t know what to say.”

He added: “It’s penalties. More than usual, it’s a lottery. It can go either way. I think, from what I’ve seen in my life, the team that you don’t expect, or doesn’t deserve to win, wins on penalties. It’s just the way it is. It hurts, but it’s the game. It’s the way football is. I would not change it.”

Whether or not you subscribe to the idea that penalties reward those who deserve it, TFC coach Greg Vanney figures the result always comes down to one simple truth.

“These games come down to execution, to those key moments,” he told reporters. “Tonight, it wasn’t about the defending; it was about finishing opportunities.”

He added: “I don’t know what players are thinking when they go up to shoot it. We work on them not a lot in training, just because we don’t encounter them often.

“You could do them in training all the time, but when you get into a game where there’s a crowd, there’s something on the line, it’s a different feeling. Some guys are money, and some guys are a little less comfortable, and we haven’t been able to find the right balance.

“Having said that too, I don’t think we’ve saved one in any of our shootouts, either. We’ve got to be perfect right now if we’re going to win one. We have to find a better way to stop them, and make more than we did tonight, because it definitely wasn’t enough.”

Not enough anywhere but the scoreline, where the Reds preserved their undefeated run of 21 matches at home in this competition, by way of a 1-0 “win” over Montreal over 90 minutes.

But for a 1-0 loss in the first leg at Stade Saputo, this second leg at BMO Field would have been another straightforward triumph.

In the end, it was rather straightforward for Montreal, who staved off the Reds over 90 minutes to force a shootout, with no extra time to contend with, either.

“I like the game to be won on the field, but in the end of the day, we were down to 10 men as well, so a bunch of extra time for us would have not been great on the night, either,” Vanney offered. “It’s a way to end the game so that you’re not going on forever, but it’s not served us very well over the years.”

This one proved a particularly bitter ending for TFC, who entertained a shortened portion of the 2019 Canadian Championship, which began many months ago when teams from the Canadian Premier League, League1 Ontario, and the PLSQ matched up in the first of five total rounds.

Does this finals loss on PKs sting worse than the two before it?

“You take each one individually,” Bono replied. “It sucks to lose that way. It’s the bitter truth. It sucks. It hurts. But, this is the nature of the beast, and it’s why we play. One of these days, you’d like to think that our luck’s going to turn around and we’re going to win PK shootouts in finals. The tide turns and it will for us.”

Osorio added: “They executed their plan; their plan was to sit back and wait for counter-attacks, as usual. But, you know … congrats to them. They get it this year.”