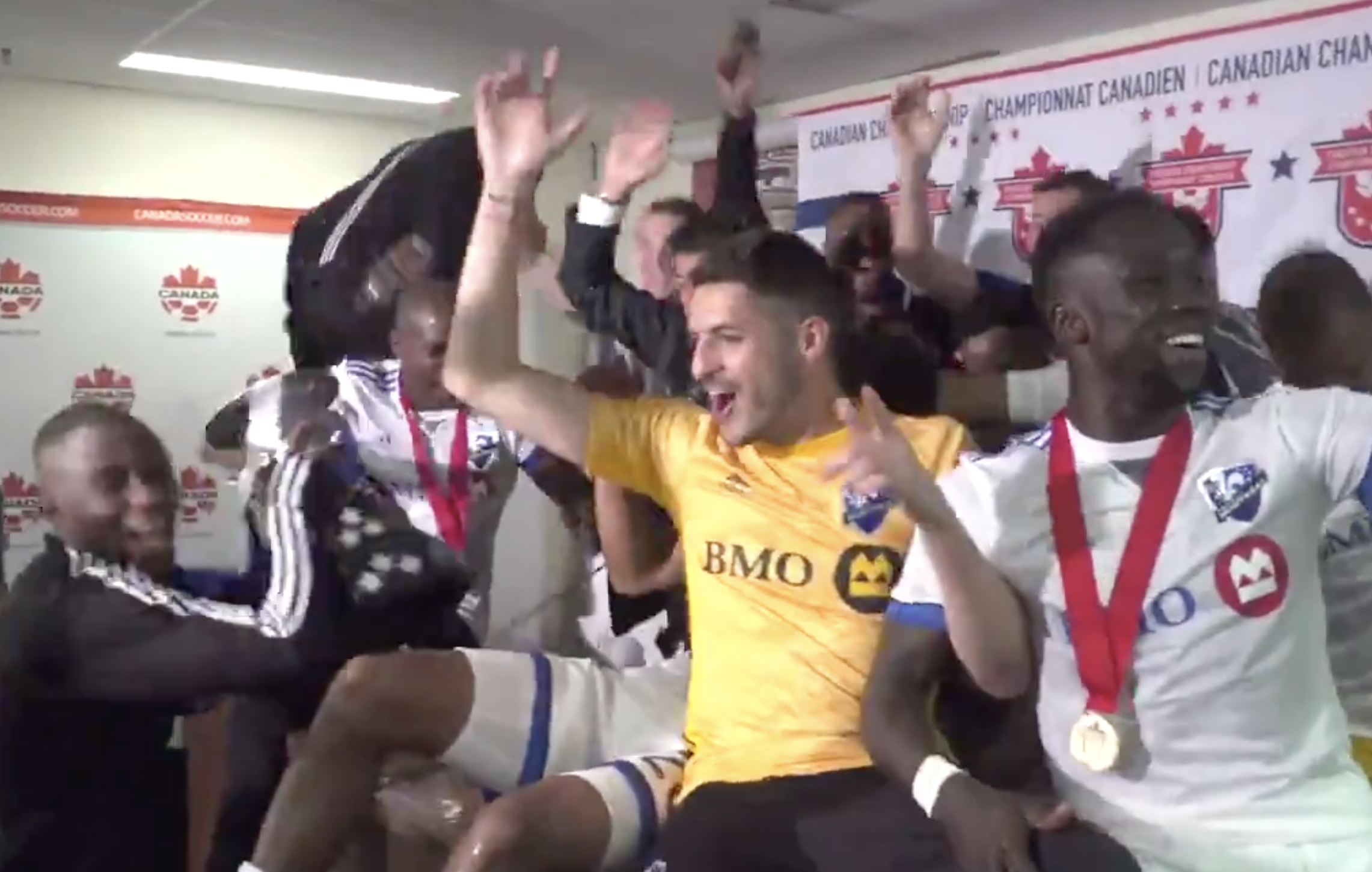 Not content with celebrating quietly in a locker room tucked well away from where their head coach Wilmer Cabrera, star player Ignacio Piatti, and captain Samuel Piette were giving their post-match news conference, the 2019 Canadian Championship winning Montreal Impact team made their way through the winding maze of BMO Field, eventually finding their marks and celebrating in style.

That wouldn’t be the last cork the Impact would pop, though …

Congratulations to the Montreal Impact!