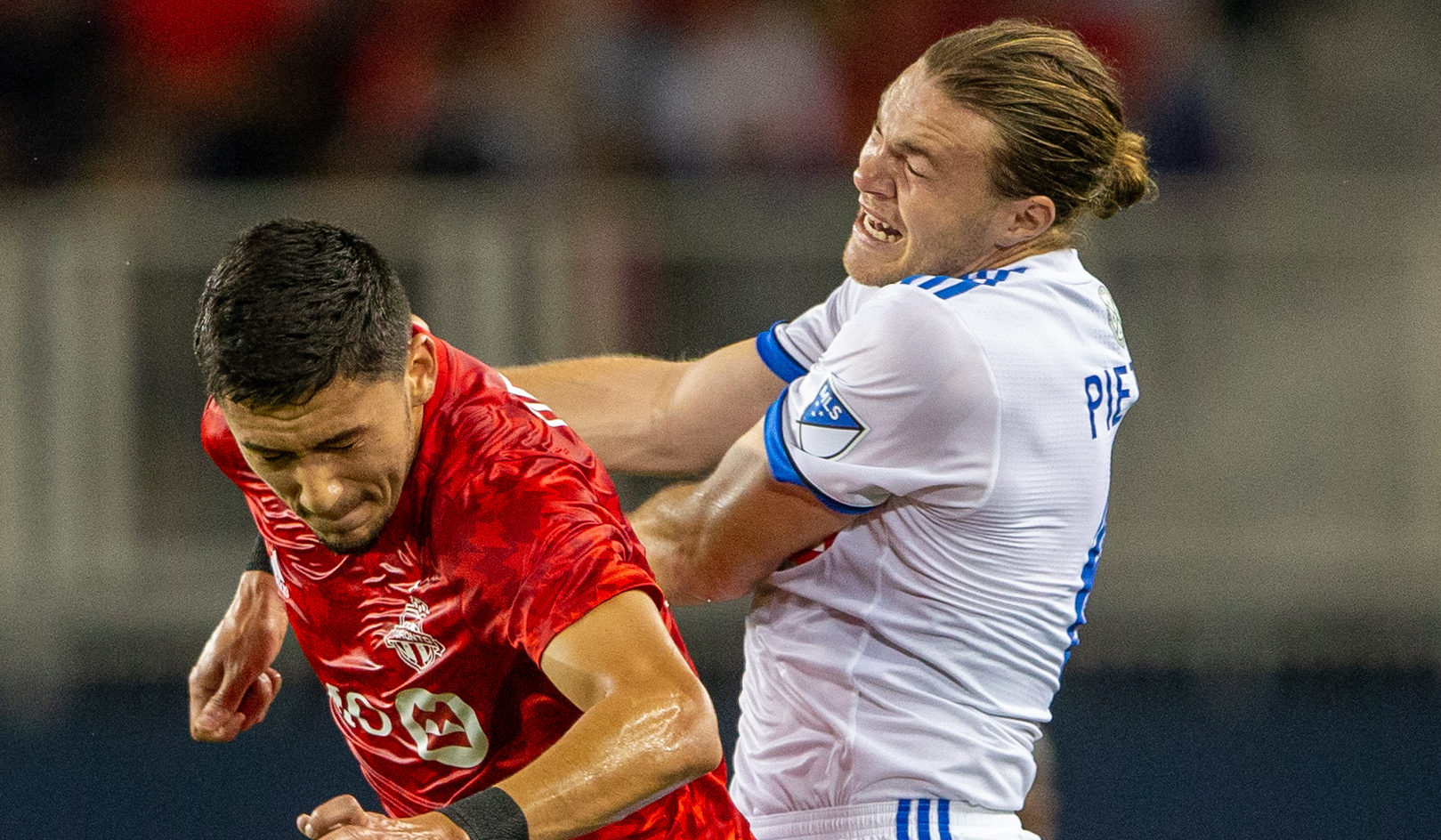 TORONTO – It’s not often the Montreal Impact win in Toronto.

In fact, going into Wednesday evening’s second-leg tilt between the Impact and Toronto FC to wrap up the 2019 Canadian Championship, the Reds hadn’t lost at home in the competition in 20 straight matches.

Yes, BMO Field has been something of a cursed ground for the Impact, who also crumbled to the Reds in an incredible Eastern Conference Championship series in the run up to the 2016 MLS Cup. But no more, as the Impact shook away all of those previous sentiments, as well as some of the pressure that comes with a tough regular season, by picking up silverware after defeating Toronto on penalties.

This year, more than any before it, the Canadian Championship has been about pride.

Not just in your respective cities, of course, which has always been the underlining story when any of Toronto, Montreal, or the Vancouver Whitecaps would meet in the past. No, in 2019, the game took on a more provincial tone, with two teams in each of British Colombia, Alberta, and Quebec squaring off against five teams from Ontario, one from Winnipeg, and one from Nova Scotia.

It’s why winning the 2019 edition of the Voyageurs Cup isn’t just another trophy in Samuel Piette’s case.

No, this year’s win brings the title of “Canada’s best team” to the province of Quebec, with the rest of Canada’s provincial delegates watching on with envy.

“It was really important,” Piette said, when asked by CanPL.ca how it feels to bring the trophy back to Quebec. “First of all, you want to win for the guys that are everyday with you; the players, the coaches, medical staff, admins, PR, social media guys – but, you want to win for your city as well, your fans, and your province. It’s big.”

He continued: “Especially this year with more teams, it’s a more serious competition than just playing 2, 3 games and then you’re in the final. Now we have more clubs in Canada, and we want to be back on the soccer map, and with a serious competition like this one, it proves that soccer has grown here. Now, to go into Championship League to represent Montreal, Quebec, and Canada as well, it’s really special.”

The Impact didn’t have the usual route to the final in 2019.

Where this tournament has often been defined by the three MLS teams jockeying for position in the final, this year’s edition saw teams from across the country battle it out over five rounds of action.

When the Impact joined the contest in Round 3, they were paired with another team from Toronto, York9 FC of the Canadian Premier League.

Along the way to Toronto, the Impact squared off against Calgary-based Cavalry FC, who had defeated the Vancouver Whitecaps in an earlier round, providing the first “cupset” in Canadian Championship history.

To that end, Piette acknowledged the journey to the Voyageurs Cup has become more difficult, as the game has grown in Canada.

“It was tougher, with more teams and more travel, especially with the condensed schedule in MLS,” Piette offered. “It was really difficult. Tonight was the cherry on the cake. We worked really hard today, but even in different games, we worked hard. To get rewarded tonight with the trophy, and to get access to the Champions League, means a lot.”

Another cherry on the proverbial cake? The Impact defeated not one, but two teams from Toronto, the city of their infamous rivals. Capturing the 2019 Voyageurs Cup meant the Impact took on and defeated their old foes TFC, as well as new entrants York9 FC, too.

“There’s always a special feeling when you play any team in Toronto,” Piette said. “I can’t hide the fact that we would prefer to win the cup in Montreal and celebrate with all our fans, but in the end of the day, you just want to win that trophy. I’m really happy with everybody. We’ve been going through some tough times, so this is going to feel good for a while, for sure.”