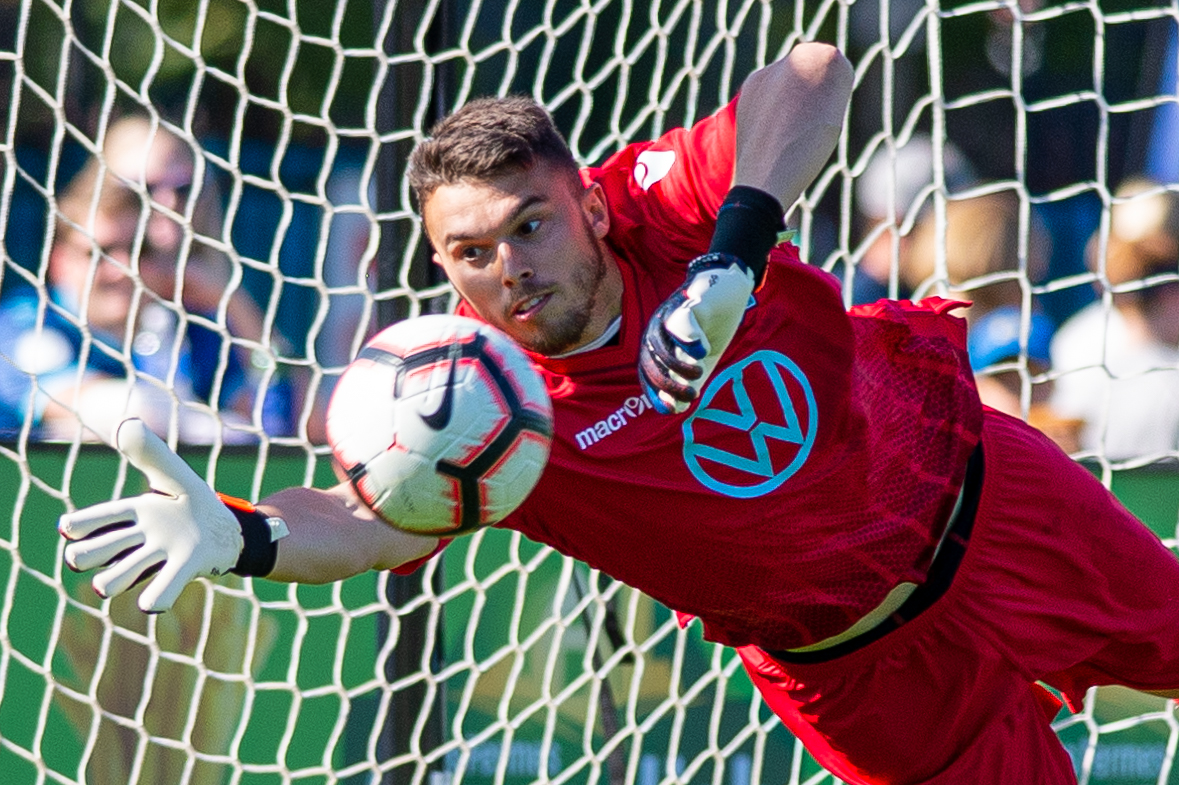 Those were the two words HFX Wanderers FC head coach Stephen Hart had to say before he sat down to answer questions from the media, following yet another draw at Wanderers Grounds.

While the fluttering leaves falling to the ground suggest the seasons are changing, one thing that’s been consistent for the Wanderers is leaving a match without a win or loss. With a 1-1 result against FC Edmonton at the Wanderers Grounds, Hart’s side has now draws five consecutive games and four draws in a row at home.

“It’s something that is just going to eat away at you. Why we could create so many opportunities and not come away with a result,” Hart said after the game.

An own goal off a set piece in the 6th minute gave the Wanderers an early advantage. But as has been the case in three of the six draws this Fall campaign, a late goal — in the instance an 80th minute marker from Tomi Ameobi — meant another evaporated win for the Wanderers.

“At the end of the day, we have to look within ourselves individually and ask why, why this is happening,” Hart lamented.

With four shots on target, the Wanderers found a way to create chances throughout the afternoon but perhaps the biggest “what if” moment came late in the game when striker Tomasz Skublak had an opportunity to change the tide. Hart expressed disappointment that the breakaway didn’t result in a forcing a save or a shot.

“Maybe it’s a confidence thing…But really and truly, it’s one of those situations where you have to do everything to get a result like the other teams are doing. We really only have ourselves to blame in all those games that have gone that way,” Hart said.

In 14 fall games, the Wanderers have 12 points — half of which are from draws. If those six draws were six wins instead, the Nova Scotian team would have 24 points and be in Cavalry FC and Forge FC territory at the top of the table. Now, it’s a bit of stretch to suggest that’s how the season could have gone, but even a few more wins would have shuffled the standings and changed the Fall outlook.

“Yeah I mean when you don’t pick up maximum points, you’re always wondering why,” said defender Matthew Arnone. “Today was one … (that) left the fans wanting more and it’s just not good enough.”

So how does Hart change a team next season so that they don’t keep losing a grip on wins or finish level? Fresh off another disappointing loss, the coach didn’t have all the answers.

“Really and truly, in the realm of coaching…you could bring players in front of goal. You can have ideas of your approach and how you want to defend and all of that. At the end of the day it’s about execution,” Hart said.

Looking specifically at the FC Edmonton draw, Hart praised the efforts of everyone in his squad but couldn’t help wondering what more could have happened to squash the groundhog day routine.

“It’s just a matter of get yourself working hard in front of the goal and the people that’s supposed to score the goals come up with something. That’s all I can think about, because really and truly, that’s your job.” Hart reflected.