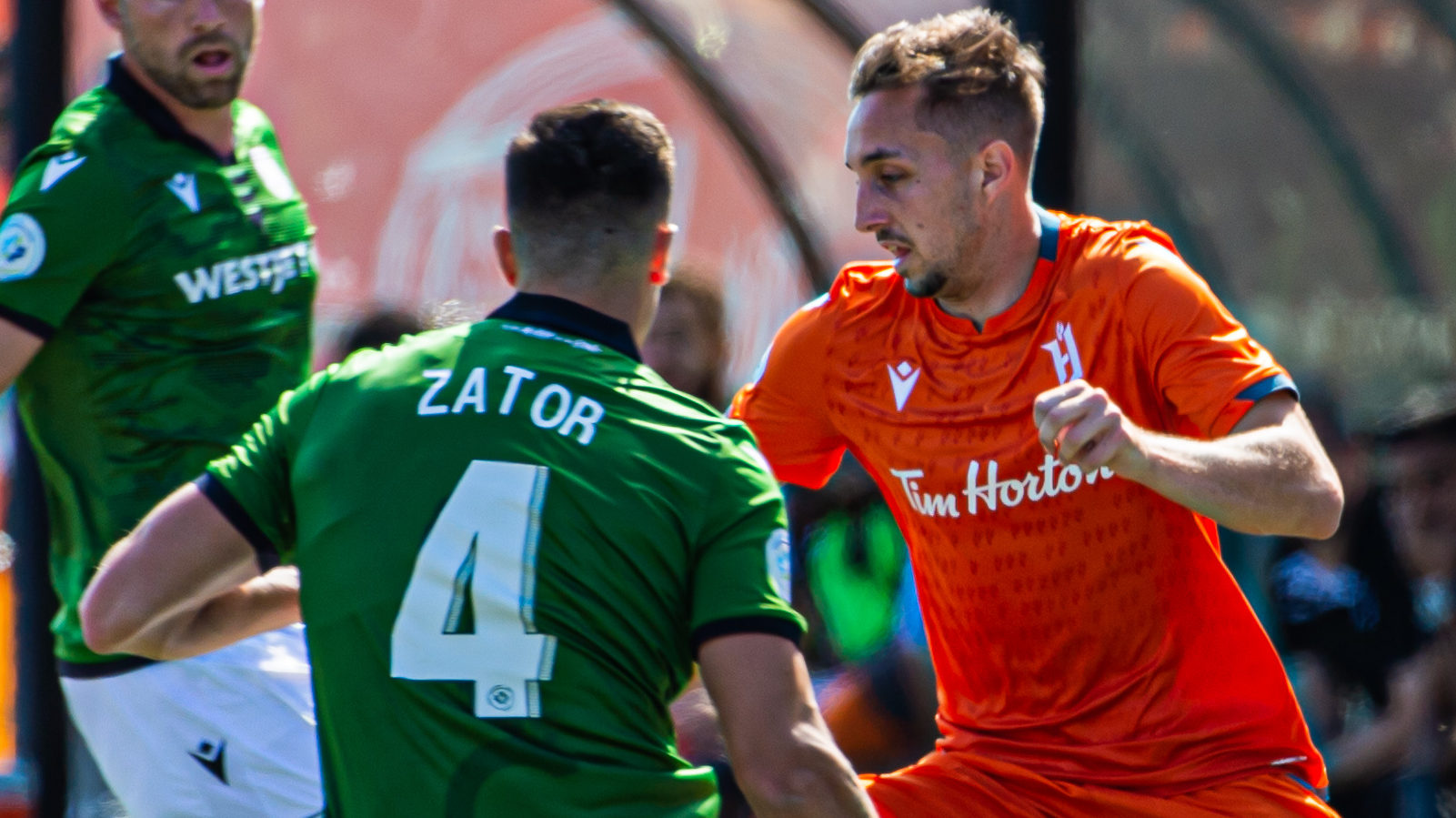 YORK REGION – Ever since winning the Spring season in late June, Cavalry FC have had to patiently bide their time during what has been an eventful Fall campaign to see who they’ll meet in the Canadian Premier League Finals.

The Cavs’ long wait finally ended on Saturday night, as their 1-1 draw away to York9 FC meant Forge FC officially clinched a spot in the two-legged championship scheduled for Oct. 26 and Nov. 2.

The season series between the two CPL finalists has been tight and competitive. Forge has won two of three league games (with one loss), including a rare victory at Spruce Meadows after the Cavs opened the Spring season with seven consecutive wins. But Cavalry exacted a measure of revenge when they bested Forge in the second round of the Canadian Champions en route to reaching the final four.

Forge vs. Cavalry in the Canadian Premier League Finals is the way it should be – it’s a match-up pitting the two teams that have unquestionably been the class of both the Spring and Fall against one another, a fact not lost on Cavs coach Tommy Wheeldon Jr.

“The league table never lies. If you accumulate all the points over both seasons, we’re the two best teams in it. We’re looking forward to playing them. It’ll be a great double-header. We’ve already had that preview in the Canadian Championship where it was close and heated,” Wheeldon said.

It’s a final that will feature plenty of star power, as many of the CPL’s best players will get a chance to showcase their talents over the two legs. Cavalry’s Dominick Zator is one of the top defenders in the league, goalkeeper Marco Carducci recently earned a Canadian national team call-up, and the Cavs’ lively attack boasts midfield maestro Sergio Camargo and forward Dominique Malonga, who has seven goals on the season.

“There’s some talent. There’s talent on our side, talent that we’ll respect on theirs, and hopefully it’ll be a good advert for the Canadian Premier League in its inaugural year,” Wheeldon stated.

He later added: “They are very good in transition. They have some very exciting players. We’re tough to break down and good in our buildup, so it’ll be interesting to see how that meshes.”

Both clubs have five games left to play, with Forge currently sitting atop the Fall table with 28 points, just ahead of Cavalry, who are two points back, and they still have to play each other twice in the regular season – Oct. 9 at Spruce Meadows and a week later at Tim Hortons Field.

But even though Cavalry’s spot in the Canadian Premier League Finals is assured no matter how they finish in the standings, Wheeldon wants to win the Fall season and doesn’t plan on holding anything back when his side faces Forge in the coming weeks.

“We’ve talked all the time that we won the Spring. Would we ease off in the Fall? The answer is no. We want to win the Fall because then we are the undisputed (best team) in the regular season. And then the CPL championship becomes like a treble” Wheeldon offered.

“We want to win those two games because then that decides the fate (of the Fall) and then we’ll treat the CPL championship like a cup tie.”

The Canadian Premier League Finals is not just a match-up between the league’s two best teams, but also its two brightest coaches who have followed somewhat similar paths.

Before joining Cavalry, Wheeldon served as coach and technical director of Calgary Foothills FC, a Calgary-based team and youth academy. Bobby Smyrniotis founded Sigma FC, a club and youth academy based in Mississauga, Ont., before being named coach of Forge FC last October.

Both Foothills and Sigma have produced notable Canadian players, and Wheeldon and Smyrniotis have a healthy respect for one another.

“I admire what Bobby and his brother have done with the Sigma academy, to help the Canadian system through a very fragmented (time). We did that out in the west when I was technical director of Foothills,” Wheeldon explained.

“If you look at the east and west, you have two groups that have provided a lot of talent: From Kevin McKenna, to Owen Hargreaves, Sam Adekugbe, Charlie Trafford … that have come through that way, and they have a lot on the Sigma side. So, it makes for a neat match-up. We’re both invested in helping the Canadian game so I’m looking forward to it.”