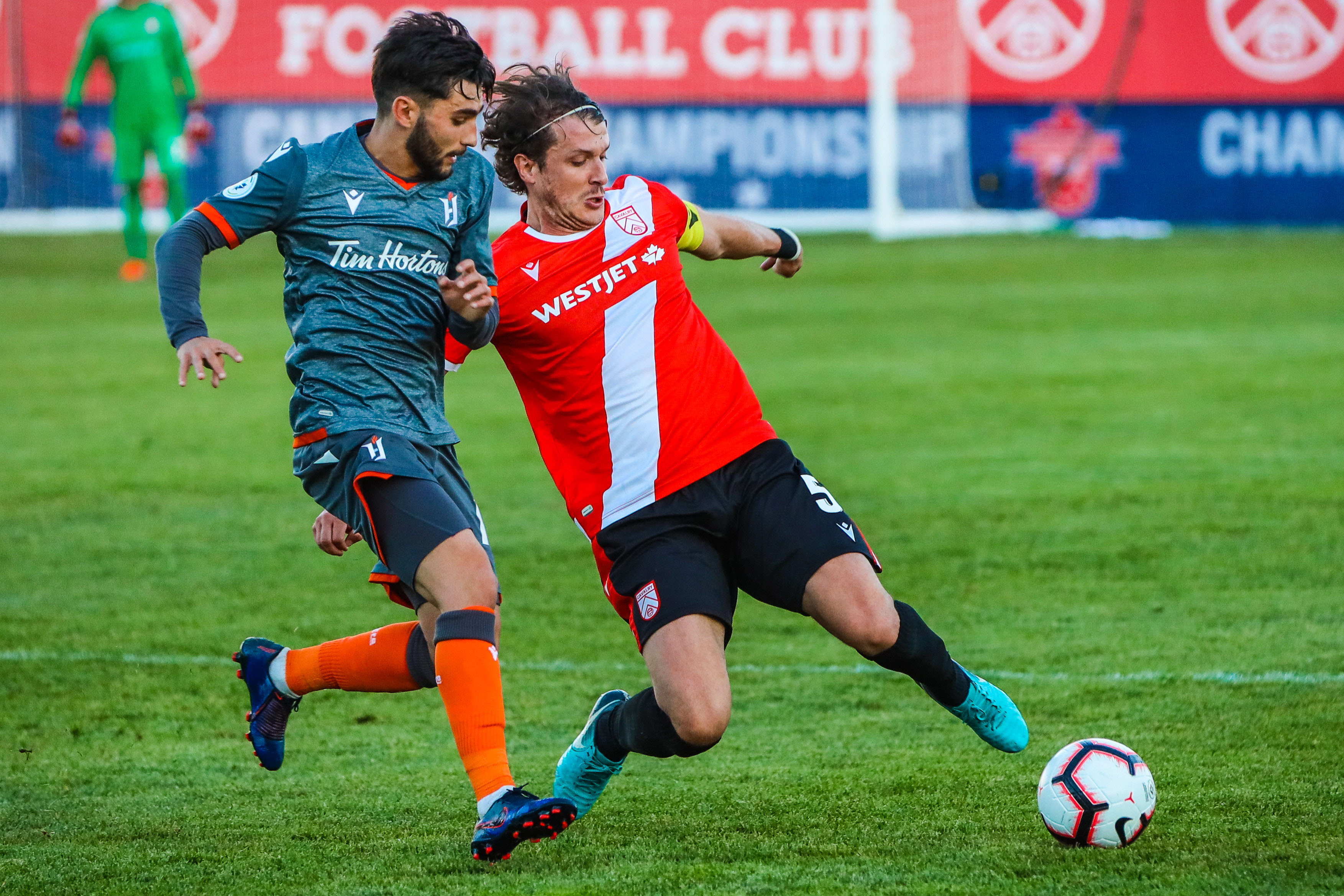 CALGARY – We are in the Formula 1 stretch of the 2019 Canadian Premier League season.

When you watch an F1 race, there’s always a stage where the leading pack of drivers don’t go all out. They understand that, depending on temperature and track conditions, they have to back off and not the let car overheat or the tires to wear too quickly. They conserve their power, turn the engine settings down and try to stay out of the dirty air that comes with being on another car’s tail. After all, you can’t win a race unless you’re there at the end.

So, with a few weeks left to go in the Canadian Premier League season and their spots in the final confirmed, we’re now at the stage where Cavalry FC coach Tommy Wheeldon Jr. and Forge FC boss Bobby Smyrniotis are in the pits, telling their drivers that it’s time to manage their races.

For Wheeldon Jr., beginning with Wednesday’s 4-1 win over Valour, his club has four regular-season games left to play in 24 days.

“For me it’s about balance,” Wheeldon Jr. said. “We’ve probably rotated more than any other team this year, but we’ve managed to keep the consistency.”

Wheeldon Jr. said he wants to go into the finals with a lot of players competing to be in the starting XI for the first leg of the final on Oct. 26. And he doesn’t want to put some veterans in mothballs for a few weeks — because too much rest leads to rust. Some rest is good, but too much rest can do a lot of damage to a player’s match fitness and timing.

“I am not going to give Sergio Camargo, Nik Ledgerwood and Marco Carducci three weeks off,” the Cavalry coach affirmed.

Also, Forge and Cavalry have two games left against each other — Oct. 9 and Oct. 16. Those matches could decide the Fall season, even if the Finals 2019 combatants have already been elected. Still, Wheeldon Jr. said he wants the treble — Spring season title, Fall season crown and victory in Finals 2019.

“We both want to win the Fall title,” said Wheeldon Jr.. “For us, it would be a big achievement to win both seasons. We still have to play twice, and I’m sure we both have something to prove.”

In Wednesday’s 1-0 triumph over FC Edmonton, Forge coach Smyrniotis started the game by having league-scoring-title challenger Tristan Borges on the bench, along with ‘keeper Triston Henry, centre back David Edgar and full-back Kwame Awuah.

With a heavy schedule filled with games that had to be moved around because of Forge’s CONCACAF League run, Smyrniotis said he has no choice but to rotate. But he doesn’t want his team to get complacent.

“I think it’s important to take each match from now until (Finals 2019) with the right mentality, going after three points,” Smyrniotis said. “One thing we’ve talked to our guys about is that we’ll look at each game. We’re in a situation right now where we’re playing every three days. So, regardless if we have a final on the 26th, we have to manage our squad. We’re finishing our season with six games in 18 days, so we have to be smart about how me move guys around.”

And is winning the Fall season important? Absolutely, said Smyrniotis.

“First things first, we’re in first place in the Fall standings, so that’s motivation. We want to stay there.”

Because, just like F1 drivers, the goal is to get to the finish line before anyone else, even if you have to conserve the tires and brakes a little bit along the way.