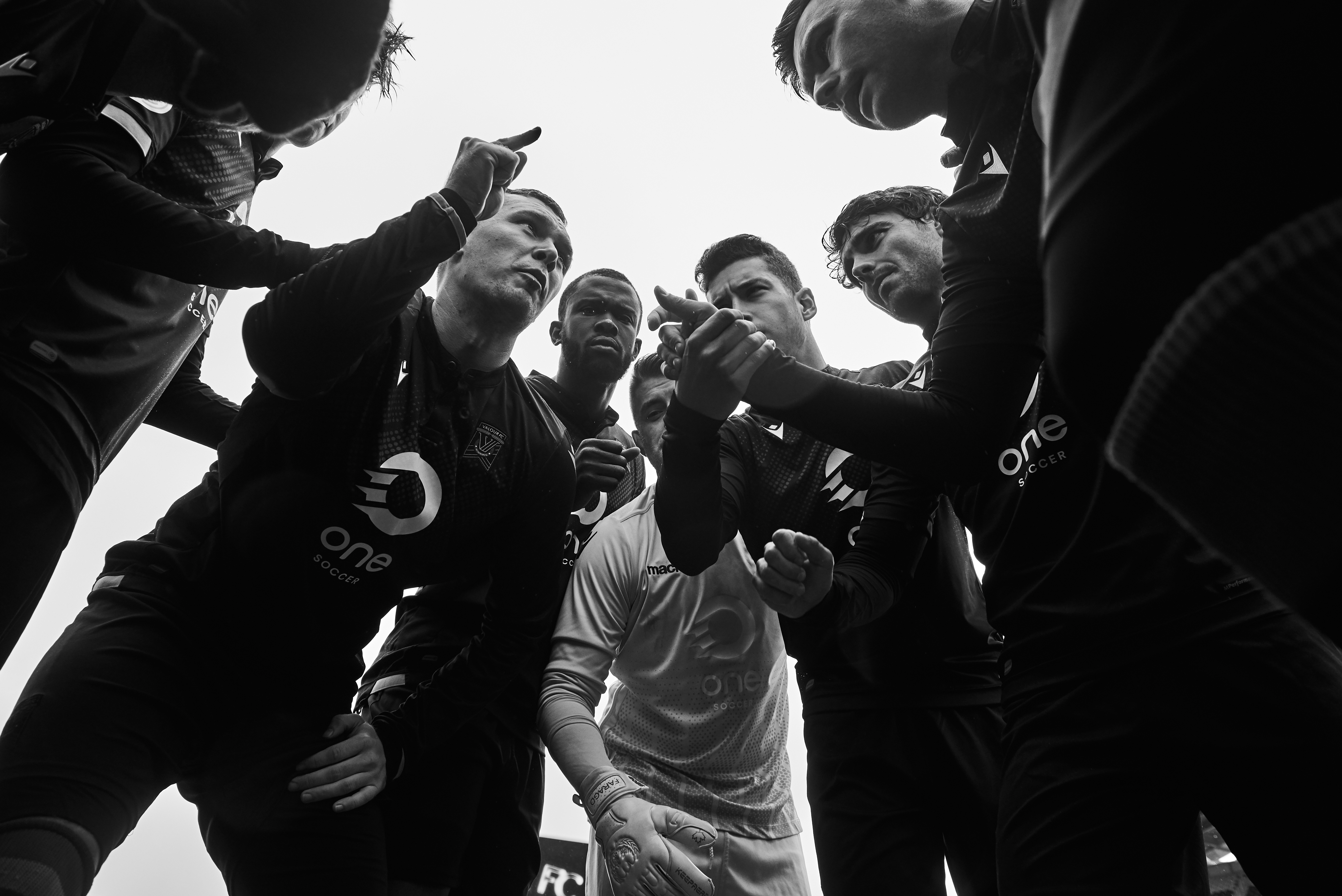 WINNIPEG – As the Canadian Premier League season nears an end, Valour FC enters their final run of games with two goals in mind; third place in the Fall season and close out the last two home matches with victories. You won’t have one without the other and, for now, a 3-1 victory over FC Edmonton on a wet Saturday afternoon is a checkmark in both boxes.

“Today was a good step in the right direction but no days off, no time to lament,” said coach Rob Gale. “It’s been a rollercoaster first year (but) we want to we want to finish as high as we can.”

Local product Dylan Carreiro opened the scoring with a well-hit volley off an Ali Musse cross. Carreiro, serving as captain on the day, set the tone as Winnipeg’s passing abilities were on full display all afternoon. A combination of Marco Bustos, Michael Petrasso and Michele Paolucci put the hosts ahead 2-0 at the half. Edmonton would get one back in the second half with Easton Ongaro putting away a loose ball off a set-piece. But Marco Bustos put the match out of reach from the penalty spot.

Impressive performance? Sure. This one had no signs of a cakewalk in the lead-up. As the stadium crew worked to clear rainwater off the pitch, Valour also tried to prevent theoretical puddles from becoming lakes. Suspensions and injuries to a long list of players left the team one player short of a full 18-man roster. So the players that were available were in for a battle, especially against an Edmonton team that has played them tough all season.

“Once again in adversity, they’ve shown great character and that just shows you the quality of the boys in that room,” Gale said. “I am very pleased with them tonight, they deserve all the credit.”

Some of that credit can also be owed to the play of winger Ali Musse, who brought energy with some strong runs at the Edmonton backline. The Winnipeg product, who now calls Edmonton home, skipped past two sliding defenders and curled in a perfect cross on Carreiro’s opener en-route to a man of the match award.

“Just came in and did what I am supposed to do,” Musse said on the OneSoccer post-match show. “Dylan finished it off, we started strong and just kept on going.”

It may also prove to be a big match for the confidence of goalkeeper Tyson Farago. The Winnipeg native was not threatened often but a quick reaction save in the dying minutes held his club’s two-goal lead. His command of the box also helping to alleviate the loss of centre-back Adam Mitter who was subbed out with an injury at the hour mark.

“Pleased with Tyson because it was a good save and would have made it 3-2 with a couple of minutes to go,” Gale said.

A match with so many storylines left time for the coach of a first-year club in a first-year league to reflect. Here is Manitoba’s Rob Gale, managing a professional club in Winnipeg against a team from Edmonton in a coast to coast national league. A local player wins man of the match, two other locals score goals, and leading his forward line (and also scoring) is a veteran of Italy’s top division. It’s been quite a year on and off the field.

“We’ve come a long way,” Gale said when asked about what has played out in front of him this season. “I’m still pinching myself, we have a beautiful stadium, got a great backing, a fantastic club with a fantastic staff around me and we are going to get better.”

But with two matches remaining, there’s not a lot of time for Gale to smell the roses. York9 FC visits the Winnipeg side on Wednesday.

“You don’t get third place without winning,” he said. “(tonight) was for the fans, on a cold day they were excellent as usual and now we want to win the next two games and finish strongly.”

Local Carreiro leads the charge with a goal

Minutes before the match, Valour FC head coach Rob Gale handed the captain’s armband to midfielder Dylan Carreiro. The club was hosting Portuguese Day at IG Field and the Winnipegger is of Portuguese descent. It set up for a storybook result with the hometown product scoring the opening goal and acting as a driving force for a full 90-minute shift of possession for Valour.

“I gave him the armband and said ‘you’re going to score today, it’s Portuguese Day, so I was delighted for him,” Gale said.

“It’s an honour to wear the armband for the city I grew up in,” Carreiro said after the match.

And just as his boss did, Carreiro took some time to reflect on his first season in Winnipeg, playing in his hometown after stops in England, Scotland, and Toronto.

“It’s amazing that this league came to Canada,” he said. “It’s giving guys opportunities, I keep saying how it’s so great to be playing professionally in Canada.”