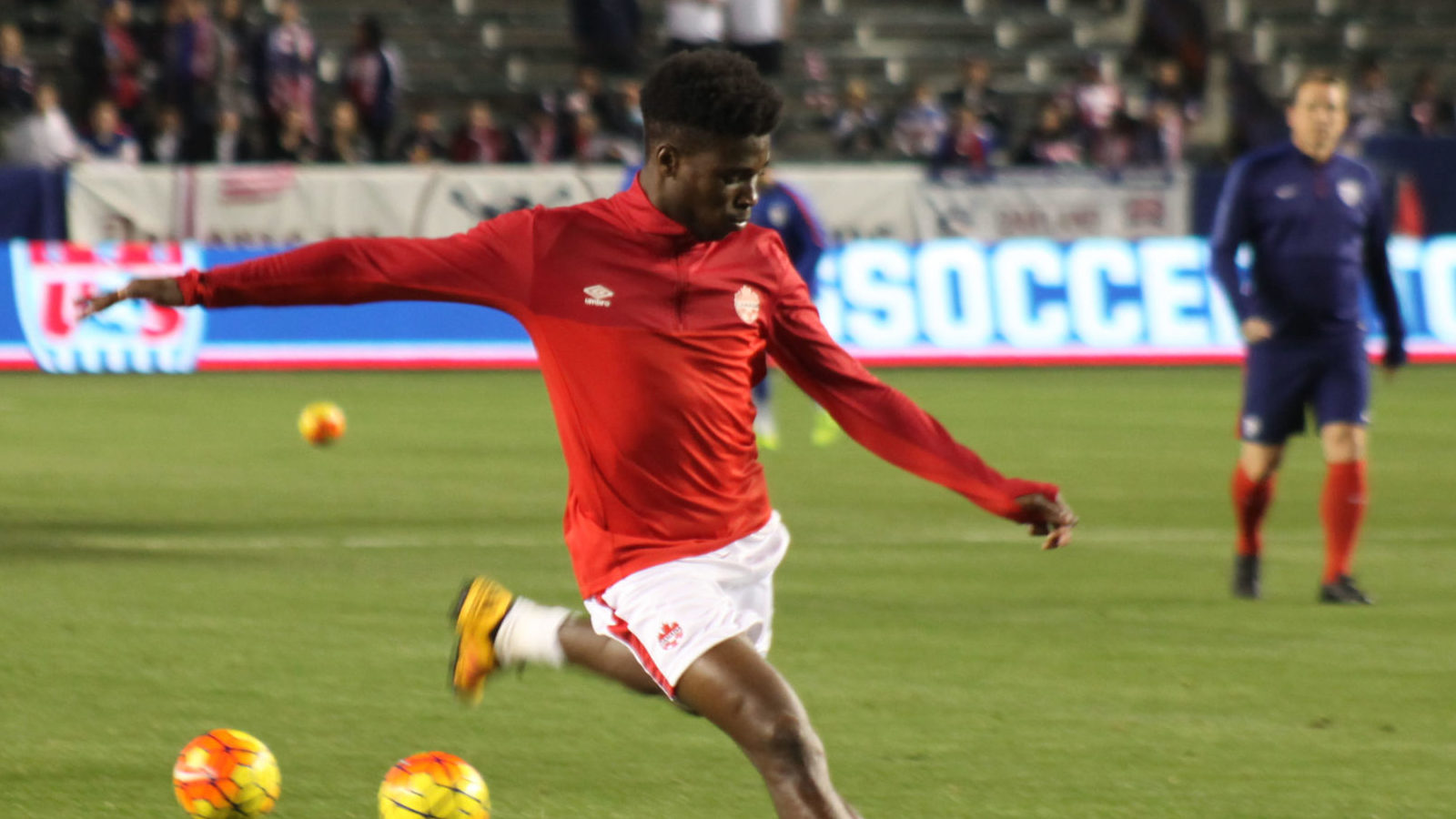 TORONTO — This Tuesday won’t be the first time the Canadian men’s team will play a CONCACAF giant under John Herdman. Just a few months ago, the Reds fell 3-1 to Mexico in a spirited Gold Cup clash.

In Canada, though, playing the United States is a whole different beast.

It’s been over three and a half years since the Canadian team took on their cousins south of the border, a 1-0 loss in an international friendly. Only four participants from that contest remain in the current squad, with one of them — Doneil Henry — ineligible to step on the pitch in Tuesday’s CONCACAF Nations League clash (aside: four CPLers were in that game).

A couple of players from Benito Floro’s 2016 side are in contention to start at BMO Field on Tuesday, though. Centre-back Steven Vitória will surely draw in to replace Henry, and Samuel Adekugbe is a claimant to the much-contested left-back spot.

Adekugbe has very fond memories of that Canada-U.S. showdown, which he entered as a sub to earn his third senior cap as a 21-year-old. Speaking with CanPL.ca in Toronto this week, he tried to recall that moment in his national team career.

“It’s a long time ago, wow,” he reflected. “We were in California at the Stubhub Center, it was just pretty surreal playing for Canada. It was just a really exciting moment, I was really young so I can’t remember much. Just being happy to be there.”

Remembering one detail, he added: “I think Jozy Altidore scored in the last minute, if I’m not mistaken.”

Indeed, the Toronto FC striker broke the 0-0 deadlock in the 90th minute to halt a streak of two consecutive scoreless draws between the nations. Altidore won’t be available for Tuesday’s clash due to injury.

With young stars such as Alphonso Davies and Jonathan David now rising through the ranks of Canada’s national team, Adekugbe (himself only 24) had some wisdom to impart to the players about to write a new chapter in this rivalry.

“It’s just a moment to enjoy,” he said. “You don’t get many times to play against big countries on the national team stage.”

It seems those who haven’t yet taken on the U.S. at the senior level have heard enough to appreciate the scale of the matchup. Toronto FC’s Liam Fraser, who joined the camp after Will Johnson (another participant in the 2016 game) had to pull out due to family reasons, indicated that everyone is approaching Tuesday as a rivalry match.

“Everybody’s on the same page where it’s such a monumental game, and it has the ability to turn the tide for Canadian soccer,” he told CanPL.ca.

“(John Herdman) spoke last night about his experience facing them on the women’s side, I think understanding the animosity between the two teams there was something good to hear, that he has that previous experience against the U.S.”

RELATED READING: ‘Give everything’: Herdman says CanMNT ready to ‘silence critics’ against U.S.

Canada’s recent history against the U.S. isn’t much to write home about. They haven’t scored against the Americans since 2007 (with four matches in that stretch), and haven’t beaten them since 1985.

Of course, the Canadian and American national teams are in very different places compared to 2016. The U.S. may have a 54-spot advantage in the FIFA World rankings, but with a squad in transition and disappointing recent results (including a 3-0 loss to Mexico), fans in Canada are champing at the bit for this test.

Adekugbe was quick to warn that the Americans still pose a formidable challenge.

“The U.S. are not in great form, but they’ve also played against some very high level opposition,” he cautioned.

“They also have top players playing in top leagues; maybe the chemistry for the team is not there, they have a new coach trying to implement a new system, those things take time, but I think it’s hard to say that they’re not going to be great.”

Canada desperately needs a result against the U.S. to aid their 2022 World Cup qualifying campaign; the rankings points on offer in a Nations League game could well put them into the top six of CONCACAF.

Ultimately, though, Adekugbe added that he’s excited for the spectacle, in front of what could be the best men’s national team attendance in a while.

“It’s a good opportunity to show the fans how well we’ve progressed as a team,” he said. “It’s a good chance to show CONCACAF how we’re progressing as a country as well.”

With a good deal of competition in Canada’s training sessions right now, few players are guaranteed a spot in the lineup. Still, given Adekugbe’s experience, he may be favoured to win the job over, for instance, Kamal Miller. Both started a game at left-back in September’s double-header against Cuba.

Having finally found consistent starting minutes in club football at Norwegian side Valerenga, Adekugbe has become a more regular fixture in Herdman’s squad list. He missed the Gold Cup, but he’s now been part of the last two camps amid a solid run of form in the Eliteserien.