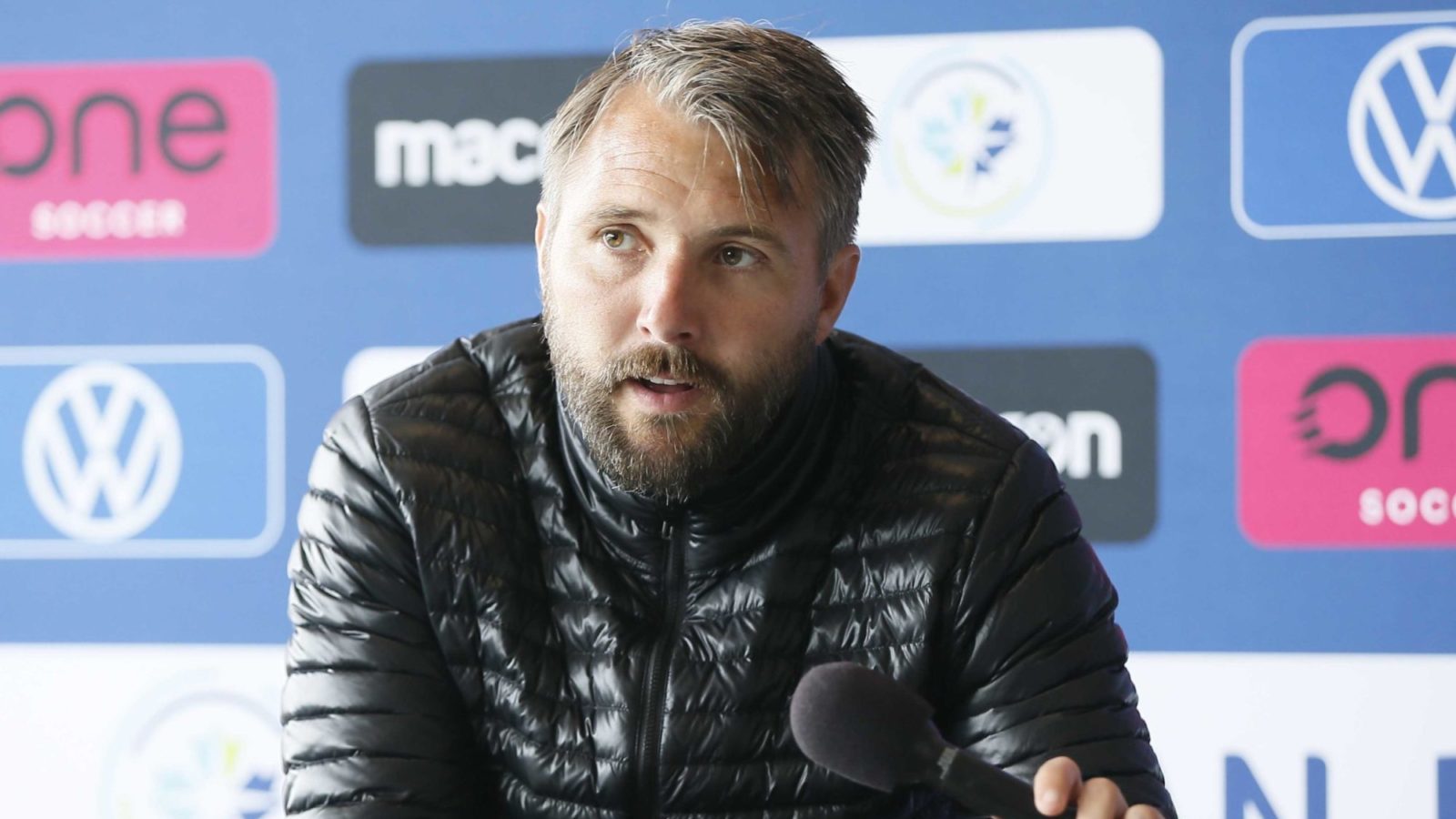 Pacific FC announced on Friday that they have parted ways with Michael Silberbauer, who becomes the first Canadian Premier League head coach to be relieved of duties.

Assistant James Merriman will assume the head coaching role on an interim basis, taking charge for Pacific’s final match of the 2019 season, this Saturday at home against Valour FC (6:30 p.m. ET, 3:30 p.m. PT, on OneSoccer).

The decision to replace Silberbauer, 38, hardly comes as a surprise given the team’s current run of poor form.

“I think it would’ve been less of an impact if we did it after the season,” Pacific FC CEO Rob Friend told CanPL.ca in an exclusive interview. “It’s about shaking it up and letting everyone know that everyone’s job is on the line and everyone needs to perform.”

He later added: “Unfortunately, Michael has to take a bit of the brunt of it. And it’s not entirely his fault, but we need to see some freshness and move on.”

Sitting sixth in the Fall season standings, Pacific has a 4-5-8 record (17 points) ahead of its home finale. Depending on Saturday’s results, they can finish anywhere from sixth to fourth in the Fall table. They finished fifth in the Spring competition, landing on 11 points.

Silberbauer’s termination comes with the Vancouver Island-based club currently mired in a five-game winless streak (with three losses), having lost 3-1 to FC Edmonton on Wednesday. Its last victory came on Sept. 14.

A former Danish international, Silberbauer came to the CPL from Swiss Super League side FC Luzern where he was an assistant. The move to Canada marked his first job as a head coach.

Silberbauer earned 25 caps for Denmark as a player (scoring one goal), and suited up alongside Pacific president Josh Simpson at Swiss club BSC Young Boys. Silberbauer also featured at the club level in Switzerland for FC Biel-Bienne, Danish outfits AaB Fodbold, FC Copenhagen (where he was a teammate of Atiba Hutchinson) and Odense Boldklub, and Dutch team FC Utrecht.

Towards the end of his playing tenure at Young Boys, Silberbauer dropped down to the club’s under-21 squad, a move that sparked his interest in coaching.

“Soon after that I basically quit football and started being a coach and tried to make myself better every year that went along,” Silberbauer said after being hired by Pacific last summer.

When his playing career ended, the Dane joined FC Biel-Bienne’s staff as an assistant coach. He took a similar role with Swiss Super League side FC Luzern last year before joining Pacific.

“A unique opportunity came along to be a part of something — finding new Canadian talent and making it better and helping these young Canadians make it,” he said at the time.

“That was something that really spoke to me. I asked Josh for an interview and it went from there.”

Taking over the reins for this weekend’s match is Merriman, a native of Nanaimo, B.C.. He has experience as an assistant coach with Simon Fraser University, who play in NCAA Division II. He also previously oversaw the U-15 Residency team for the Vancouver Whitecaps.