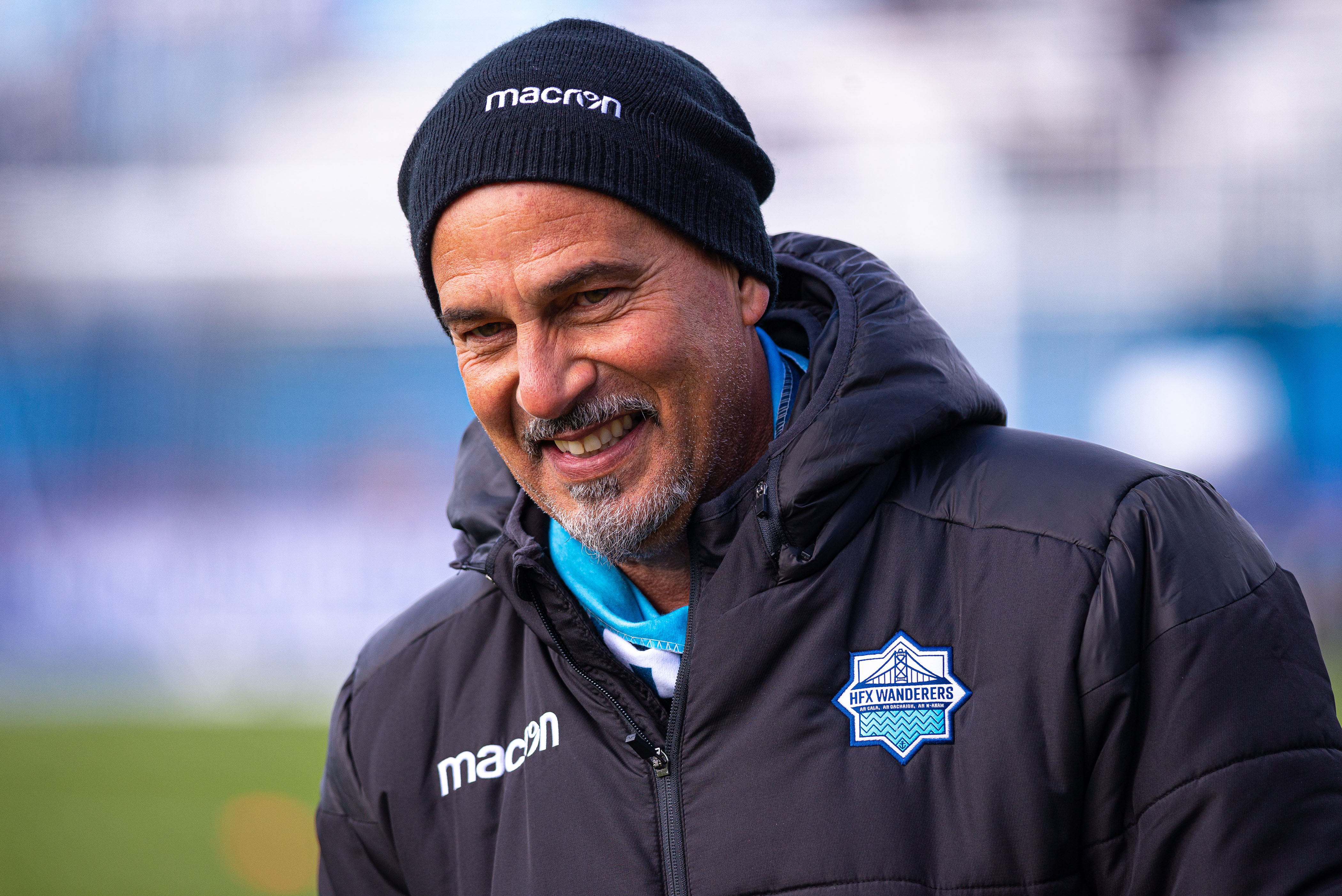 Master and apprentice, arm-in-arm, called it time on an inaugural season of Canadian Premier League action, with the Wanderers getting their first away win in league play, after 13 previously failed attempts. A 2-0 win over the Nine Stripes, spurred by goals from Juan Diego Gutierrez and Kodai Iida, gave Hart a taste of victory on the road, at last.

“Yeah, (we shared) a little hug at the end there and I told him ‘Well done’,” Brennan told OneSoccer after the match, with a smile.

“Jimmy played for me, and to see him coaching is great,” Hart also told OneSoccer. “We all got into this to build something for Canada. We’ve been talking about having our own league forever. It’s the main reason we’re here. We want to see the young Christian Oxners and Manny (Aparicios) play. It’s very, very important for the league.”

The two head coaches were rightfully reflective as they called it time on their respective campaigns; neither will be involved in Finals 2019, and as such, this was the last bit of action from both Y9 and HFX for the 2019 calendar year. In looking back, both Brennan and Hart were in sentimental moods, the 2-0 scoreline but the backdrop to this, the latest milestone moment in a year filled to the brim with memories.

“A lot of people don’t realize how much goes on behind the scenes,” Brennan told OneSoccer. “Collectively everyone is working together to make this is successful. I know how hard it is for Stephen, I’m going through it as well.

“(But) it was satisfying for all of us. We spoke to the other coaches as well – we’ve made history. The first season out of the way, it was a lot of work, but those are the moments you cherish in life. You’re putting your neck on the line to grow something in this country.

“I’m playing a small role in a bigger picture here. We all are.”

For Brennan, this was a first foray into life as a head coach for a professional club; for Hart, it was a return to the sidelines, and a chance to apply the many, many life lessons he had gained in a full career on the national team level, both with Canada and Trinidad and Tobago.

But was there a lesson that stood out for Hart in this new experience?

“So, you start putting the pieces together, but I didn’t know how my team would look or how they would react. I didn’t know the mentality of the players. Everything was such a learning experience. But, if there’s one thing I learned, it was that, with the injuries, we were in a situation where we had to design the team differently – and play differently – than I usually like my teams to play. What was good about that was that the players did everything to try and fit into that, understanding that this is what we need to do.”

Hart added, with a chuckle: “Overall? Too many ties.”

Indeed, the Wanderers can look back fondly at the sentiment of the year – with a packed and rocking Wanderers Ground the chief and lasting image for the Haligonian outfit – but the results did not necessarily match that mood. A last-placed finish, juxtaposed to third for Y9, means that HFX takes little tangibly out of the year, but for young, local players like Christian Oxner, that sentiment means more than anything, at least in year one.

“It’s good if you can send off a bad season you send it off the way we did today,” Oxner told OneSoccer. “Finally getting our first road win, I don’t know whether to be happy or disappointed knowing that if we could’ve done that all year, we could be competing. But, if there’s one way we have to choose to send it off, it’s how we did today.”