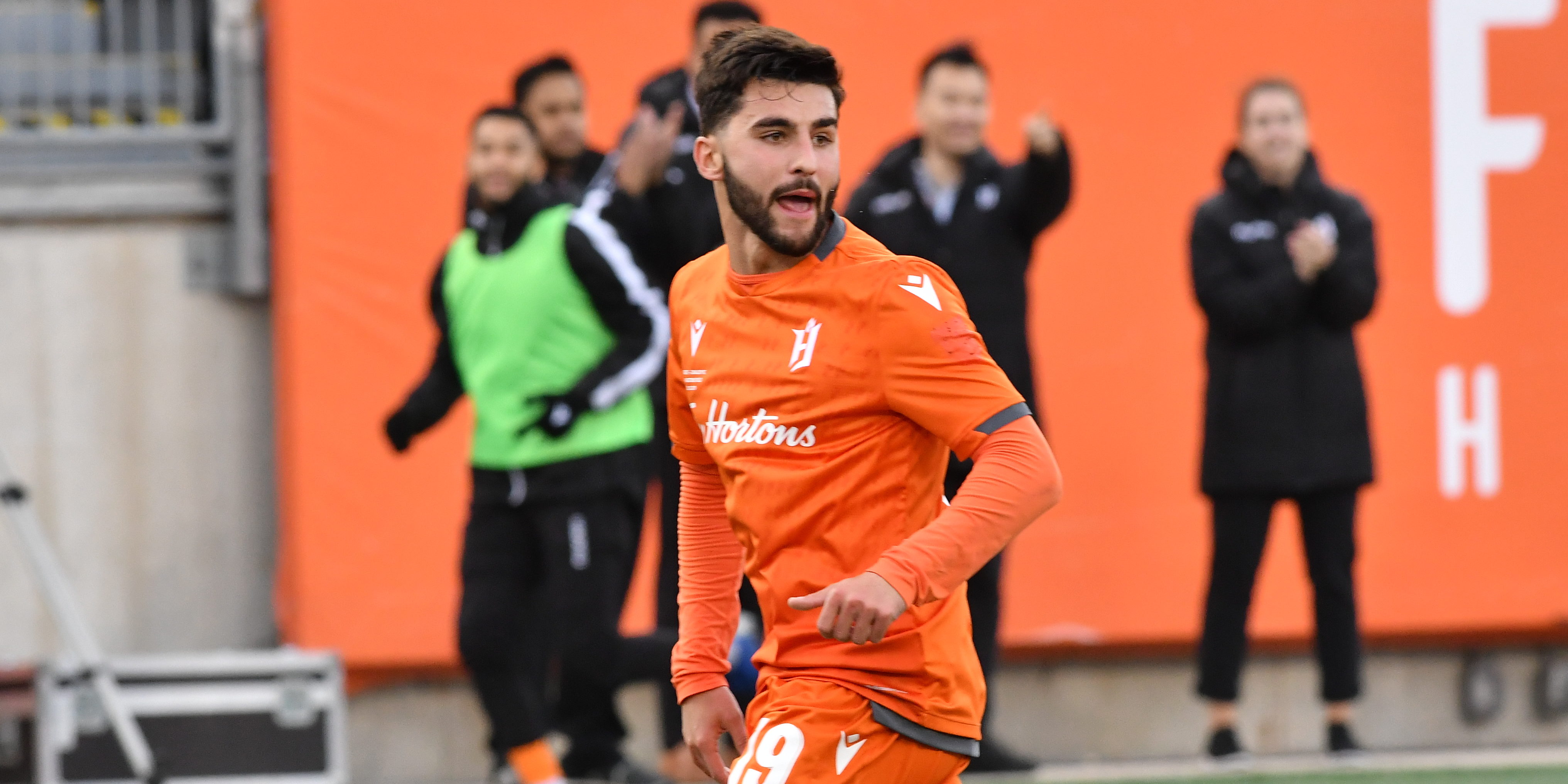 Forge FC confirmed to CanPL.ca on Sunday that they have filed an appeal with the Canada Soccer Disciplinary Committee to have Tristan Borges’ red card from Leg 1 of the Canadian Premier League Finals overturned.

Borges saw red in the 69th minute of Forge’s 1-0 win over Cavalry FC on Saturday, for an apparent kick-out at Jonathan Wheeldon after an aggressive challenge from the Cavs defender.

As it stands, Borges will miss next Saturday’s Leg 2 of Finals 2019 due to suspension.

The current Golden Boot leader, with 13 goals, had already made an impact on the match, missing a penalty kick in the first half before scoring the match’s only goal on the brink of halftime.

Cavalry’s Joel Waterman was also sent off in Leg 1 for a handball in the penalty area, and thus he’s also suspended for Leg 2. There’s no word yet on whether or not Cavalry has submitted an appeal as well.

Leg 2 of Finals 2019 is scheduled for next Saturday at ATCO Field at Spruce Meadows in Calgary (3:30 p.m. ET, 1:30 p.m. MT, watch on OneSoccer). The winner of the two-legged series will be crowned the inaugural Canadian Premier League Champion and hoist the North Star Shield.