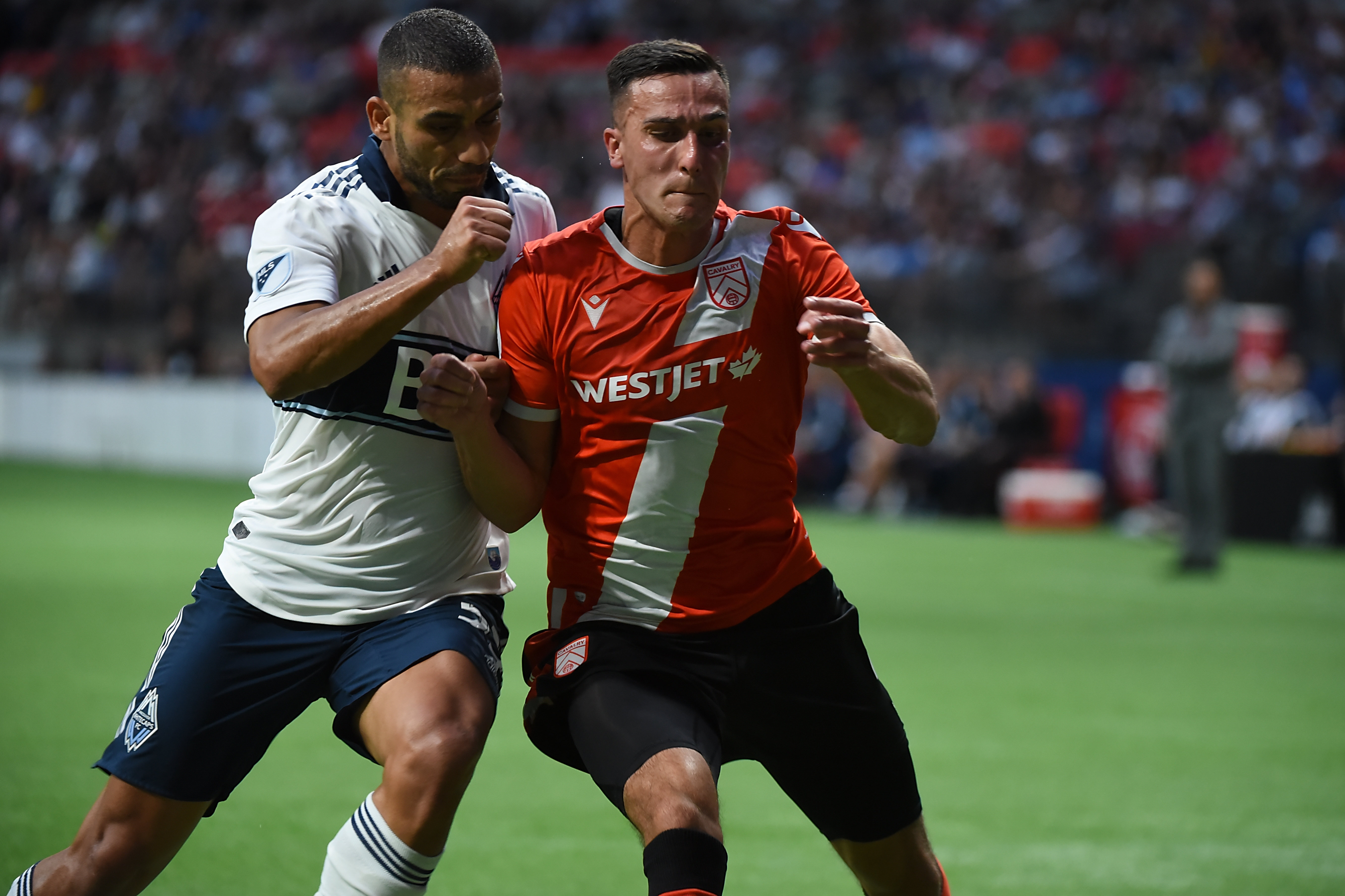 He may have fallen short in the Canadian Premier League Finals last weekend, but Cavalry FC defender Dominick Zator has earned a very special consolation prize.

On Friday, Zator was named to coach John Herdman’s 23-man roster for Canada’s CONCACAF Nations League match vs. the United States on Nov. 15 in Orlando. FC Edmonton defender Amer Didic is also part of Canada’s latest squad, earning a recall after being named to Canada’s roster in October.

Zator, 25, becomes the third CPL player to earn a Canadian national team call-up, following in the footsteps of goalkeeper and Cavalry teammate Marco Carducci, and Didic. Neither Carducci nor Didic saw action for Canada when they were called up over the last two months.

The Canada nod comes days after Zator’s Cavalry side lost 1-0 to Forge FC at home in Leg 2 of Finals 2019, allowing Forge to win the aggregate series and to be crowned the inaugural CPL Champions.

“Honestly, words can’t describe it,” Zator told CanPL.ca of being named to the Canadian squad for the first time.

“I’m overwhelmed, excited, and honoured, all that, combined. When I got that call, it was a rush of emotions through my whole body. I was at my girlfriend’s place, and Herdman called me up and just says he’s glad to tell me that I’ve been selected for the 23 players called up to the next camp. I couldn’t believe it. It was brilliant.”

Zator credits the CPL for giving him the opportunity to earn a national team call-up.

“It’s true, what the Canadian Premier League has given me is the chance to be exposed to the eyes of the national team. I don’t know what other roads I could have taken; this has given me the chance,” Zator offered.

“It’s a great platform for many other aspiring Canadians coming up through the system, if they haven’t made it through any of the MLS academies, or on the national team at any of the youth levels. There’s still always a chance, and I guess I’m the example of that now! It’s possible to still make it to this level by going through this route.”

A native of Calgary, Zator is the very definition of a local product, playing for the University of Calgary and for Calgary Foothills in two separate stints under current Cavalry coach Tommy Wheeldon Jr., and helping the club win a PDL championship in 2018. He also spent time with Whitecaps FC 2 in the USL before signing with Cavalry last December.

That Herdman summoned Zator for this upcoming game against the U.S. is hardly a surprise, as the Cavalry stalwart has established himself as one of the best defenders in the CPL this season. The six-foot-two centre back won plaudits for his all-around defensive displays and his durability (he logged 3,145 minutes of playing time in all competitions), while scoring one goal and adding two assists in 27 league appearances, and playing a major role in helping Cavalry win both the Spring and Fall campaigns.

Herdman admitted he considered Zator for Canada’s home game against the U.S. in Toronto last month, but in the end he didn’t select the Cavalry FC defender. However, Herdman at the time made it clear that Zator was clearly on his radar, and on Friday he told reporters he thinks Canada could benefit from his physical style of play in Orlando next week.

“When we were assessing him building into that first match, he’d spent a lot of time playing at centre back, or wide in a back three. In the last few weeks in the (CPL) he’s been playing in a position where we’re building depth in. He’s played at right fullback consistently now; I had a chance to watch him live in the CPL finals,” Herdman said.

“He brings a physicality and real commitment to that defensive side… One thing we may need (against the U.S.) is that solid defensive focus and physicality of a Dominick Zator.”

Canada tops Group A of the Concacaf Nations League with nine points, ahead of the U.S. (three points) and pointless Cuba. A victory or a draw in Orlando by the Canadians, who have played one extra game than the Americans, would see them win the group and advance to next summer’s Nations League finals.

The U.S. can still win Group A, but they’d have to win their last two games of the group stage (against Canada and away to Cuba), as well as make up the goal difference, which is the first tiebreaker. Currently, Canada is at plus-9, compared to plus-5 for the U.S.

Should Canada not make “the Hex,” it would be forced to compete in a secondary Concacaf qualifying competition, with the ultimate winner then facing the fourth-place finisher from “the Hex” in a two-game series. The winner of that would then have to play a home-and home playoff against a nation from outside Concacaf with a World Cup berth at stake.