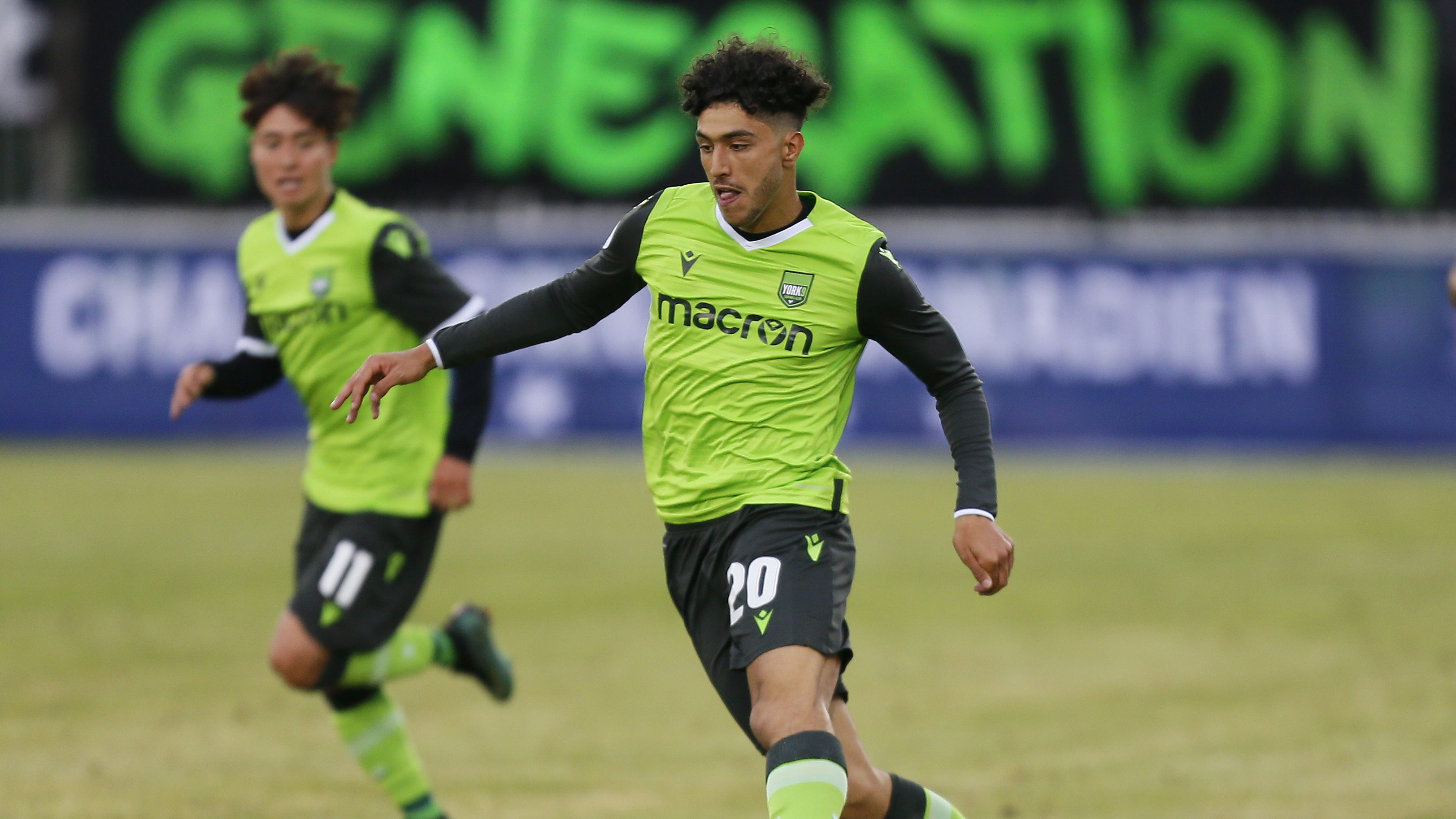 The envelopes are sealed, and the nominees are waiting.

Eleven individuals have been put forth for the 2019 Canadian Premier League Awards, which put a bow on the league’s inaugural season.

Tristan Borges is the only guaranteed winner that will be announced during Tuesday’s awards ceremony in Toronto after the Forge FC star scored 13 goals to claim the Golden Boot.

Like any series of year-end awards, there are debates to be had over who deserves to win.

With that in mind, here’s an argument for each of the six nominees who are up for the Best Under 21 Canadian Player of the Year and the Golden Glove for best goalkeeper.

Part 2, which features Coach of the Year and Player of the Year nominees, can be found here.

York9 FC’s gazelle of a left fullback is quite rightly recognized with this nomination.

The 20-year-old excelled in a tough position – and in a tough environment – with The Nine Stripes. He was a key cog that kept the motor running for Y9 through it all, providing much-needed width for the midfield, excellent balls in to the forwards and standout defensive performances as a fullback.

The Quebecer sits in the top 10 per cent of CPL defenders in just about every “per 90 minutes” passing and defending category, including key passes, line-breaking passes, interceptions, blocked shots, and successful passes.

Abzi’s potential could very well exceed Terran Campbell and Borges’, too, as a technical fullback with speed and great defensive ability. Could he grow into a winger? Or a “licence to roam” wingback in a three-at-the-back set up? Time will tell.

Get ready to hear this name a lot.

Up for Player of the Year as an under-21, Borges could walk away with three awards on Tuesday (with the Golden Boot already captured). It’s easy to forget Borges was one of the youngest players on the pitch for Forge this year.

The question is: Why does Borges deserve Best Under 21 Canadian Player of the Year? Because he was.

He was a starter right away for Bobby Smyrniotis. Remember when he rattled the bar against York9 in the Inaugural Game? He went on to do some incredible things as an anchor on Forge’s championship side, culminating in his curling winner in Leg 1 of the 2019 Canadian Premier League Finals.

To do that as a young player? As a first-year professional? Incredible. Hence why he’s up for Player of the Year, too.

Playing more than 80 minutes in 16 of 18 games, collecting a staggering 2,436 minutes as an under-21 player (the most of anyone in that age bracket), Terran Campbell proved a workhorse – and his 11 goals show it. Using his strength and positional awareness, the Burnaby native was one of the hardest attackers to mark in the league.

Look at this goal he scored against York9 FC this summer.

It’s equal parts physicality and technical prowess from the young Campbell – with a defender hugging him, Campbell so calmly redirects a cross towards the back post.

Campbell finished with a 24 per cent conversion rate in the Fall season (scoring nine goals from 37 shots), which was tops among all CPL forwards. It’s staggering for a 21-year-old to be that lethal in front of goal.

What’s more, Campbell was doing this on an under-performing team. There’s “leading the line” as a centre forward and there’s what Campbell did – pushing the offensive machine forward himself for Pacific FC.

The sky is the limit for Campbell, and 2019 showed it.

Cavalry FC’s Marco Carducci’s season can best be described in moments – several big saves from one of the league’s best shot stoppers.

There was that wicked desperation penalty save in Leg 1 of Finals 2019. And this stand-up moment against York9 FC.

The former Vancouver Whitecaps product had an incredible showing against his former team in the Canadian Championship, as Cavalry eventually upset the MLS side. Back in May, Carducci played a big part for the Cavs in their record-setting seven-match win streak, with a particular stop on FC Edmonton’s Marcus Velado Tsguye proving crucial.

York9 FC’s no. 1, just like teammate Abzi, had a difficult go of things at the back end on a team often that consistently came under pressure from opponents. The 26-year-old made a league-leading 89 saves and held a respectable save percentage (72.36 per cent) through it all.

An underrated part of Ingham’s game? Passing and moving the ball out from the back. He averaged more successful passes per 90 minutes than any other goalkeeper (27.21) according to SportLogiq, feeding the likes of Abzi with quick balls to keep the opposition on their toes.

Ingham reads the play well. Rarely caught out, he provided something rare in CPL defensive setups: veteran leadership. It’s something coach Jimmy Brennan values, as proven with a new contract for 2020.

Same as Ingham, FC Edmonton’s Connor James impressed in front of a mediocre defence this season.

The 23-year-old local product had to be creative and quick on his feet. No ‘keeper was more difficult to beat 1v1 in 2019, shown by his staggering 12 keeper sweepings (removing the ball from play aggressively).

That save will get you nominated for goalkeeper of the year #CanPL @FCEdmontonNow pic.twitter.com/xyT36z6Eil

James was aggressive but tidy as a goalkeeper, rushing out to help – but never harming– the defence when under pressure, as he made the best of a tough situation and adapted to his surroundings.

At 6’1″ James isn’t as tall as his competitors for this award, but he managed a successful campaign despite the difference in frame – seen in his seven clean sheets, second-best in the league.